The cylindrical cloth, which is the most common thing in an Indian man’s wardrobe, is being rehashed by many international brands! 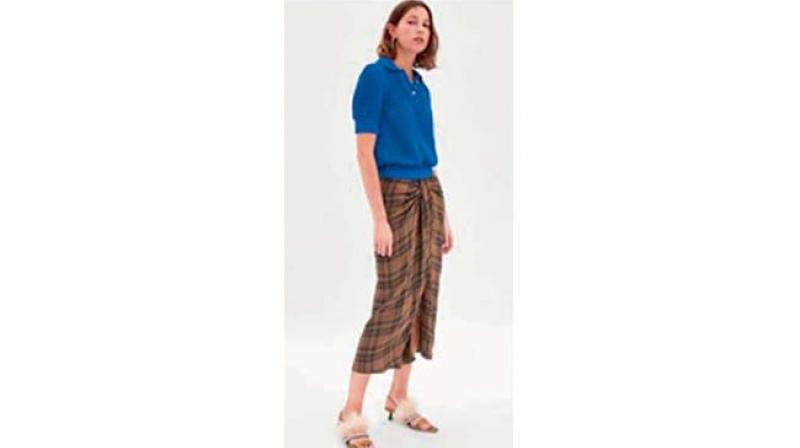 The generic lungi that Indian families are much too familiar with has caught the attention of the West. They seem to have discovered the freedom that comes with lounging lazily in the airy garment. Not surprisingly then a few companies are even giving the lungi a whole new spin. Take for example global fashion retailer Zara, which came out with a lungi-inspired skirt, describing it as a “flowing skirt with draped detail in the front”. What had people gasping about it though was the price tag of almost Rs 5,000!

More recently, a website called Longyi Brothers introduced the longyi to the world, attributing it to the Burmese coastal wear. In a video, they have tried to promote its versatility. The video demonstrates that it can be used as a scarf, a beach towel, an instant changing room, and even a bag!

Bharath Krishna, an engineer from Kerala who likes wearing lungis, thinks the Longyi Brothers’ video is an attempt to go viral. He says, “The Zara skirt may actually work abroad since it looks fashionable to a person who isn’t familiar with a lungi; but it is quite ridiculous for the Longyi Brothers to say that it can be used as a scarf, a bag, etc. They tried to make a catchy video that they hoped would go viral, but I don’t think it’s working!”

For a marketing point of view on the topic, who better to comment than ad guru Prahlad Kakkar? A big fan of lungis and dhotis himself, Prahlad says, “I don’t think it will ever become fashionable in India because it is a daily wear! It’s like reintroducing jeans or overalls to mid-west America and telling them that it’s fashion. So maybe there’s a chance that it could work abroad.”

Prahlad also reveals that it isn’t the first time that such a rehash has been attempted. “In Punjab, before the partition, men used to wear the kaccha as underwears. It came with a nada. These became boxers in the West. They’re not burmudas or shorts but are underwears which people can be seen hanging out in, just like the people in Punjab wore at home.”

Piyush Pandey, another big-wig in the ad sector comments on the Longyi Brothers’ video, “People are not that stupid to fall for such thoings. When I saw the video, I thought someone had made it as a joke.”

But those in the fashion industry seem more positive. Celebrity stylist Indrakshi Patnaik says, “I definitely think the lungi could be a look that can hit the runway or even social gatherings. It’s all about how you style and accessorise it. You can pair a lungi with a neat blazer and it will be great for the summer.”

With such stark reviews, maybe it’s best to wait and watch what new avatars the lungi will adopt in the future.