The sartorial choices of celebrities go through plenty of scrutiny but it isn’t fair to slam the stylist alone for an outfit gone bad? 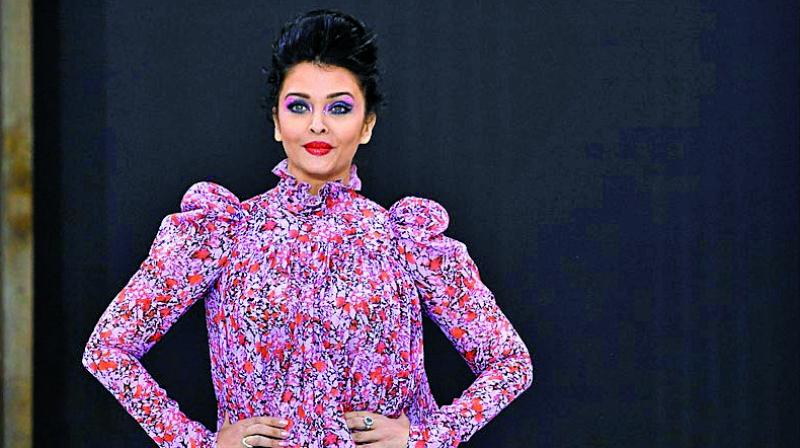 When Bollywood heartthrob Aishwarya Rai Bachchan recently walked at the Paris Fashion Week wearing a pink asymmetrical floral dress by Giambattista Valli, along with fringed floppy footwear, a high bun and sparkly eyes, little did she know that a storm would ensue. Many slammed the look and her stylist!

Eshaa Amin, stylist to Karishma Kapoor, Jahvni Kapoor and Pooja Hedge believes a dress that comes out on the runway or red carpet is a shared responsibility and in Ash’s case, it was probably a joint decision with the stylist or designer. “Ash is one of the most powerful celebs, do you think anyone can force her to wear something that she doesn’t like or approve of?” asks Amin, adding, “A stylist shows many dresses and gives her opinion, the rest is on the celeb and what she leans towards. This wasn’t her best look, it could have easily been avoided, but blaming the stylist is not correct.”

There is a lot of pressure on celebrities to get the “package” right for public appearances as it can backfire quite severely, but the challenge is to make the star look different and unique each time. Stylists have to ensure that no other celeb has worn that dress, similar colour or aesthetics before. “If a celeb tells us they are not comfortable wearing something, it is taken off the table, but in this case, Ash didn’t protest so everyone went with it,” adds Amin.

Actors also come with a certain fixed mindset whereas a stylist brings in interesting silhouettes and prints in keeping with the event, time and weather. If you look at minor transgressions on the red carpet, there was also the recent case of Deepika Padukone and her purple Gaurav Gupta dress with feathers for the IFFA event which could have been more “fashion forward”, believes Amin.

Jahnvi Bansal, ex-stylist at Elle says it was one of Deepika’s worst looks, and a complete detour from her usually elegant and sophisticated appearances. This time, she was virtually unrecognisable, as if her whole personality had changed. “I was shocked to see Deepika in what people called a ‘purple mess’. She was trolled too, until husband Ranveer commented ‘I purple you’.

Social media and the hard sell, the need to get attention and to make a point always sometimes makes you fall into a trap,” says Jahnvi, who has styled Kiran Rao and Rasika Duggal in the past.

Bansal admits that during an ad campaign or print shoot, she can take all the calls regarding dress selection and hair and make-up, but when a star is involved, there is a paradigm shift. “We have to look at how the star is perceived in the public space, what her past looks have been, body proportions as well as image. Ultimately, the celeb always has an upper hand in making the final call,” she says.

Interestingly, each person with an active Instagram believes they have a right to an opinion while the star feels that if they have nailed the look, nothing else matters. “As far as Ash goes, a lot of people hated the lavender lipstick she wore at Cannes a few years ago for the promotion of her film Sarbjit,” adds Bansal.

But Ash had coolly commented then, “I work with L’Oreal, it’s their prerogative and I am cool about it... I get to work with great professionals.”

In 2013, when Vidya Balan went to Cannes, she found herself at the receiving end of unkind remarks — such as calling her “an aged nun from a convent” to “her long strings of pearls and beads made her look  silly.” While some said she was trying to copy the Rajmata’s style, others asked her to publically “ditch” her then guru Sabyasachi Mukherjee for giving her long sleeve blouses, a nath and lehenga with a pallu! “The best advice a stylist can give is to be effortless and be yourself, only then can you do justice to what you wear,” concludes Bansal. Designers Narendra Kumar and Suneet Varma agree that it is a joint responsibility. The stylist is no doubt an integral part of a celeb’s communication team, but given that the first look is everything in today’s shrinking world of social media, believes Varma.