Days after the star-studded launch, Shweta Bachchan Nanda and Monisha Jaising’s fashion label MxS has now been accused of plagiarism. 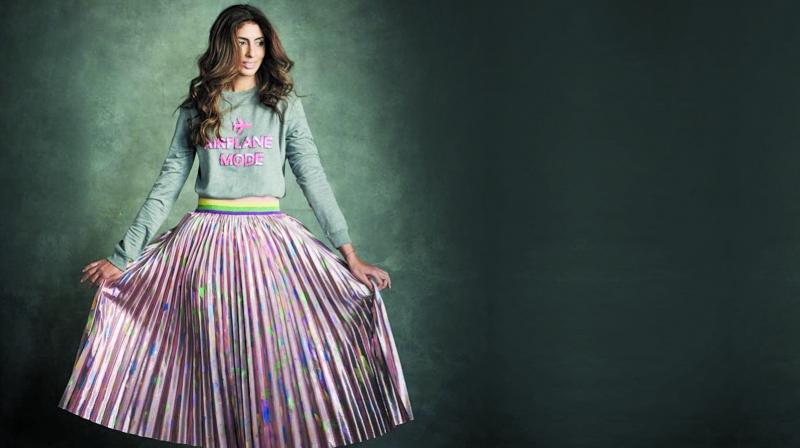 Shweta Bachchan Nanda was the talk of fashion circles as she recently launched her fashion label, MxS, in association with designer Monisha Jaising. However, just days after the star-studded launch, the designers have been accused of plagiarism by Diet Sabya, an Instagram account. The account, which has over a 100,000 followers, is infamous for pulling up the biggest names in the business for instances of plagiarism. While designers often face the account’s wrath, stylists and actresses too find themselves being shamed with the hashtags #gandi #copy

The MxS outfit in question is a grey sweatshirt with the words ‘Airplane Mode’ emblazoned on it. The fashion police at Diet Sabya was quick to point out that the sweatshirt bore an uncanny resemblance to a sweatshirt sold by the brand The Laundry Room. The post said, “When you google ‘Airplane Mode Sweatshirt’ - the first search that pops-up is a little known loungewear brand called, @tlroom. The brand retails out of @nordstromnyc, and is known for its cool girl vibe, comfy sweats and chill silhouettes. And, now @monishajaising and @shwetabachchan’s new brand - @mxsworld - has the same sweatshirt with the exact same slogan. So, who do we blame the mess on? (sic)” 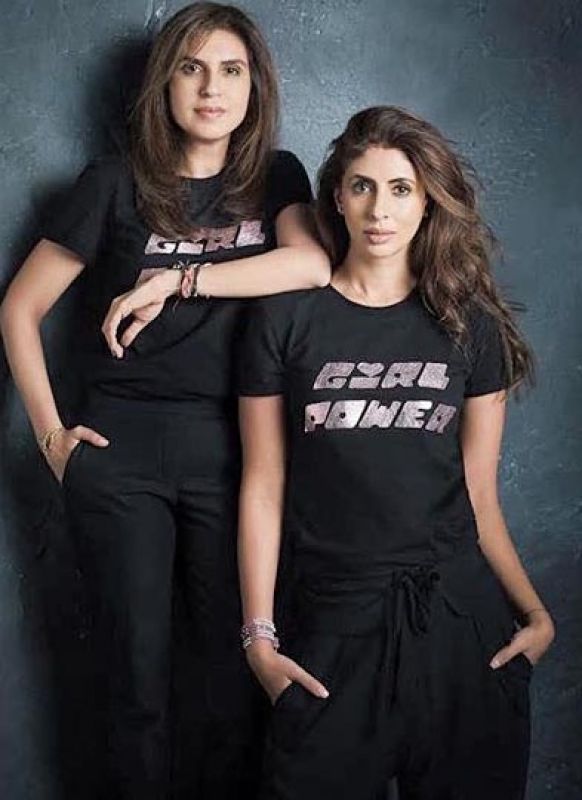 Commenting on the fashion faux pas, designer Amy Billimoria says, “Getting inspired and absolutely replicating are two different things. If somebody is inspired by street fashion and uses it as a styling, then that is not called copying. But over here, the two designs are very similar. Even if you’re inspired, you can change the words or write it differently. Since someone has already done an identical thing earlier, the idea credit should go to the original creators.”

Designer Tanya Sharma, however, feels that the accusation is absurd. Highlighting the proliferation of Gen Z-friendly slang, she says, “Airplane Mode is a coinage anybody can come up with. I don’t think the designers have copied it from a label; it’s just a coincidence. It’s like the words ‘swag’ or ‘selfie’, these are terms that are trending right now, and many make use of them to connect with youngsters.” The designer, however, feels that silhouettes cannot be replicated. “Silhouettes cannot be plagiarised, like a unique collar or a jumpsuit saree. Then you know it is being copied. Pattern making is something that is unique to a designer,” adds Tanya. Stylist Tanya Ghavri too agrees that using generic coinages doesn’t fall into the realm of plagiarism. “I don’t think this can be called copying,” she says, “There are so many such generic words or coinages out there. Also, you can’t trademark such coinages, unless a big label has come up with it and the coinage is unique. For instance, Christian Dior came up with ‘J’adore Dior’; now, this is unique. But something like ‘Airplane Mode’ cannot be considered plagiarism.”

While instances of plagiarism aren’t rare in the fashion world, with even bigwigs like Christian Dior and Michael Kors being accused of being too heavily “inspired” by the works of other designers, especially lesser-known ones, stylist Aastha Sharma explains why this happens. “There are so many upcoming designers who sell their works on e-commerce websites. It becomes hard to keep track of all the styles out there. We do our best to stay updated, and plagiarism is wrong, but sometimes, you can slip. All one can do is be careful not to repeat a mistake like that in the future,” she says.

But Amy, however, feels that copying is intentional and not something that happens by mistake. “Only when you see a design can you copy it because two minds cannot create an identical design. The end product will come out differently. So, something cannot look identical unless it’s a copy,” she concludes.