Clothes are everything as they shape a person’s personality, says fashion diva Ritu Beri. 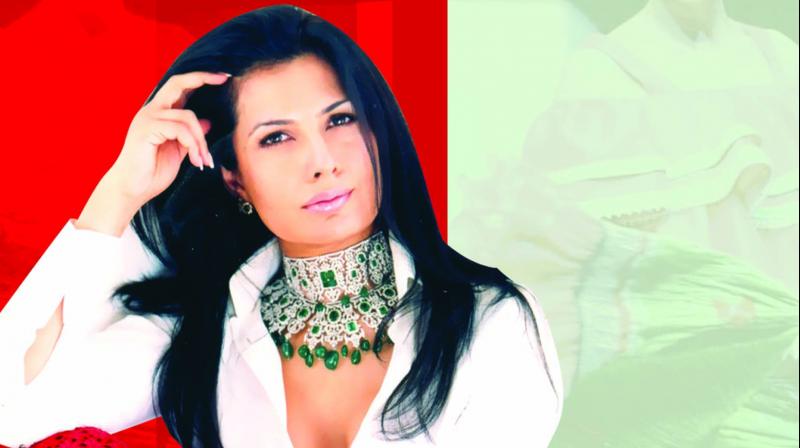 While dress-shopping is one of the greatest stress reliever for any girl, that’s not the only role clothes play in our lives.

Fashion is more about being well dressed and trendy all the time, feels fashion czarina Ritu Beri, who has recently been appointed as the cultural and tourism ambassador of Uzbekistan in India.

She feels with the exposure to international fashion brands in India, the consumer has become more aware and open to daily dressing. “They also realise the effort that goes into designer clothes, and are willing to pay the price for it,” she says. According to her Indian fashion industry has evolved over last two decades, going through tremendous transformation. “Back then fashion was viewed as only a diversion for the small group of elites, where it was more to do with ritual dressing like dressing up for weddings, festivals, receptions etc.

While dress-shopping is one of the greatest stress reliever for any girl, that’s not the only role clothes play in our lives.

Ritu opines, “Clothes are everything. They shape a person’s personality. I like it when people dress according to their body type and not wear anything just because it’s trending.”

Her recognition as the brand ambassador of Uzbekistan is backed by her stellar contribution towards bringing two countries together by way of her fusing cultures in her clothes line. She is the first Indian to be appointed to this position.

Farhod Arziev, Ambassador of Uzbekistan says, “Though she had already been doing lot of work at her personal level, now there is official recognition of her work. Her work would lead to start of movement which brings greater closeness between the two countries,” adding this collaboration aims at bringing both the countries closer.

The international icon shares how she thinks fashion industry can contribute towards various social causes in our country. She says, “Fashion in many ways is empowering and liberating at the same time, if approached with the right intention. It is an education in itself. There has been much more awareness and responsiveness to women’s issues in the recent past and like all other industries, fashion too contributed to it in many ways.”

She believes things are changing, especially girls are becoming much more conscious of their rights as education plays a very important role in society to fight any issue.

Ritu launched her label in 1990 when India was still awakening to the couture era. She forayed into France, and as a protégé of embroidery maestro Francois Lesage she became the first Indian fashion ambassador to show on the catwalks of Paris. Her presentations gave the French fashion connoisseurs a glimpse of mystical India. She then traveled the globe showing her creations to critical acclaim. She is the recipient of the prestigious French honor, Chevaliere des art et des Lettres award. Former US President Mr. Bill Clinton, Hollywood celebrities like Nicole Kidnam, Ivana Trump, Supermodels, famous Parisian Socialites, to the Prima Donna of Indian Movies and a bevy of many others have worn the Ritu Beri label.

Spending time with family is the fashionista’s favourite leisure time.

For an international diva like her tackling a low phase in life can be a huge inspiration for budding fashion enthusiasts. Her simple solution to all such depressive situations is, “When the going gets tough, the tough gets going and my motto is #HappyIrrespective.”