Expressing his pride over the same, megastar Big B said, "Fashion just got fancier." 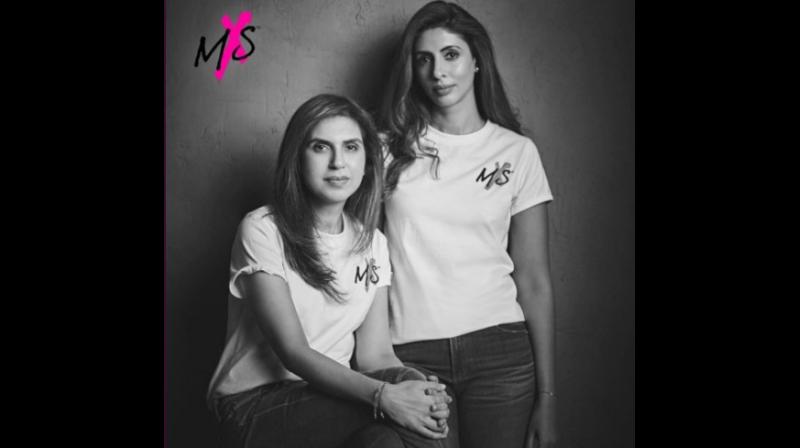 The Bachchan family has flaunted designs of Monisha Jaising on several occasions in the past. (Twitter Screengrab/ SrBachchan)

Mumbai: After trying her hands on acting, Sweta Nanda Bachchan is all set to add another feather to her hat, by bringing up her fashion line in collaboration with designer Monisha Jaising.

The Bachchan family has flaunted designs of Monisha Jaising on several occasions in the past.

Earlier, Shweta made her screen debut alongside her megastar father in an advertisement for a jewellery brand. However, the ad was later withdrawn after legal action was threatened against them for portraying bank employees in a negative light.

In the commercial, Big-B is seen visiting a bank with his daughter to return the extra amount of pension he received, where he is met with an unprofessional and non-cooperative employee, who suggest him to keep the additional amount.

The advertisement series caused huge outrage among the banking community across the country, which accused the jewellery brand of creating a distrust among the public in the banking system.

Meanwhile, the 75-year-old 'Piku' star is currently shooting for 'Brahmastra' alongside Ranbir Kapoor and Alia Bhatt.