India’s social-media stars reveal how they made it big 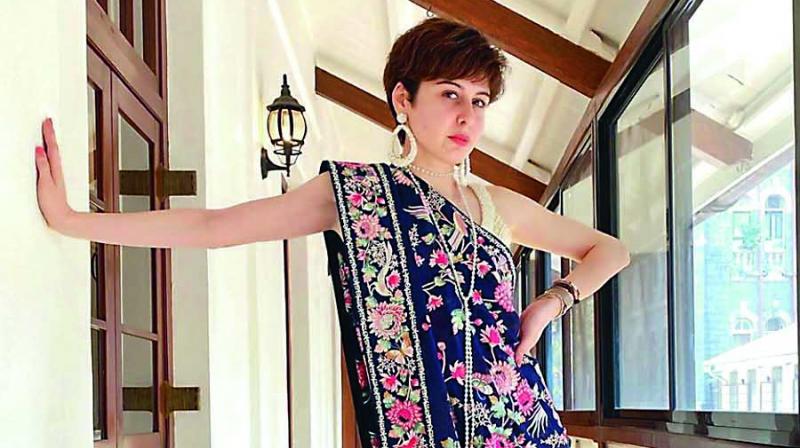 Forget movie stars being a social media star seems more enticing today. For starters, it’s more achievable than the former. It brings you fame, celebrity status, loads of money and the joy of being your own boss. Moreover, you can turn talent into business.

For instance, Huda Kattan started off as a make-up artist, with her blog called Huda Beauty, advising on cosmetics, application, etc. It proved to be such a hit with followers, she started her own incredibly successful beauty line called Huda. Today, her @hudabeauty handle on Instagram has 42 million followers!

Twenty-five-year-old Cameron Dallas started his ‘career’ playing pranks on friends and family. Today, he’s one of the most popular YouTubers and Vine account holders, with 20 million followers on Instagram, 11 million on Twitter and 8.1 million on Vine. Having even starred on Netflix shows, he makes more money than one can imagine.

Then there are other well-known social-media influencers, such as Kylie Jenner, who’s paid a whopping $1.2 million dollars per Insta post. (Even footballer Christiano Ronaldo gets only $1 million per post.)

So, how tempting is this field?

We took inputs from some of India’s most popular influencers who’re now recognisable brands. At a Young Ficci Ladies Organisation event before the lockdown, they spoke to the audience about their path to success, the dos and don’ts of being influencers and their goals.

Does social media success come down to the number of ‘Likes’ per post? How important are ‘Likes’? And how much does audience engagement matter?

“Personally, besides images of babies, puppies and my friends, I don’t hit ‘Like’ on 90% of posts on my timeline, even if I screenshot an image or two for later,” shares Mitali Patel of House of Miso.

She believes younger people with younger audiences may have more active users and ‘Likes’. But she’s aware that her audience has grown with her, and it’s to them she gives her content too.

Masoom Minawala, India’s most popular luxury blogger considers an image to be just a fleeting moment. “You’ll post pictures every two hours. So, what matters is who your audience is,” says Masoom, who considers this a fulltime job. “I study my audience and it’s about the impact I can drive. The post may not have got the largest number of ‘Likes’, but it would’ve still sold 75 lehengas!”

Most influencers agree that when they began, young and starry-eyed, they allowed brands to dictate terms to them. Not so anymore!
Over the years, Scherezade has firmed up her policy when dealing with brands.

“Branded content is just 10% of my work. When brands enquire about how much sales I can generate, I say zero. We’re about educating people about a product and raising awareness towards it, not selling it,” says Scherezade.
Diipa also puts her foot down with brands.

“I let them know that they cannot dictate terms to us, asking us to use this hashtag or that handle. We’re working on the audience’s social media pulse and won’t be pushed around because our audience knows when things are forced,” she explains.

Bringing in the moolah

Depending upon the collaboration, payment models vary from a flat amount for a post to sales percentages.

Mitali,  who is in her 30s, got a design fee and a percentage of sales when they co-designed for a jewellery brand. Masoom usually shares a price list for different categories of posts with clients. Diipa hopes for a percentage in the company in exchange of promoting the brand.

Today, you need to keep it real, even on Instagram. Most influencers agree that the key’s in telling your story. Mitali recently revealed her no-make-up look with an eye infection on her posts. Promote stuff you would be happy with your kids viewing too, she advises.
Also, the content’s the key and you must be consistent with it. Posting once a week on Insta won’t do.

One of the downsides of social media is the nasty things trolls believe they can say. Scherezade got a lot of hate for her political views on her channel. One of her followers said, “Why don’t you ask your husband to explain the law?” But she replied, “I went to law school, I think I can explain that better.”
But is trolling controllable?

Mitali thinks the best way to curate followers is by choosing the content you post. For example, posts with a lot of skin show will attract a certain type of audience.