The Asian Age asks local designers what they think about this trend. 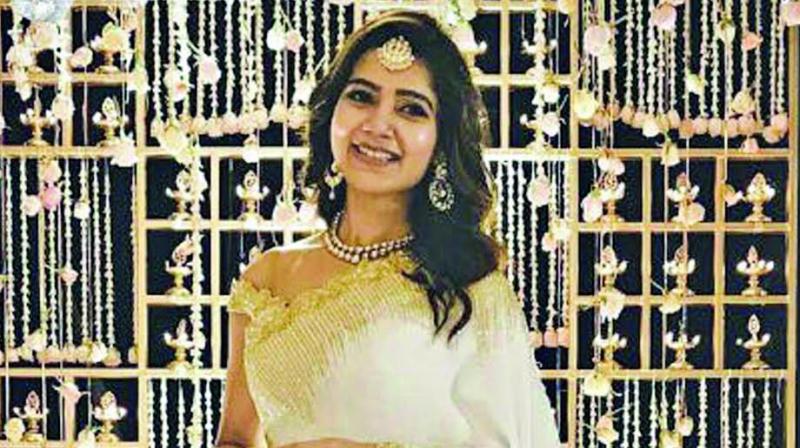 Samantha in her engagement saree

Fashion doesn’t always need to be about wearing whatever is trending and right off the rack. For a lot of celebrities, fashion and a personal sense of style entails telling a story and commemorating impactful life events and people. Although Janelle Monae made a splash on red carpets recently as both her movies, Moonlight and Hidden Figures, received acclaim, few know the story behind her sartorial choices. A while back, she made the revelation that she only wears black and white as an ode to the workers — herself having worked as a maid before her music career took off, her mother worked as a janitor, her step-father a postman and father a waste collector. Closer home, Samantha Ruth Prabhu created a buzz online as she donned a saree with her love story embroidered on it, for her engagement to Naga Chaitanya. Could personalised storytelling through style and couture become the next big thing? We ask designers in the city to share their thoughts.

Designer Rehane says, “I think it’s great. If you’re this passionate about movements or events in your life and want it to become conversation, this is a brilliant way of doing it. But one also needs to evolve.” She goes on to say, “One doesn’t need to look at the West to see statements being made in wardrobes. Choreographer Sunil Menon doesn’t wear anything made of leather, Amala Paul also does not wear silk — these are all statements that reflect the person. Even politicians make statements through their dressing, you can see them wearing Jayalalithaa and Karunanidhi rings as well. It’s been done since forever.” She also mentions that she finds Samantha’s engagement saree cute and unique, “In fact, someone just recently asked me to make a ghagra with their love story of meeting in university in London the other day. I think this was a novel idea.” 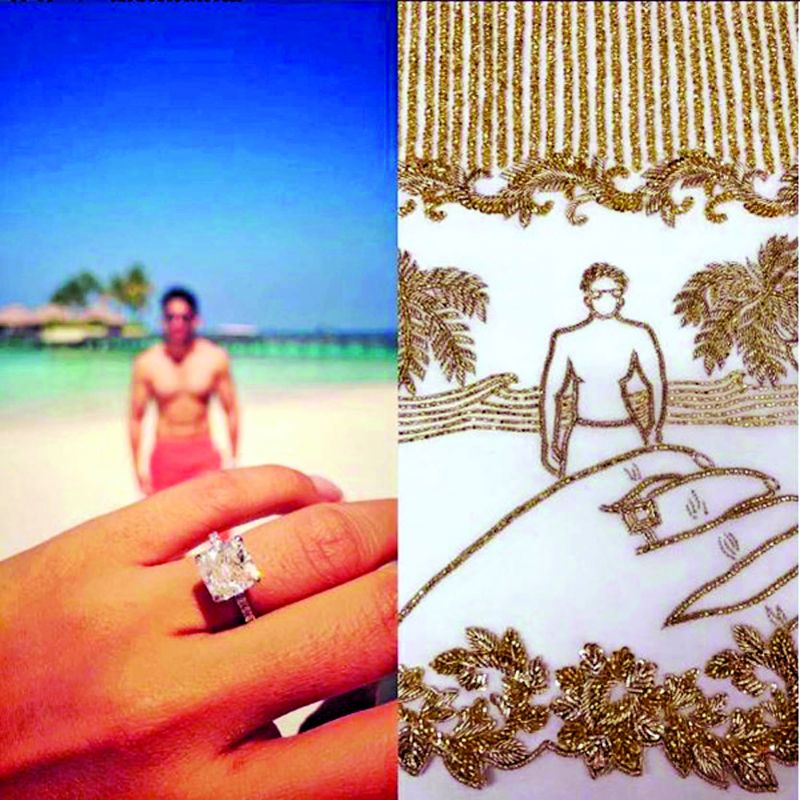 Another renowned designer in the city, Lakshmi Krishnaswamy, welcomes the new trend, “It’s great that fashion can go beyond just being glamorous and become a statement. It’s much more creative and personal. I don’t believe this is a trend, it works according to what you feel. Speaking about inspirations closer home, she says, “I’ve had a lot of women come to me with ideas of turning their mother’s wedding outfits into suits, dupattas and lehengas as a homage to the most influential women in their lives.”

“I don’t think this style will fade, it’s been around for a while. Celebrities like Madonna and Gaga have adapted and created their own unique styles,” starts designer Shilpa Vimmuti and goes on to say, “Sonam Kapoor also sported a clutch with her movie’s name Neerja on it. So, the Indian red carpet is also seeing such customisations. Recently, a client came to me wanting her name and her fiancé’s name embroidered on her saree’s pallu.”