Although based on a similar theme, the couple’s work is distinctly different from each other’s. 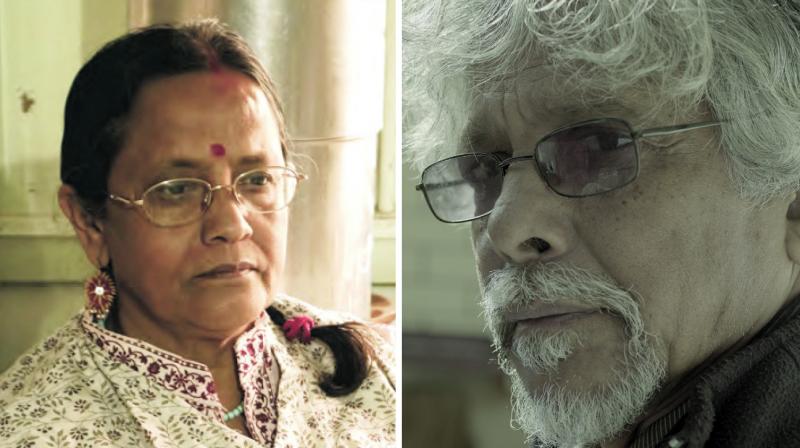 Almost 80 paintings and sculptures of the duo will be displayed at the week-long exhibition.

It was during their student years in Shantiniketan, West Bengal, that artist couple Sharmila and Haren Thakur were enticed by the tribal way of life. The tribals’ perceptions, symbols and imageries deeply influence the two. Eventually, abandoning aspirations to live in the fast lanes, the duo settled in Ranchi, Jharkhand, to remain closer to the tribal communities. In a weeklong exhibition, they will showcase their work under the title Tribal Musings.

“There is nothing much to intellectualise or theorise here, we are not trying to break any barriers or stir any controversies. But it is about pure expression of simplicity, just like the men and women from different tribes,” describes Haren.

After years of living in closeproximity with various adivasis such as Santhals (settled agriculturalists) or Birhor (the hunter-gatherer types) Haren says, “They could trust anybody, share an innate and intimate relationship with their surroundings and they are usually happy people, which is why, it is often said that there is a certain singsong in the way they talk and it seems they dance while they walk,” he points out. 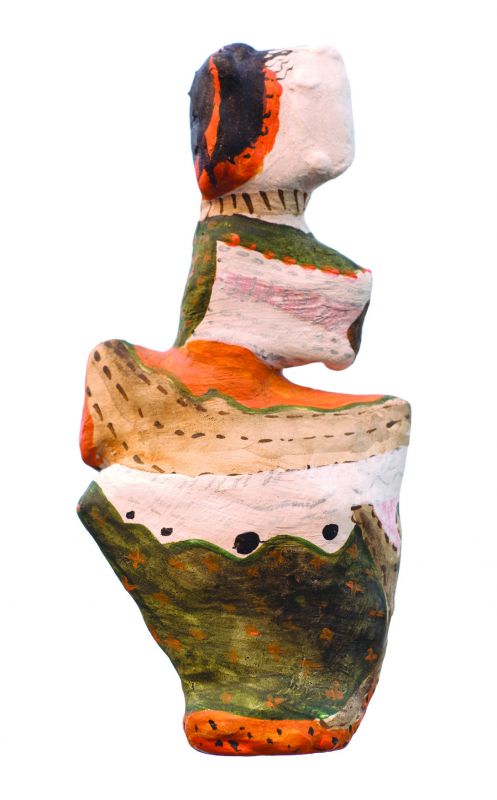 Although based on a similar theme, the couple’s work is distinctly different from each other’s. “In Sharmila’s work you’d see more vibrant colours and many are relief paintings. She uses almost childish imageries for effect,” says Haren on behalf of his wife.

In his own work, Haren uses muted colours. When asked how they manage to work in two different ways he quips, “We work in two separate rooms!”

Having studied under some of the stalwarts of Indian art, he laments the sorry state of art education today. “I was lucky to have Kindar da (Ramkinkar Baij) come to Kala Bhavan. His presence was enough to lift up the mood of us students. We were lucky to have not only him but others like Vinod Bihari, Somnath Hore and others to teach us the true essence of Indian art which was never really concerned with the anatomy of the body but more interested in the inner self,” he says.

In both —their paintings and sculptures, the natural elements are in abundance. It is a reaction, perhaps, to the lack of it in the area they live in. “Forest are being cleared, mountains are being levelled, all for the sake of development. I understand it is indeed essential, but hills shouldn’t be touched, and if one is cutting a tree down, they should also plant another one in its place. This idea of ecosystem is intrinsic to the tribals and one cannot help but take their eyes away from these predicaments,” Haren adds.

The artists, who are originally from Bengal, have made Jharkhand their home for about 40 years. “Once at an exhibition of our work that we had put up, a well intentioned friend asked me why don’t we shift to Calcutta. Since our work is so good and people seem to like them. To this another art critic friend had replied: ‘If we changed our base to any of these cities, our art would get polluted’. I believe that statement too,” he says, reasserting his stance on his choice of ‘home’.

Tribal Musing will be going on till April 3, At Jehangir Art Gallery, Kala Ghoda