On a wire, the unpierced one

Film artist Ashish Avikunthak has successfully managed for two decades, in his own ways, to be free, from market pressures. 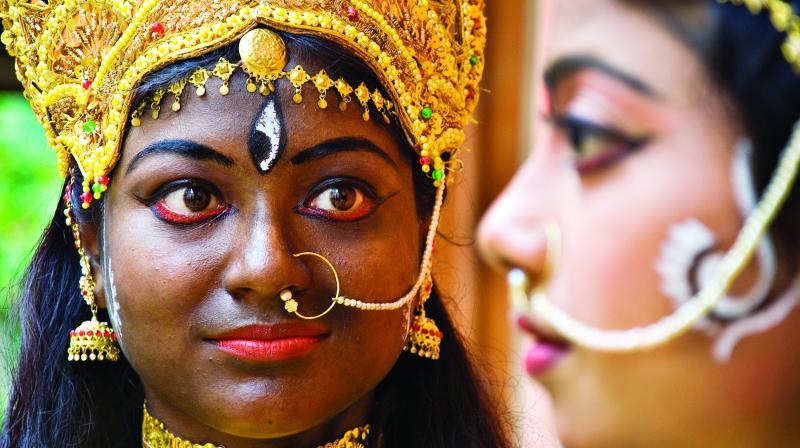 Film artist Ashish Chadha, better known as Ashish Avikunthak, has been making his kind of cinema for the past two decades — with seven short films and five features under his proverbial belt. Aapothkalin Trikalika (The Kali of Emergency), a 79-minute feature length Bengali fiction, his latest, has been selected for 67th Berlin Film Festival, making it the first Indian feature length fiction narrative film to be shown in the festival’s most experimental vertical, Forum Expanded.

To understand his method of filmmaking, Ashish draws an analogy that he often shares in his class at the University of Rhode Island where he teaches. “There are two predominant kinds of filmmaking — one which I call the Coca Cola filmmaking, which is the big commercial cinema. The films are formulaic, popular and meant for mass consumption. The primary motive of such films is to make money for the producer and the audience goes for entertainment,” he says. 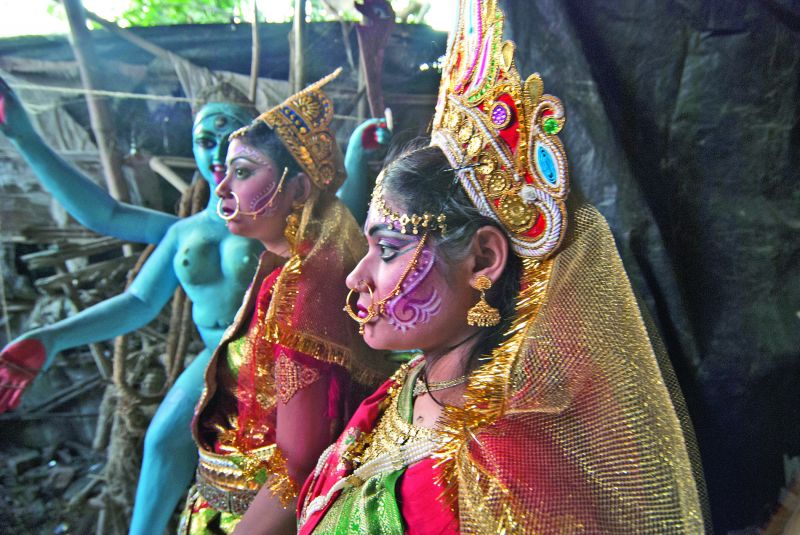 “The other kind,” he further adds, “Is wine filmmaking. This is the art house filmmaking. These are carefully curated products and it is pretty much part of a market and is also highly corporatised.” He falls into none of the said categories. “Then there is the third kind of filmmaking and I belong to this type, which I call the mahua filmmaking,” he points out. “Mahua, the home brew produced by adivasis, are absolutely homemade and more than selling, it is about sharing,” he explains.

Much like his analogy, his films have often divided cinephiles into three categories — one, who rejects his work because it ‘too difficult’; two, who are constantly trying to engage with his work and; the third kind, who are unaware of his or his works’ existence or have no access to watch them. “I’m not making films for money or popularity. For me, making films is a way to live life. I don’t make films to declare how smartly I look at the world. For me it’s sadhana, a practice of living and I’m pretty detached to what happens to my films. Of course I am happy that Aapothkalin has been selected at Berlinale but had it not been, I would have kept making films anyhow,” says the filmmaker who is currently working on five different feature length films.

At a time when data reveals a rise in the sale of dystopian literature, Aapothkalin seems to be quite timely. According to the filmmaker, the film asks an allegorical question — how do the Gods and Goddess act in the volatility of the contemporary world? If they walk on earth as men and women, how do they endure the chaos of modernity? “We are living in terrible times,” he remarks, further adding, “in the hyper capitalism market society, where nothing is outside the space of market, ideas and art are deeply compromised. You go to any of the temples, and you see they look like Disneyland. Earlier the state at least had some ethics but today, obscene capitalism has given the power in the hand of corporations, who just want money.”

This, he points out, is a sign of ‘perpetual emergency.’ “And I would say if ’90s was the twilight, we have reached the darkness of 8 o’clock. We’re yet to reach the midnight darkness.”

While growing up in Kalighat, as a ‘non-Bengali’, he “flirted” with student politics. It was in those formidable years, when he would try his hand at poetry, that he thought of using ‘Avikunthak’ as his last name instead. “I didn’t know what it meant then. It was nonsensical to my ears but I liked the sound of the word,” he says. Later, a professor of Sanskrit broke it down for him. In Sanskrit, avi means negation, kun means pierce and thak is a suffix, which would mean belonging. “So in a way, it would mean ‘the unpierced one’, if it makes any sense,” he says. In his film practice, Ashish admittedly tries to escape the piercing market pressures and remains true to his form without compromise.

His films are deliberately anti-realist. Non-realistic or anti-realistic acting and dialogues in sadhu bhasha are two of the most defining characteristics of Ashish’s work. “Language is essential to Indian tradition. While other civilisations created architectural monuments, the Vedic world created oral monuments,” he says. One of the reason, he says, is to dislocate the “hegemony of images”. “In my cinema, orality is very important because I write a series of dialogues first, instead of a story,” he says. The peak of his idea of orality in cinema was perhaps manifested in Rati Chakravyuh (2013), a 106-minute single take film where the camera goes in a circle while six young newlywed couples and a priestess talk about “life, death, beginning, end and everything in between.”

To point at the nuanced, grey tonality of his films, he says, “My films have a direct relationship to what I am, albeit with some dilution as it’s a re-presentation after all.” But he wants his audience to approach his films like a walk on a beach or in a picturesque hill side. “A commercial film experience is intense and overwhelming. But I would like to think of my films as the waves of ocean or the cool breeze in the mountains, which would make one aware of the subtlety in nature and our own existence,” he concludes.