Now, she’s launching a forum for women to come together, tell their stories, and get their burdens off their chests. 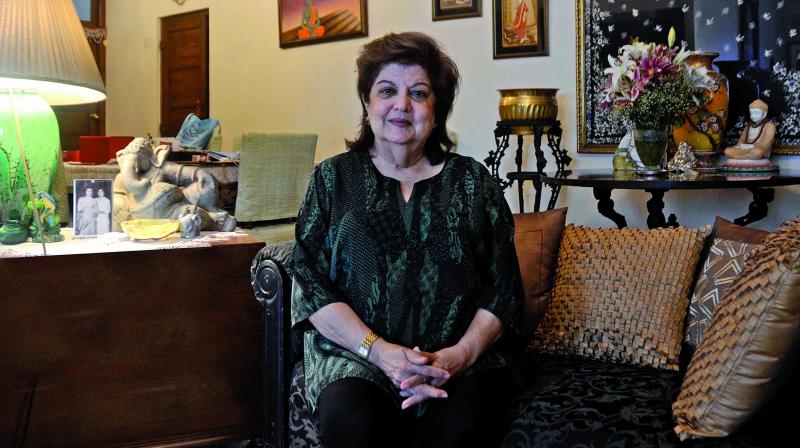 All our childhood teachings implore us to love one another. But as we grow and the world deals us painful blows, our natural tendencies of self-preservation kick in. We develop attitudes of mistrust that allow us to perceive others as different from ourselves. Ultimately, we have reached a point where no one’s listening to anyone, and everyone’s afraid of being judged.

Veteran theatre personality Mahabanoo Mody-Kotwal, best known for her play Vagina Monologues, has had many a heart-to-heart with distressed women. Some of them backstage, in the moments after a staging of her play, when audience members stop by to share their own anecdotes, and others in the more intimate setting of her home. Over the years, she’s realised that all people seek is some empathy, which can be so hard to find these days. And that’s why she’s set up a platform for women to share their stories without the fear of being judged. “I have been thinking about this for a very long time. When I hear people’s stories, I realise that all they need is someone to listen to them. We all talk, but hardly anybody listens,” Mahabanoo says.

A while ago, she watched a video of a man sitting in the middle of a public square somewhere in Europe, asking people to share their stories with him. “That’s when I thought that I should also do something like that. I feel, if someone just listens to what they have to say, maybe people will not turn to suicide,” the actress says.

Now, she’s launching a forum for women to come together, tell their stories, and get their burdens off their chests. With the tagline “Solidarity, sharing, strength and survival”, her venture is all about talking and listening, both of which can be therapeutic.

“When one person shares their story, others empathise and talk about their experiences in similar situations, and how they’ve overcome similar challenges. If needed, we will point people in the direction of counsellors,” she explains, adding that the goal is not to evoke sympathy or pity, but to help each other.

The first session will be a trial one, with just a handful of people. One of Mahabanoo’s biggest challenges so far has been finding a suitable venue, but she’s settled on one. And now, she’s ready to help women tackle their problems.

“Women are not empowered. When we make our own decisions, we feel empowered, we lead our lives the way we want to, and not how our brothers want us to. We do things according to what we think is right for us,” the thespian says. She adds that the situation is even worse at the grassroots level, where women are not educated, as education is the primary path to empowerment.

And while’s she’s a supporter of the Prime Ministers’s Beti Bachao Beti Padhao campaign, she says, “First, you have to let the beti live, but you kill her when she’s a foetus!”

“Unless women themselves want to improve their lives, change is difficult. According to me, religion and politics should have no place in a woman’s life. If a woman wants to be a politician, that’s a different thing, I am not talking about that,” she asserts.

Mahabanoo feels that today’s entertainment features, TV shows in particular, are doing women no favours. “They show utter rubbish! Regressive thinking is being meted out to women. Things like this should be banned,” she says.

She also feels that feminism is misrepresented and misunderstood in society. “Burning bras is not today’s feminism. Such gimmicks were used when the movement was its starting point. Today, feminism is just a radical notion that women are human beings, that’s all. We are human beings and should be treated equally,” the actress says.

Does today’s feminism entail preferential treatment for women and require men to be chivalrous? “No, I don’t expect men to vacate their seats for me in a bus. Nobody should expect that unless it’s an old person. In that case, an elderly man should also be given a seat out of courtesy. I certainly don’t believe in this rubbish that a man should be courteous. If a woman can go to work, she can stand in the bus,” she says firmly.

And though she’s by and large a non-violent and irreligious person, she believes that survival and self-preservation come above all else. “If the police, the law and the government don’t protect you, you have to protect yourself,” she says, adding, “I am totally irreligious; I believe religion has brought about the greatest destruction in the world. I just don’t talk about it, nor do I follow any rituals,” she says, signing off.

Unless women themselves want to improve their lives, change is difficult. According to me, religion and politics should have no place in a woman’s life.
— Mahabanoo Modi Kotwal