Dance drama deals with four female characters and their trials and tribulations. 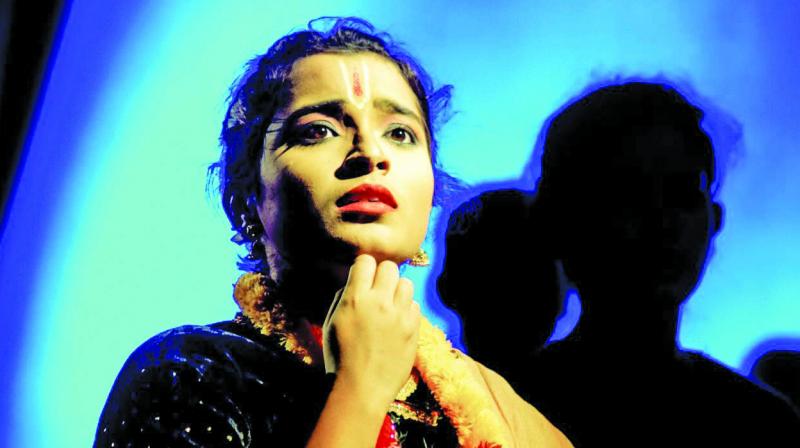 Much has been written and spoken about women’s position in society. Right from being a foetus to the day she breathes her last, a woman is engaged in a battle for her rights, voice, space, identity and individuality among other things. She also clamours against violence, atrocities, gender discrimination, glass ceiling and sexual harassment. But the ordeal never ceases to exist, it seems. Every day, grim headlines raid our consciousness and we are once again thrown back in time to wonder if at all we live in a progressive world or are we still a part of an emerging superpower! May be advancement in socio-economic-political affairs has no bearing on such crimes of the most heinous and medieval nature. No matter how much upliftment happens in the global scenario, some pockets of the planet remain caught in a warp of barbarism and refuse to change for the better.

Talented young theatre troupes have highlighted this issue that’s affecting the general psyche and society day in and day out. One such embryonic group is Nayeeka, formed by a bunch of culturally gifted girls and boys who had flocked from various colleges to forge a bond and portray theatrical pieces via a tapestry of varied dance forms of eastern India.

Titled Ikhtiyaar, which means power, the play deals with four female characters and their trials and tribulations through a span of thousands of decades. The rendition talks about the defencelessness of these women and how they all strive to find their voice in their quest for it. Recently, the dance-drama was performed at Kolkata’s esteemed Gyan Manch. Written and directed by Ishani Priyodarshini, the cast comprised new faces namely Dorothi Bhattacharyya, Sneha Malakar, Srijita Sen, Mayuri Maitra, Trinita Roy, Somdatta Das, Sagorika Roy, Aman Hiranandani, Nurul Hasan, Shiva Khatore besides Priyodarshini herself. Credit for the music, which was performed by live band Molyneux’s Dilemma, goes to Swarnavo Datta, Nibid Roy, Soumyadeep Das and Agneesh Dutta. 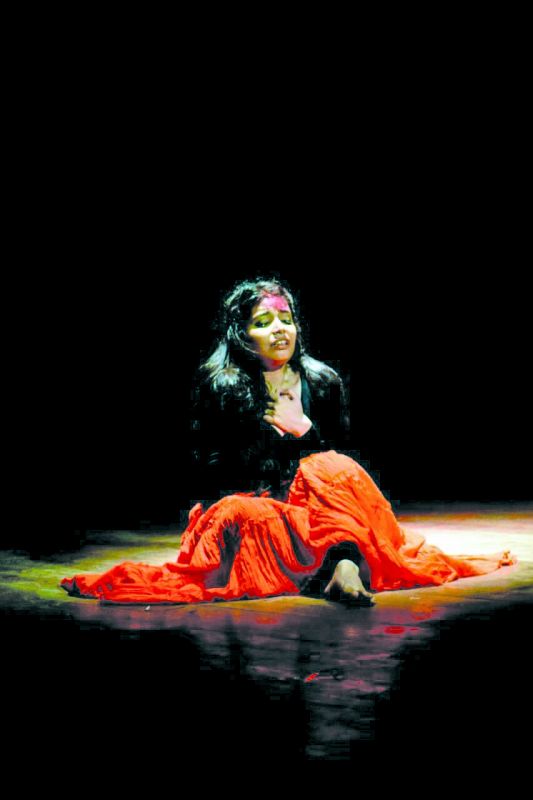 Renowned actor, director and founder-member Tathagata Chowdhury comments, “It is not only about supporting a promising young unit in the domain of theatre, there’s some hope to harbour as far as formal theatrical training and practicing is concerned”. For the unversed, the Mahadevi Birla World Academy had introduced Theatre Studies — a one-of-its-kind initiative — as a 100-mark paper, recognised by the CBSE board, only three summers ago in 2014. In fact, no other school in Kolkata has floated this endeavour for those with a keen enthusiasm for the craft.

Naturally, amateurs and budding aspirants would have a field day at this opportunity. “Fortunately, I happen to be a faculty member in this course and it’s been a great liberating experience for me as a teacher so far,” he says. “The first batch of students who appeared for their board exams in 2015 were very passionate. So are their successors now. Two such skilled ex-students who have passed out of the school went on to on establish Nayeeka and have successfully staged its debut production amidst much critical applause,” he says.

Having culled three mythological characters from the Mahabharata — Uttara, Draupadi and Amba respectively — the fourth character is depicted as a nameless girl of today’s 21st century who is seamlessly woven into the emotionally high-octane script as a comparative, parallel element to the period parts. “We have tried to consciously draw a modern, contemporary juxtaposition with the kirdaars of age-old mythology,” says Priyodarshini.

Also, the audience gets to discover a blast from the past, as the fate of this new-age girl is no different. She too struggles to find her own identity and her ignominy continues with marital rape, humiliation and suppression.

Incidentally, Nayeeka was formulated with the thought of providing eastern dance a novel platform and to popularise it with Gen-Y. “I didn’t really have to put in much effort to convince my teammates to join hands and they are, in fact, two other college classmates of mine. We looked for people who were obsessive about dance and never hesitated to hit a common ground before locking the venture with our unanimous consent. So we made sure to solely approach those who readily agreed to take the plunge,” Priyodarshini recalls.

Recounting the inclusion of theatre studies as part of their school curriculum, the talented performer states that she was in class 11 when the subject got patronised by her school and she enjoyed those rich literary classes of priceless value. “The entire session was so engaging and enlightening to the core. As a pupil, I can never emphasise enough on the importance of the performing arts as a major discipline in academic institutions,” she fondly reminisces.

“The most essential advantage of performing arts in relation to susceptible, immature young minds per se is that it impels their easily receptive consciousness to imbibe sensitivity towards our present-day social constructs. It also effectively makes children aware of their own selves with respect to others in their immediate proximity or far away. Besides, it enables them to be more responsible individuals who then streamline their own future as well as the society’s into a forward-moving direction,” she opines.

Asked about Nayeeka’s main objective, Priyodarshini — who is a mass communication and videography student of St Xavier’s College, suggests that “as members of Nayeeka, we understand the all-encompassing quality of dance and hence, dedicate our minds and bodies to render a casual mode of expression and communication to the otherwise could-be complex gamut of regional classical dance forms of the east, thereby intending to expand its boundaries towards a more all-inclusive style”.

Quiz her on the type of plays the company wishes to perform on the road ahead and pat comes her reply: “We plan to host and promote dance dramas that tackle rampantly prevalent issues with the help of the vividly emotive and demonstrative traits of dance”.

As a far as the inspiration to pen the plot of Ikhtiyaar goes, the playwright promptly shares: “I was toying with the idea of hatching a story on women empowerment in a manner that hasn’t been attempted before. It is a popular conception to naturally accept those events that have occurred in widely read and celebrated mythological texts, thinking it to be the ultimate truth without allowing it a benefit of doubt. I merged these two ideas to compose a dance drama that had a resounding impact as well as a vast scope for creativity”.