Though she could easily afford to travel first class, she accepted second class tickets from organisers without a murmur and never asked for a car. 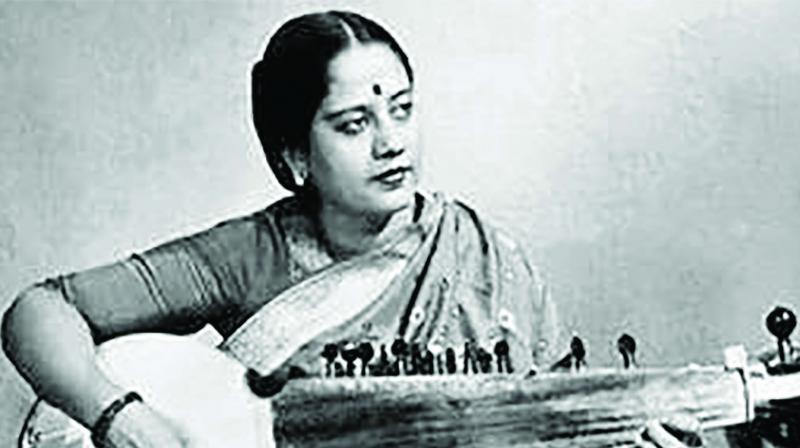 Stories of great artistes can be enthralling — those facing unusual challenges are inspiring. If overcoming these obstacles is achieved with grace and generosity, we are delighted and amazed. If an individual artiste’s success clears the path for others, we applaud their courageous inspiration.

Sharan Rani, popularly known as “Sarod Rani” (Queen of Sarod), was all of the above and more. She was the first internationally renowned woman instrumentalist of India and undoubtedly one of the foremost master musicians of the 20th century during a stage-concert career spanning over seven decades.

What has fascinated me is how she achieved this, coming from a non-musician family of Hindu Delhi’s businessmen and educators, as well as how she wore the mantle of greatness with humility and devotion, without compromise to either art or family.

“To have genius together with dedication and a pure life is a rare occurrence and by her example, Sharan Rani inspires all artistes and the younger generation — who are the hope of the future” — Rukmini Devi Arundale, president, Kalashetra.

She grew up in a home that enjoyed music, literature and dance but to perform beyond the confines of the home was taboo. She enjoyed learning Kathak under Achhan Maharaj and Manipuri dance from Nabha Kumar Sinha side by side with Kapila Vatsayayan but was told clearly by family that we “will break your legs if you dance in public”.

An unrecognised string instrument was given to her by her flamboyant lawyer brother Rajindra Narayan when his wife had no interest in it. Sharan’s life changed when she touched the strings. The sound went to her heart and she knew this instrument was made for her and she for it. Earlier vocal training allowed her to pluck out notes and then ask for a music teacher’s help. This was a time of many artistes coming home, occasional classes with Baba Ustad Allauddin Khan (which she absorbed like a sponge) and winning school and college music competitions culminating in President Rajendra Prasad awarding top honours in the first all India music competition. She was not simply the only female playing the sarod, she was the only one playing an instrument rather than singing.

Her world turned on its head when her parents died, followed the next year by that of her beloved brother Rajindra. Only music helped her bear this, yet she was well aware of the disapproval of the family she was now dependent upon. Ustad Allauddin Khan had always denied her requests to come to Maihar to study, so it is hard to image the courage and determination of a young Sharan Rani packing her considerable belongings and meeting Baba in Kolkata, insisting that he take her to study in his home.

When he said the sitar was better suited for a woman than the sarod, Sharan replied “You can’t fall in love with one and marry another”. He told her she would have to care for the cows (she was terrified of them), fill his hookah, wash clothes, come with only two changes of clothing — one to wear and one to wash, face the weakness of being a vegetarian taking up a physically demanding instrument, never leave the house except to visit the temple and meet no one (the Maharaja, his patron, had a reputation for lifting girls).

The upside was their arrival in Maihar when Baba called out to his wife that he had brought her daughter home with him and young Sharan found a new mother. For two years she practiced only swaras (notes) and alankar or palta variations. Her dedication was unwavering, yet perhaps even more remarkable was her unstinting caring for those around her and uncomplaining adaptability to material discomfort.

Her caring for others and uncomplaining adaptability are halos around the crowning achievements of her art. She was a stalwart friend of her Guru-bahan Annapurna throughout her life, fought for the same AIR pay scale for English and Hindi announcers and transformed the lives of 65 Indian and international students, including a blind disciple who lived in her home for over 18 years free of cost except the requirement to practice during all of the free time. This great artist was an agony aunt and surrogate mother to many.

Once opposition to an inter-caste marriage with her Hindu College Music Society president friend of over ten years ended, she honoured all Jain rituals, joining her mother-in-law with a covered head as an ideal bahu. Her husband Sultan Singh Backliwal was a renowned scholar and rasika from a Digamber Jain business family and Sharan avoided staying overnight after a performance whenever possible to be with the family at breakfast. To the family, she never showed fatigue from a flight and happily prepared lunch for all who turned up. 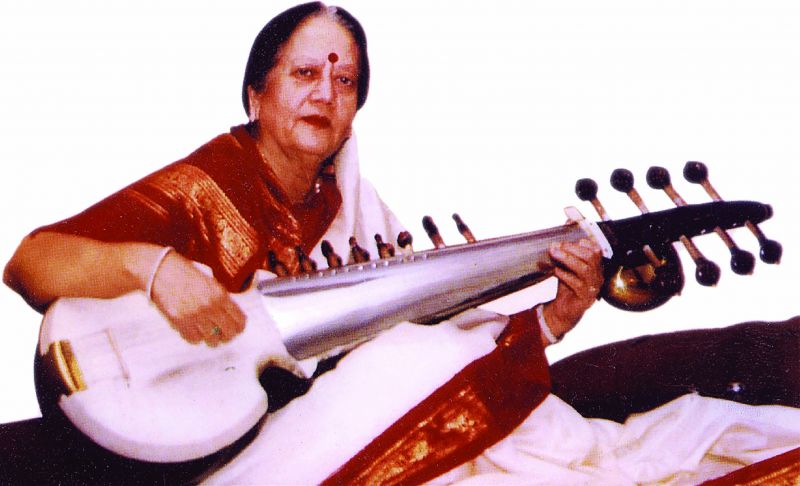 She won over all who met her professionally and personally. Though she could easily afford to travel first class, she accepted second class tickets from organisers without a murmur and never asked for a car.

Sharan Rani never charged for concerts till the late 1940s, when Sita Devi, Queen of Kathak, confronted her, “Who will pay for me and others to perform when you take no fees?” When the next invitation arrived asking her to state her terms, in pique, she replied a then princely sum of Rs 5,000 which they immediately accepted.

The one time she temporarily disappointed her audiences was at the age of 45, when she was pregnant after three earlier miscarriages and the doctor ordered nine months of complete bedrest, cancelling a nine-month world tour. The happy result was daughter Radhika — and a return to calmly balancing concert performances, teaching, research and being there for family and friends.

I have not read her book, The Divine Sarod: Its Origin, Antiquity and Development, but I never miss an opportunity to visit to the Sharan Rani Backliwal Gallery of Musical Instruments at the National Museum, Delhi. For decades, I loved taking groups of students to see the range of rare and old instruments well displayed by the musical family: percussion, wind, string and brass. Among the 450 donated to this gallery, it is a pleasure to point out the old missionary chair-played harmoniums that are now grounded, the old phonographs and other delightful classical and folk instruments. I just discovered that Sharan Rani not only collected but restored all the instruments back to their playable conditions before donating them.

Her contributions to the Maihar Gharana of her Guru are many, from getting a film and a postage stamp made to lending support to the Maihar Band, the first Indian orchestra. Nothing speaks to the respect the community had for her more than the fact that when Baba Ustad Allauddin Khan passed away, the mullahs would not let her remain crying in the house but insisted she put the mittee (earth) in his grave like a son.

In 1968, Dr Zakir Hussain, President of India stated, “Sharan Rani has achieved perfection in music. She will therefore get the love of the entire world”. Yehudi Menuhin, the legendary violin virtuoso who also performed with Pt Ravi Shankar shared, “I hasten to add my voice to the many admiring and grateful ones which would try to express the love and respect we feel for this great artiste”.

There are lovely photos of Sharan Rani with The Beatles who were also enthralled with her music and asked her to teach them. She demurred, to avoid any risk of aspersions on her character by association, and happily directed them to a brilliant male disciple of Baba, Pt Ravi Shankar.

After her first bout with cancer in 2005 and breast cancer surgery, she refused to cancel an award ceremony in Bengaluru and actually played a two-and-a-half-hour brilliant concert. Similarly, she balanced a fractured foot on a stool to play a two-hour concert at St Xaviers.

When her cancer returned just short of her 80th birthday, daughter Radhika Backkliwal Narain managed to film extensive interviews with her mother as a legacy for the twin infant grandchildren. From the treasury of unreleased archival Doordarshan recordings of Sharan Rani between the 1950s to the 1980s, Radhika gladly provided thousands for clips to add to the outstanding documentary film she created. She gifted this to Doordarshan in 2007 and happily, it was recently re-released by Doordarshan, though unhappily, as a DD production with some archival music added, but with Radhika’s name removed. Of greater significance was Prasar Bharati’s refusal to let her family have non-commercial usage copies neither of archival recordings nor to commercially release them to the public, which is unfortunate. At least the AIR CD set of Sharan Rani’s recordings is available to intrepid rasikas who can find the kiosk in the Delhi AIR headquarters since they don’t yet believe in marketing or distribution.

Baba called her “Mira” with good reason. Her path-breaking career and many firsts made her one of greatest musicians of our times simply because as she herself said, “Music is the breath of my life”.

Sharon Lowen is a respected exponent of Odissi, Manipuri and Mayurbhanj and Seraikella Chau whose four-decade career in India was preceded by 17 years of modern dance and ballet in the US and an MA in Dance from the University of Michigan. She can be contacted at sharonlowen.workshop@gmail.com