A medly of culture and heritage

The Kala Ghoda Arts Festival has become almost synonymous with the art district in South Mumbai. 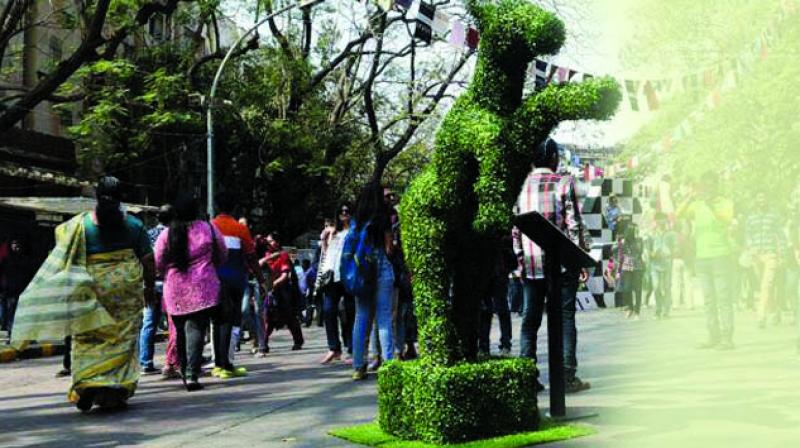 A moment from last year’s festival; (insets) art installations from this year in progress.

The Kala Ghoda Arts Festival has become almost synonymous with the art district in South Mumbai.

Since it’s inception in 1999, the festival has seen nearly two decades and has grown from a niche event to one of the most-awaited festivities in the city. Despite its multitude of food, culture and art events, what ties the entire festival together is a theme. Last year, to commemorate the Kala Ghoda horse, the entire theme revolved around the newly installed horse statue. This year, the theme has a more pervasive message.

“This year, the theme is the Hara Ghoda ( literally translates to green horse) We are trying to spread the message of the environmental crisis and ways to combat it,” explains festival curator Nicole Mody. “The food workshops, for instance, revolve around how to reuse kitchen trash and minimise waste, while many of the dance and theatre shows also revolve around the theme.” 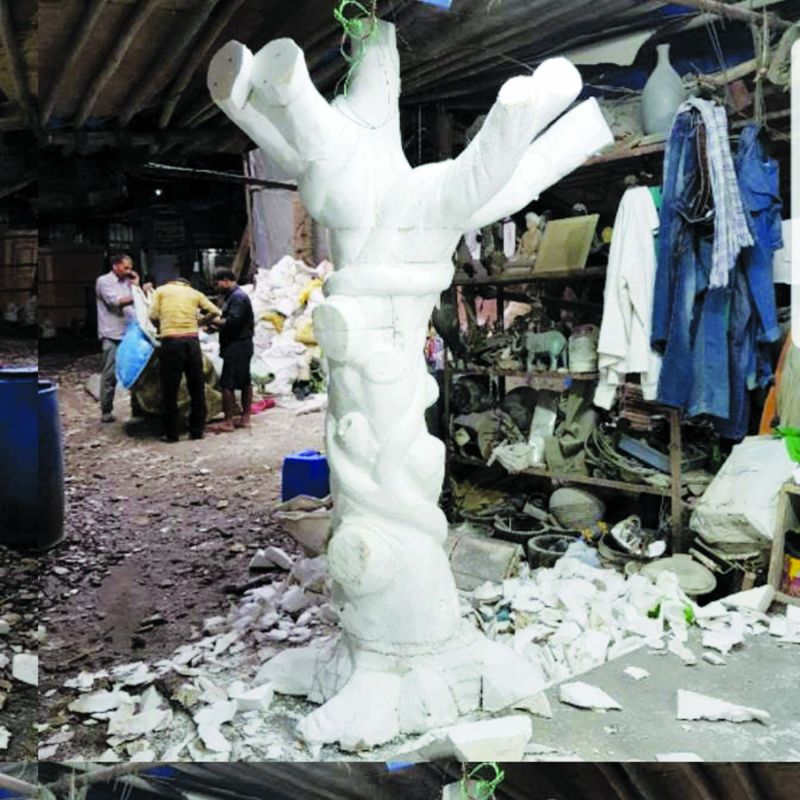 The art installations at the festival are always the biggest draw with people teeming around Rampart Row, examining the artwork by established artists and students and clicking selfies. The art curator for the festival, Tarana Khubchandani, is looking forward to a year that is not just filled with creative energy but also better organised. “The installations all adhere completely to the theme. We have around six to seven student groups working with us. They presented smaller models of their artwork before they actually got started, so it’s a lot more streamlined this year,” she smiles.

Among some of the must visit attractions, Tarana lists, “The Horniman Garden’s 2020 exhibit. It’s a look at what life would be like in 2020 if we continue to pollute the environment. There are around 30 exhibits there alone and theatre and music installations around the theme will also be there. There’s also a photo exhibit of the festival itself which is being done by a couple of photographers from Cubec.”

It is not just the art installations but also the food workshops that have stuck closely to the theme. “Through all our workshops, we’ve tried to show how to simplify cooking, and to minimise waste at the same time,” says Roxanne Bamboat, who has curated the food section of the festival. “For instance, we have a session with chef Varun Inamdar, who will be taking a workshop on cooking with kitchen leftovers. There’s chef Sandeep Sreedharan from Curry Tales, who will be teaching a workshop that focuses on the vegetarian aspect of Konkan food. There will be a workshop on food photography and another on how to pair Indian cheeses with desi dishes. Overall, there isn’t any one workshop I’d recommend. I think that if someone is interested in food, they should just attend all of them.”

Of course, there will also be a plethora of heritage walks and tours, movies, literature workshops and dance performances to look forward to. This year’s festival will also be graced by Louis Banks and his band Matrixx, Indus Creed, Jasleen Royal, Benny Dayal and several other skilled musicians. “A highlight of this year’s line-up is a programme by Ustad Zakir Hussain. We’ve also collaborated with the chief minister’s social responsibility cell and will have people from the tribal areas of Palghar, who will display their artwork. We also have a dance performance by the Naga people. The lineup is a rich one this year, and I’m sure that everyone will have something to look forward to,” she concludes.