A first-of-its-kind art festival in the city will put a spotlight on the lesser-known art form of video art. 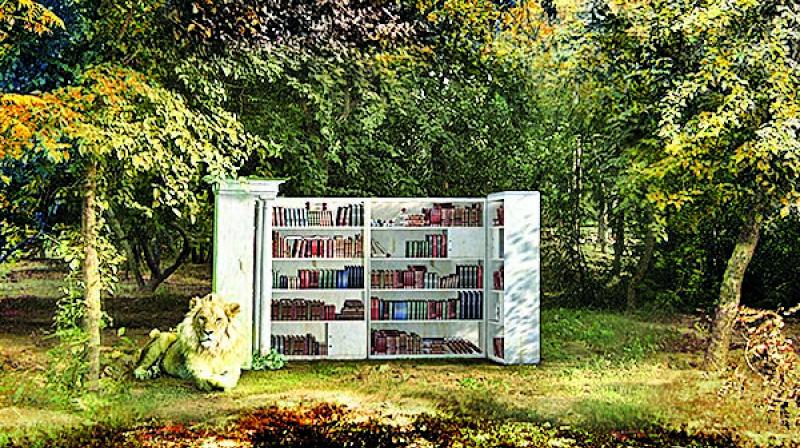 Unlike a short film or documentary, video art need not follow linearity or a narrative structure, they don’t need a beginning or an end.

Art has many types and sub-types, and among them is the often-dismissed and famously unknown artform called video art. In efforts to make it better known in India, Godrej Culture Lab and Video Art by Indian Contemporary Artists (VAICA) will showcase video art of some of the best contemporary artists at the Festival of Video Art. By projecting various video art pieces on a single screen, this festival draws specific attention to the art form.

Shining a spotlight on video art, Koninika Roy from Godrej Culture Lab says, “Video art is an art form which is usually presented in festivals or exhibitions across the globe. You have seen it in museums or in such art spaces, but they don’t see the art form either as the main showcase or don’t see video art in screening scenario. Although you do have video art, people are consuming it as a part of a larger exhibit, or they are seeing it as a part of a larger festival. Here we are putting video art as the focus and trying to reach various artists as well.”

Filmmaker Chandita Mukherjee from   VAICA adds: “They use graphic design as well as live motion pictures. Some artists are even doing storytelling like in a feature film with actors, but people are also doing something like animation, where graphical forms are changing and shifting and goes from one to another.”

Koninika further explains that video art need not be linear. “Sometimes these art pieces may not have any meaning or narrative structure, or they may not have the linearity, but they will have depths in the reason the artists have presented something in a certain way. There are video pieces that are just typography as well, it depends on what the artist wants to portray,” she says.

The topics of video art range from industrialisation and how our surroundings have changed, to pushing the human body to extreme temperatures and the evergreen theme of social issues. “There is also a video called Soyabean Biryani (for Junaid), which is about the person who was killed for having soybean biryani. It was all happening around the same time during the beef ban, so people were being targeted for eating beef, and this person Junaid, he liked soybean biryani but he was killed because of xenophobia. This video talks about it; there’s a strange way it’s shot how the soybean biryani is being made and commentary about what happened around this simple biryani,” Koninika shares.

Video art can easily seem like a short film or a documentary, but Koninika explains that it does not need to follow the traditional style that we see in the former. “Short films or documentaries follow linearity or a narrative structure, whereas over here that is not necessary. The way they are using video format is to make an artistic comment, rather than to propagate a message in the sense that film will have to have a start and an end, but a video art does not need that.”

The screenings at the Festival of Video Art will be followed by a panel discussion featuring Amrita Gupta Singh, head of Mohile Parekh centre, Anjali Monteiro, filmmaking professor, and V. Diwakar, editor of an art magazine. They are not only going to discuss video art as an emerging art form but will also focus on the videos showcased at the festival.
—The event is scheduled for November 30, 4pm onwards at Godrej ONE