Even when they are not inspired or copying each other’s work, people in different corners of the world can think alike. 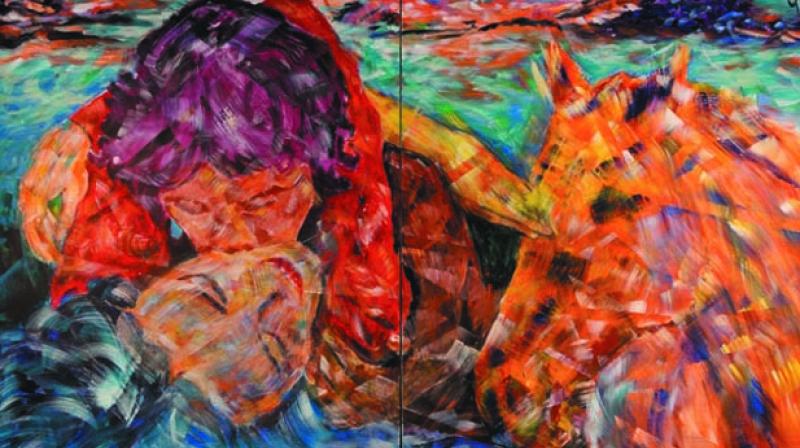 A line that I read long ago, but have never forgotten, is that nothing in this world is original. Somewhere, sometime, someone has already thought of it. The benefit of hindsight and life proves this theory right every time. It is only when one has lesser exposure and even lesser wisdom do we all like to think that the ideas we have created are completely original.

In any time and age, it is the idea that is paramount. After all, all civilizations work on the foundation and basic premise of ideas. And yet, it can be very humbling to remind oneself that this too is not original. And yet, the inherent dichotomy is that if one didn’t believe in creating an original, the entire premise of art would be lost.

Taking this premise of nothing being original in the world is Indian-born, Paris-based artist Shombit Sengupta, who finds most Indian art derivative. In many ways I agree with him — one has to just take a walk through the art galleries and museums of Europe to trace the connections. Sometimes it makes me angry, but at others, vastly amused. 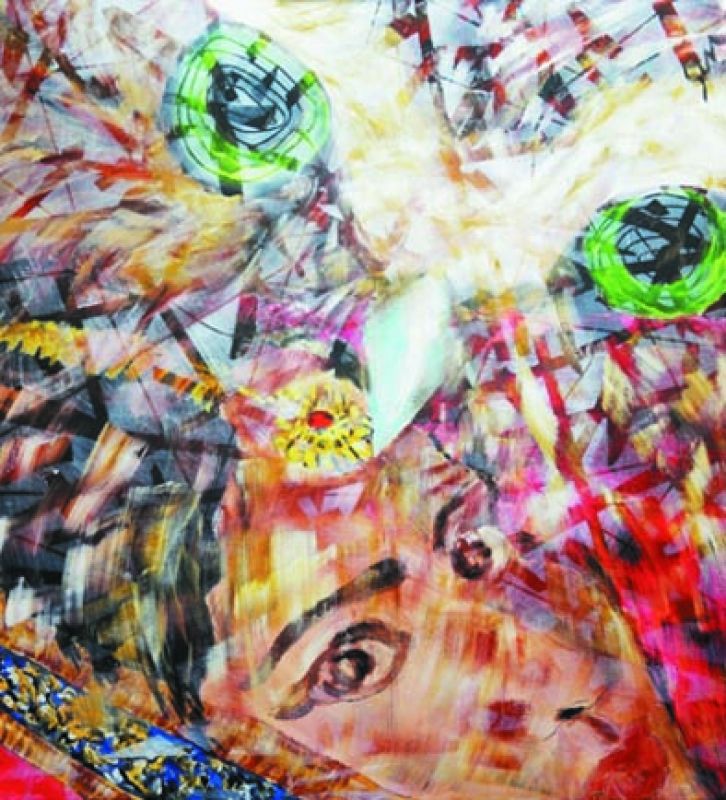 But, having said that, a recent experience of seeing a Bahraini artist’s work resembling a very senior Indian artist’s work, made me wonder if it is not part of a larger yug connection. Even when they are not inspired or copying each other’s work, people in different corners of the world can think alike. A lot of ancient world art points in this direction.

Shombit calls himself a producer of art inspired by French aesthetics and Indian colours. He calls his style Gesturism Art, which comprises of paintings and “desordre” installations. According to Shombit, “Consistency of the physical art form can become a recognised ideology. Then other artists can follow the same ideology with different skill of art execution. Then it can become a movement. Gesturism is spontaneity of imagination, surrounded with human gestures from birth to death.”

In the scrambled-installation model Desordre, the artist paints his theme in different canvases and presents it to viewers in scrambled form. Viewers can then move each canvas 360° in the frame to find the original theme the artist created. It also allows collectors to place the canvases on the frame any way they want to. The placement of each canvas can even be changed regularly to see the painting in different forms.

He believes that the intrinsic value addition of fine arts in a country’s economy cannot be compared with any other industry. The Indian art form practiced today has been influenced by the British since 1860. The Modernism movement introduced many fresh concepts in the world of art. All of a sudden, many artists started following the Expressionism style, sometimes Surrealism, sometimes Cubism, and sometimes with a mixture of what was happening in Western Europe. All the schools of art from Impressionism to Expressionism, Cubism, Dadaism, Surrealism, Abstract to Minimalism to Neo-Expressionism are embedded in his mind’s eye, from technique to ideology. These Western schools of art have naturally influenced Indian artists who paint in the Western style. The young generations of contemporary Indian artists is more powerful, thought driven and have good originality. Influence is very important. Most of the famous artist got influenced by their previous masters. As Picasso said, without Paul Cezanne’s influence he could not have created cubism in 1911.” Shombit’s painting philosophy in Gesturism is “don’t think, push the act and let imagination take over.” Gesturism is the artist’s revolt against digital virtual art done through computer software.

He feels that being influenced is good, but one should establish what one has reconstructed from the influence. The Indian masters have not acknowledged their influence, nor established any art movement in India that the globe can recognise as a new ideology of art.

The art of these master painters have remained like followers of Western art. The result is that the root of Western art is not sought to be understood in India although Indian artists are painting in Western art styles.

Initial money crunch in France and no immigration papers made Sen take up odd jobs in Atelier Gourdon, a lithographic printshop in Cachan outside Paris. Here, he met famous painters Erte, Leonor Fini, Alain Bonnefoit, Jean Carzou, Yves Brayer among others who mentored him.

He learnt diverse imaginative metaphors and techniques of art application from the renowned artists while serving them in making their lithographs.

Respecting Shombit’s art and life situation, they would buy his paintings, encouraging him to develop his style and painting philosophy.

In the following years, he changed several jobs before setting up his own company.  Sen’s artistic skills, combined with a fiercely competitive entrepreneurial zeal, saw him scale new heights and become a globally acclaimed designer in brand and industrial design.

Soon, he was travelling the world and advising business leaders and global corporations. One of his artistic designs, among others, was for Remy Martin, an expensive liquor glass bottle that has his signature engraved in it.

Dr Alka Raghuvanshi is an art writer, curator and artist and can be contacted on alkaraghuvanshi @yahoo.com