Art in motion with Majhi Metro

Managed by 7 noted artists, 3,000 Mumbaikars have got together to create the largest wall mural in Mumbai. 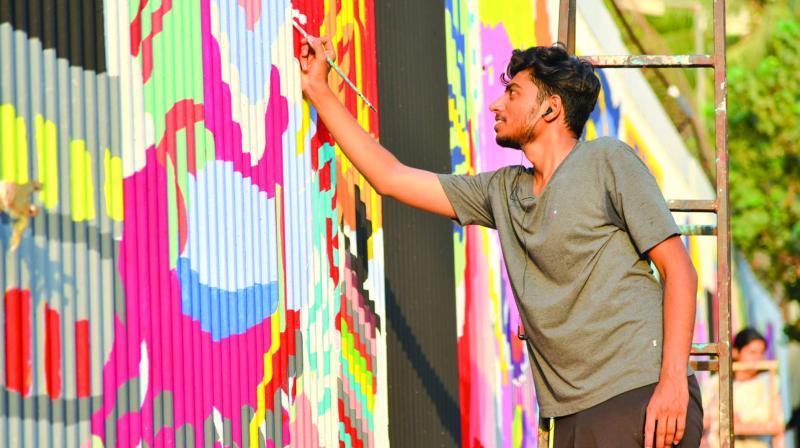 Winners got an opportunity to create outstanding murals across Metro stations portraying their picture of the city.

We have seen it on more than one occasion that Mumbaikars join hands with one another, whatever be the situation. Be it Mumbai floods or supporting Mumbai Indians in IPL, the city has shown incredible solidarity. A select few creative hands, around 3,000, from the “city that never sleeps” once again got together to create the largest wall mural in Mumbai.

A part the initiative of the Reliance Infrastructure-led Mumbai Metro One, Majhi Metro, is an annual art festival that has a host of activities like painting, poetry and photography with lots of innovation to showcase the artist’s vibes and thoughts in interesting ways.

In addition, a space has been created in Andheri Metro Station as an “art café” which will exhibit works of celebrated photographers. It will also promote poetry of masses through a “poetry tree” wherein people may come and hang their piece of poetry in the exhibited tree. An innovative way of creating space for group poetry will make people try their hands in poetry with a single line and be part of the creative chain through “light box”. 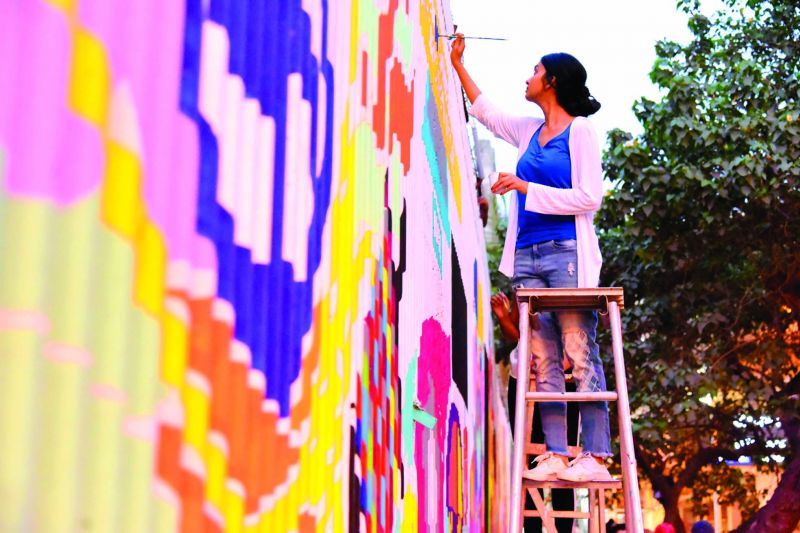 This is the fifth edition of Majhi Metro Festival. The First Majhi Metro Festival was organised in 2013 where art and architecture students across the city were invited to define their idea of Mumbai. Winners got an opportunity to create outstanding murals across Metro stations portraying their picture of the city.

The second season of this festival happened in 2014 where professional and amateur photographers across Mumbai submitted their photographs of Mumbai Metro. The short-listed 100 now are displayed at Ghatkopar Metro station with due credits.

Extending the theme of Majhi Metro from its inception, the next year, in 2016, Mumbai Metro extended the categories to invite artists of all genres under one roof and the theme for Majhi Metro 2016 was My Metro My Story.

In 2016 more than 15,000 people across age groups and from all different segments of the society participated in photography, poetry and painting categories. Majhi Metro 2016 created an “Art Train” with all the winning entries showcased inside and outside it.

“This season’s festival began on April 7 and will culminate on April 29 with photowalks. The theme for this year is “Art in Motion” which aims for a higher community reach than earlier years,” says a Mumbai Mtero spokesperson.

“The popular contests of the 21-day long Majhi Metro Festival, including the ones on photography, poetry and painting, are a part of this year’s “Art in Motion” theme.

“These events will be further strengthened for a whole month through weekend meets and workshops for people interested in displaying their art,” he adds.