The Aattakadha was authored by someone now in his middle ages, when he was only 19 year old. 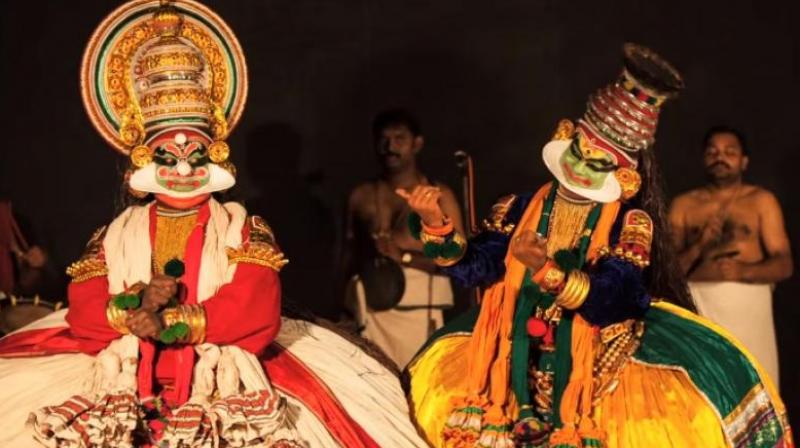 Bharatantam is a Kathakali with a feminist theme. It was the first Kathakali in which Gandhari is a character. (Representative Image: YouTube)

Interestingly, the Aattakadha was authored by someone now in his middle ages, when he was only 19 year old. The author, Prashanth Narayanan, later got training in acting and direction from the School of Drama, Thrissur, before becoming a playwright and theatre director. Mr Narayanan has written 27 plays, including the drama Chayamukhi, starring Mohanlal and Mukesh, which was also directed by him.

The plays he directed include the Kannada version of Bhasha’s Sanskrit play “Swapnavasavadatta”. He had also written and directed the play Mahasagaram on the life and works of M.T. Vasudevan Nair on the occasion of the M.T. Sammsarkikolsavam held in Kozhikode.

“Bharatantam is a Kathakali with a feminist theme. It was the first Kathakali in which Gandhari is a character. It is also the first Kathakali, which has an eye-covered woman on the stage. Another peculiarity is that a character makes a direct speech to the audience, which is also against the traditional rules of Kathakali,” Mr Narayanan said. “Gandhari and Ashwatthama are the main characters of the play. The theme revolves around the vengeance of Ashwatthama for the murder of his father Drona in the Kurukshetra war by the Pandavas and the sorrow of Gandhari over the death of her sons.” Mr Narayanan is the son of renowned Aattakadha author Vellayani Narayanan Nair and grandson of Sanskrit scholar and Attakatha author G. Ramakrishna Pillai.

Animal husbandry Minister K. Raju will hand over a copy of the book to PSC member R. Parvathi Devi on the occasion of the 28th death anniversary of his father on Monday at Theerthapada Mandapam.