From braving the odds to passionately pursuing the arts, Sravya Kothalanka hopes to inspire people to become better versions of themselves. 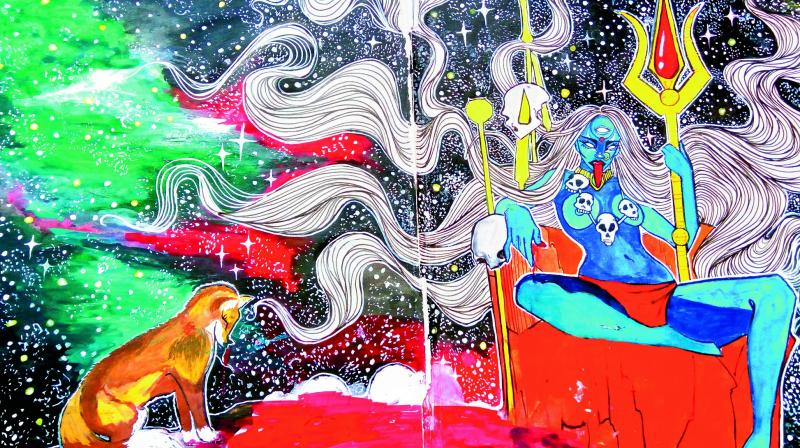 Thirteen years ago, when Sravya Kothalanka had to undergo heart surgery, she had a low chance of survival. Today, the 20-year-old sings at various venues across Hyderabad, displays her artwork, dances and even writes poems. Her recent live music show and art exhibition at a pub in the city was sold out.

The Geology student from Bhavan’s New Science College talks about her passion for arts. “When I was seven years old, I was a heart patient and my parents didn’t know if I’d make it. I travelled around the country with them, which helped me a great deal. Art is meditation and a stress buster for me. I was recently invited to paint a wall at a famous pub, where I was displaying my paintings. The response was amazing,” says Sravya, whose paintings depict enlightenment, peace, Indian mythology, Gods and Goddesses, among other things. “I relate to Goddess Kali the most,” she adds.

Talking about how it all began, Sravya says, “I began painting when I was just four years old. Through my art, I want to inspire people to become a better version of themselves. My poetry and songs are all about real-life situations while my paintings are to do with spirituality.” 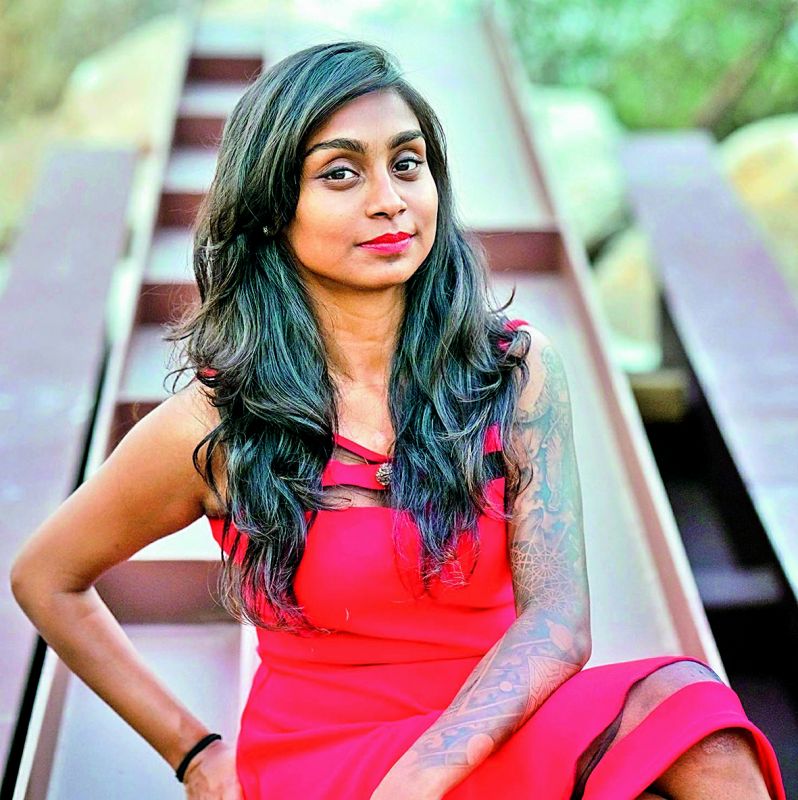 She adds, “When I was at college, I used to paint during the night. Now, during the holidays, I paint during the day and perform at gigs in the evening. It takes me two to three days to finish one painting.” Interestingly, Sravya writes songs in Telugu. “There’s no other language that I connect with more than Telugu. I’m an independent artist and want to make a career in music. Though art will always be a part of me, I can express myself most through music,” she says.

As for her inspiration, Sravya says, “My parents have been my support. In fact, my dad taught me to sing and even encouraged me to take up Kuchipudi. I look up to Leonardo da Vinci’s work while my musical inspirations are Jimi Hendrix and Sia.”

And how does she manage academics? “I like studying geology, so it’s been easy. It’s about liking what you do. After college, I want to travel and explore,” she says.