Auditions: Thing that all actors crave, yet dread

Auditions, and particularly open auditions, are a vital component to a healthy performing culture. 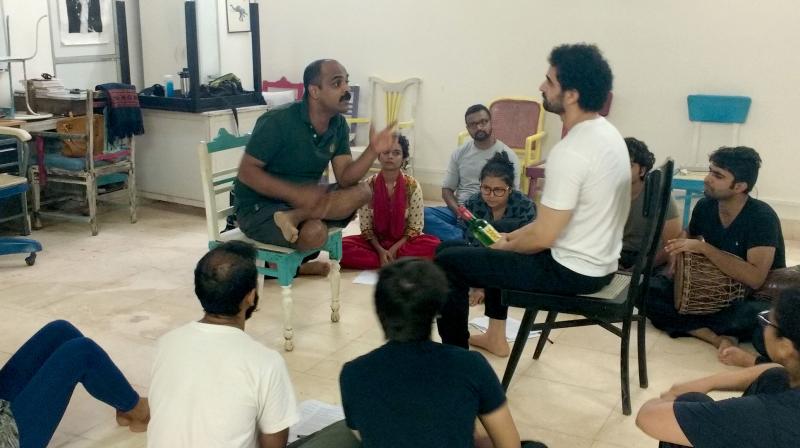 Auditions are a strange event for an actor. They are the one thing that all actors crave, and yet fill them with the utmost dread. This is not because of the fear of being judged, nor the pressure of getting a part, but mainly because they are such dreary, time consuming, inhuman exercises. In Bombay, an audition usually means it’s for an advertisement, or a film. It means queuing up for hours in a tiny office in Aram Nagar or MHADA; being handed a one page that you need to memorise; and then stumbling through an audition, when in actual fact what they are looking for is not talent, but a particular look. The whole process can often be quite degrading, and conducted in a relatively negative environment. This is largely because there are so many people dying to get a role, so this allows the production house to treat people like cattle.

In theatre, the purpose of auditions is slightly different, mainly because of one particular ingredient- rehearsal. For film or TV, the audition is about finding the finished article/character. In theatre, you are looking for something that through weeks of rehearsal you can polish into the genuine character. The ‘look’ has a far lesser role to play in theatre, though it is not completely immaterial. Unfortunately, plays don’t usually audition for actors. Most of the casting is done via word of mouth and recommendations are invited for “readings.”

Therefore, it is not unusual to see the same talent in different plays staged by different groups. Auditions can also be quite expensive enterprises, so often this is a financial decision rather than an artistic one.

There is one time in the year, that auditions do become a theatre community preoccupation. That is every May, when all the drama schools start auditioning for their next batch. Each drama school has a different set of mandatory preparations, from plays to be read, songs to be performed, types of monologues to be delivered, etc. All of a sudden young theatre actors are firming up their CVs, and pleading for reference letters from veterans with whom they might have had only a fleeting interaction.

The National School of Drama (NSD) is probably the most coveted programme of the lot, but Film & Television Institute of India (FTII) and Drama School Mumbai (DSM), are not too far behind on the popularity charts.

It is not unusual for actors to spend weeks preparing for these auditions, often turning down lucrative work or even taking leave from their regular assignments.

For a span of a few weeks, the entire fraternity is buzzing with activity. Each one has a vested interest in the auditions. If Actor X gets in, it might be a moment of pride for Mentor Y, or even disappointment for Director Z who wanted to cast Actor X in his/her new play. Once the dust settles, everyone resumes their daily tasks and life goes on as before.

Recently, there are larger scale productions that are investing heavily in auditions. Beauty & the Beast auditioned extensively, as did Jaan-e-Jigar, Jesus Christ Superstar and Gandhi: The Musical.

The results of these undertakings were plainly there for all to see. The new talent unearthed, has given rise to different skills being on display, which in turn has changed the way these narratives have been told. This year, two productions that are part of the Aadyam initiative have held open call auditions. One is Motley’s Three Penny Opera and the other is QTP’s Mother Courage & her Children. These have thrown up startling levels of talent: musicians, song writers, body percussionists, and unique multi-skilled actors.

While many who auditioned were graduates of acting institutions; there were also plenty who were MBAs or CAs or Engineers or even Hotel Management graduates, who had finished their degrees to make their parents happy, before jumping on a train to Bombay to pursue their acting dreams. Yet, each one told of the near humiliating grind of the film and TV auditioning process in Bombay. They appreciated and were surprised that they were being treated with dignity, and that their time was being respected… Surely this should be a base expectation of the process and not something that needs to be aspired to.

Auditions, and particularly open auditions, are a vital component to a healthy performing culture.

They unearth new talent, prevent fiefdoms, and constantly push the art forms in new directions. However, in order to get the best out of the actors, there must be places where an actor can flourish without unreasonable preparation demands or inhospitable working conditions. Only then can we truly have breakthrough work.