A long road lies ahead for Unido-India partnership

India has been and will continue to be actively involved in the regional and global development initiatives. 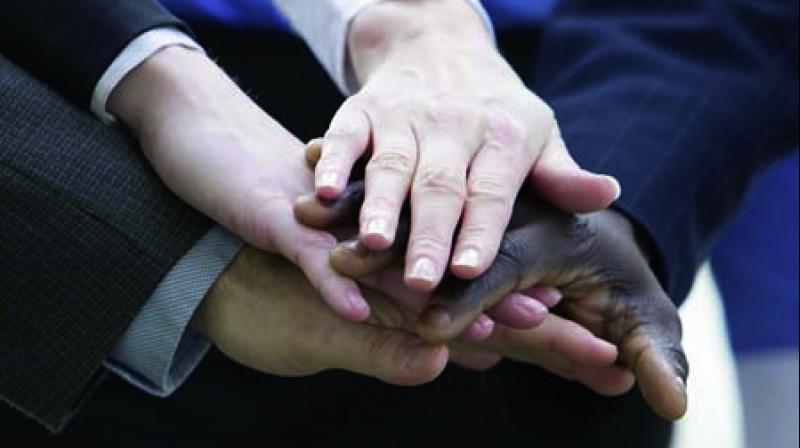 As Unido celebrates its 50th anniversary, the continuing Unido-India collaboration has displayed great scope, growth, diversity and mutual benefit over the years.

Unido will carry forward the advancement of manufacturing technology within India as well as the transfer of technology and expertise to other developing countries, specially least developed countries in Africa

India is now the sixth largest manufacturer in the world. Industry contributes approximately 30 per cent of India’s gross domestic product (GDP), with a 9.5 per cent annual growth rate of the manufacturing sector in 2015. With a forecasted GDP growth rate of 7.6 per cent in 2016, the industrial sector has the potential to drive economic growth in India. In this scenario, the concerted effort for the India-Unido (United Nations Industrial Development Organisation) partnership is critical to strengthen inclusive and sustainable industrial development in the country.

When Unido was established on November 17, 1966, with a mission to “accelerate industrial development in developing countries”, India was one of Unido’s founding member states.

Unido implemented its first project in India in 1968 and the project portfolio has expanded consistently ever since. India has the second largest technical cooperation portfolio of Unido and at the same time is one of the top 10 donors to the organisation. India is also a source of expertise and knowledge for other developing countries.

As Unido celebrates its 50th anniversary, the continuing Unido-India collaboration has displayed great scope, growth, diversity and mutual benefit over the years. Historically, the cooperation has gone through various stages of transitions in line with the changing requirements and emerging challenges of India’s economy over time. During the period of the newly-independent India, Unido’s interventions focused on industrial capacity-building and expansion. Unido assisted the government in developing heavy and basic industries that established the foundation of manufacturing industries.

By the 1970s, there was a shift of programmatic focus from heavy to light industries, with emphasis added on employment creation to entrench industrialisation as a key mechanism for inclusive economic growth. Unido not only provided manufacturing-related expertise, but also other industry-related services, such as metrology, standards compliance, and research and policy advisory to complement manufacturing. Later, as international awareness on environmental sustainability rose, Unido’s activities started to address environmental issues in India.

Starting in the 1980s, in the wake of economic liberalisation, Unido’s efforts were directed towards facilitating foreign direct investment and raising productivity and the competitiveness of Indian products in the global market.

Unido’s interventions in India have been multi-faceted and extensive in the form of technical cooperation projects, research and analysis, policy advisory and various global forum activities. The support has also been given on the basis of industrial sub-sectors, both at the Central and state government levels.

In the early years of Unido’s technical cooperation in India, such interventions were organised individually, however, in the wake of globalisation and as industrial linkages require a holistic approach, Unido’s support has become increasingly integrated and streamlined.

The Country Service Framework and Country Programmes of Unido thus emerged as an important framework for Unido to address India’s industrial development challenges in a cohesive manner. Concomitant to the Five Year Plans executed by the government, the consolidated programmes executed by Unido have proved to be very effective in streamlining its efforts towards sustainable and inclusive development.

Unido’s current Country Programme in India (2013-2017) with the budget of approximately $170 million will continue to explore the new areas of interventions and identify innovative partnerships with national, regional and international stakeholders.
While tuning in to the national priorities has always been put as a centrepiece of Unido’s programmes, recent development initiatives launched by the new government clearly support the core mandate of Unido: inclusive and sustainable industrial development. This makes the involvement of Unido duly complimentary to the national development agenda.

The “Make in India” initiative, for example, aims to make India  a global manufacturing hub by developing the necessary infrastructure, implementing suitable enabling policies, fostering new and renewable energy, promoting both traditional and modern industrial sectors, and calling in direct investment both domestically and internationally. Other national initiatives, such as Smart Cities, Swachh Bharat (Clean India), and Skill India are also in close alignment with Unido’s mandate and programmatic interventions.

India has been and will continue to be actively involved in the regional and global development initiatives. With its abundant expertise and knowledge, India has played a crucial role in technology transfer to and among developing countries. South-South cooperation was and has been the major thrust of development cooperation for India and, with its status as an emerging economy, the role of India in South-South cooperation, particularly with the neighbouring countries and the least developed countries (LDCs) in Africa, has become increasingly important to boost economic partnership and development.

In 2015, with the support of the Government of India, Unido inaugurated a new centre of excellence, namely the International Centre for Inclusive and Sustainable Development, merging both technology transfer and South-South cooperation. Unido will carry forward the advancement of manufacturing technology within India as well as the transfer of technology and expertise to other developing countries, specially LDCs in Africa.

Looking forward, the Unido-India partnership will aim at actively contributing to national development priorities, furthering Unido’s mandate, integrating with the 2030 Agenda for Sustainable Development, facilitating South-South cooperation and applying a consolidated approach to relevant and dynamic industrial sectors in India.