Delhi’s maestros under one roof

The capital celebrates its culture through dance and music with maestros. 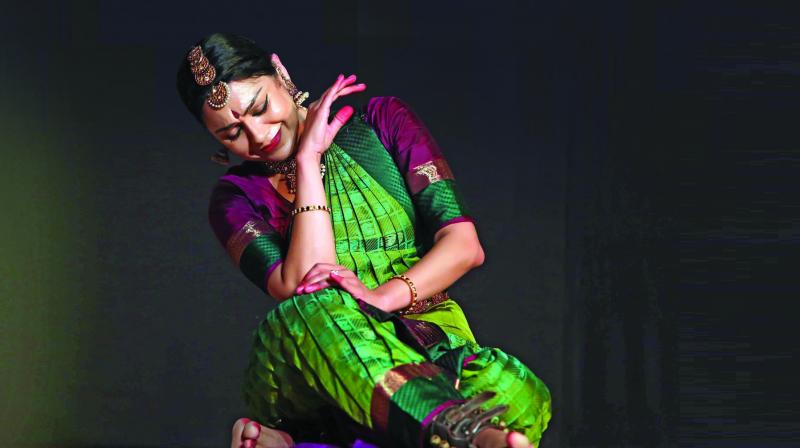 Nestled in the diplomatic area of Lutyens’s Delhi, the Ravi Shankar Centre is a beautiful property which remains largely unnoticed in the world of Delhi’s music circles, until its annual music and dance festival (RIMPA ) held in February each year. Supposed to be a residential learning facility for students of music, the Centre has a beautiful open air amphitheatre in addition to an indoor auditorium and archival section. The presence of Bharat Ratna Pt Ravi Shankar is almost perceptible as one walks through the beautifully maintained lawn, to a life sized seated bronze of the maestro with his sitar, at the entrance.

The festival this year opened with a vocal recital by Delhi’s Sawani Mudgal. The next item was Ravi ji’s senior disciple, again Delhi based Gaurav Mazumdar who performed with Banaras gharana shehnai player Sanjeev Shankar. Sanjeev is the son of the renowned Pt Daya Shankar and usually performs with his shehnai and flute playing brother Ashwini; they have also collaborated several times with Anoushka Shankar.

The duo played a tribute to Ravi’ji by playing one of the oldest Ragas he created, Raga Mohan Kauns. Distraught at hearing of the assassination of Gandhiji, a young Ravi Shankar had composed this raga as a tribute to the Father of the Nation. On the tabla was Banaras gharana exponent Hindole Mazumdar.

The evening ended with the exciting percussion ensemble entitled Drums of India, headed by Bickram Ghosh. Bickram started his career as an accompanyist with Pt Ravi Shankar and toured with him throughout the world in the 1980s, so his inclusion at the festival was very appropriate.

Highly intelligent, Bickram’s percussion act has a cosmopolitan feel; stressing the universality of rhythm rather than only on tabla bols (strokes) and tabla baaj (style). Another novelty was dispensing with the usual time keeping refrain of an instrument, as is the form in the North Indian exposition of “laya”.It was indeed an exciting performance.

The next day featured a Bharatanatyam dance by Nanditha Mazumdar, and ended with a folk cum thumri recital by Malini Awasthi. A consummately interactive artiste, Malini always keeps her audience in mind and structures her concert appropriately. Given the current anguish in the country about the senseless killing of the CRPF soldiers in Kashmir, Malini dedicated two of her songs to them – a thumri whose lyrics “dekhe bina nahin chayn” and poignantly wistful rendering pulled at the heartstrings, given Malini’s context of the waiting families of the slain soldiers. Another piece in Raga Charukeshi was “tarap tarap jiya jaaye”, which was equally sad.

Sukanya Shankar had requested folk songs from Malini and she obliged readily, singing on the old tradition of tattooes, playing Holi and much else.

The eager audience was loath to let her go despite the night air chill, so she acceded to a request for a concluding Bhairavi dadra. Her vast repertoire of unusual folk songs came to the fore with her remembering and singing several beautiful folk songs based on Bhairavi.

The third day of the festival featured two recent awardees of the Sangeet Natak Akademi- Pt Rajendra Prasanna on flute and Bharatanatyam dancer Rama Vaidyanathan. Rama is easily one of the finest dancers of her generation; equally impressive is her immense creativity. Her rendering of a tormented Ravana on the eve of Lord Ram’s arrival in Lanka was extraordinary.

Rama’s enacting of Ravana’s contradictory emotions; his pa sion for Sita unabated, yet filled with hatred of her, was magnificent. She ended with the depiction of an “abhang”; here too, as

Garuda, she was so expressive. Sudha Raghuraman’s accompanying vocal compositions added to the performance; expectedly and deservedly there was a thunderous spontaneous, prolonged standing ovation.

The concluding day featured a concert by the Centre’s students and ended with Amaan Ali Khan on the sarod. Amaan’s concert showed his coming of age; the unusual Ragas Lalita Gauri and Nand Kauns,( interspersed with Jhinjhoti) showed mature handling and confidence as a musician, with him not needing to rely solely on speed to impress.

In Sukanya Shankar’s words, “this festival is about music only, no show.” Indeed, its intimate baithak style ambience was unique,praiseworthy and intimidating in every true sense.