The event was a potpourri of colourful workshops, lecture-demonstrations, exhibitions, one-act plays and a battle of the bands. 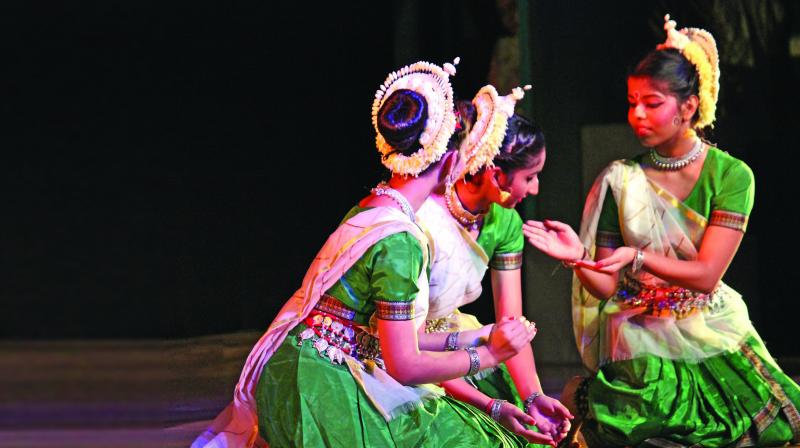 Artists from different parts of the country were invited to conduct workshops and give demonstrations and lectures to students and teachers.

A two-day annual arts festival, aimed at giving a voice to the marginalised people and art forms, saw the participation of more than 500 students from various schools of Delhi-NCR.

Education can never be limited to classrooms. It is incomplete without the interference of practical exposure and self-exploration. To facilitate that, a grand two-day long annual arts festival was held at the Shiv Nadar School in Noida, which was titled Kaafila.  From captivating performances to innovative activities by more than 500 students of grades ninth to twelfth from different schools in Delhi-NCR.

The event was a potpourri of colourful workshops, lecture-demonstrations, exhibitions, one-act plays and a battle of the bands. The festival was entirely led by students. The inaugural edition of the event centred on the theme of ‘Speaking from the Margins.’ The programme aimed at giving space to voices that are marginalised, like artists, communities, art forms, and issues that need to be heard and honoured. Artists from different parts of the country were invited to conduct workshops and give demonstrations and lectures to students and teachers.

Manjima Chatterjee, Head of Arts, Shiv Nadar School believes, “Art caters to the basic values of education: the freedom to think, freedom to voice opinions, and freedom to feel and to create.” The purpose of Kaafila, according to her, was to motivate the budding student artists to speak up about the society through their art. Speaking about the title, she explains, “We realised that art is not a fixed thing. It is not static but a movement, like a caravan of people travelling. People create art and constantly absorb new influences and new ideas. Hence, the arts are always representative of their time — the past and also the contemporary. This realisation helped us in choosing ‘Kaafila’ as the name for this event as it encapsulated the essence of this programme.”

While the first day began with a tribal-mask-making competition, a two-hour workshop on Ikat (a dyeing technique used to pattern threads that are then woven into textiles such as silk and cotton) and a three-hour musical composition workshop; the second day offered a string performances by the students, showcasing different folk-dance forms. Interestingly, Kaafila was a zero-waste event, where students were encouraged to take environmentally conscious decisions.