The aerobics in Chhau dance

A look at Chhau, a blend of culture and technique. 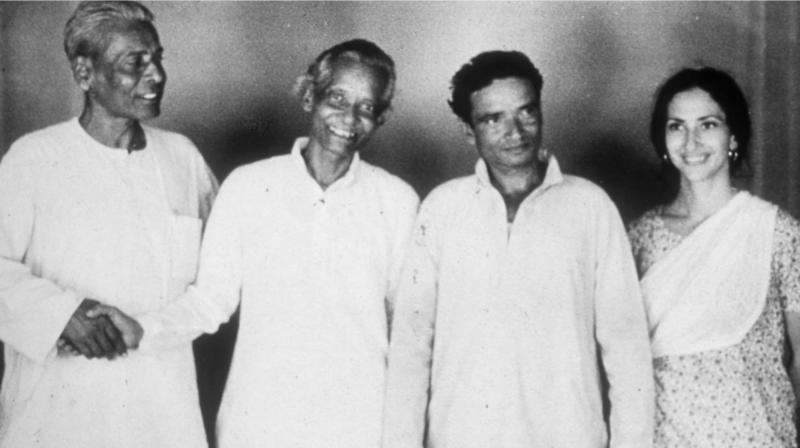 I was drawn to Chhau by many factors: the inspiration of my late guru Krushna Chandra Naik, Chhau’s socio-mythic background and the lyrical strength of the movement technique. The expansive use of space and extensive use of leg gestures in Chhau are certainly impressive to the viewer and demanding for the performer, but perhaps the more essential difference between Chhau and other traditional Indian dance forms is the control and articulate use of the torso from which all other movements emanate. The powerful integrity of the larger movement dimensions of Chhau originate in the centre core of the body. The control of tension and release of energy with flexibility begins here.

My discovery of Mayurbhanj Chhau was only in 1973 when I was in India to continue training in Manipuri dance after my Dance M.A. from the University of Michigan. In 1975 I succumbed to a kinetic desire to experience the movements of Chhau in my own body. What held me back from learning initially was not any reservation about the form or even its difficulty for woman but rather a reluctance to study any other dance style when I was already committed to Manipuri. 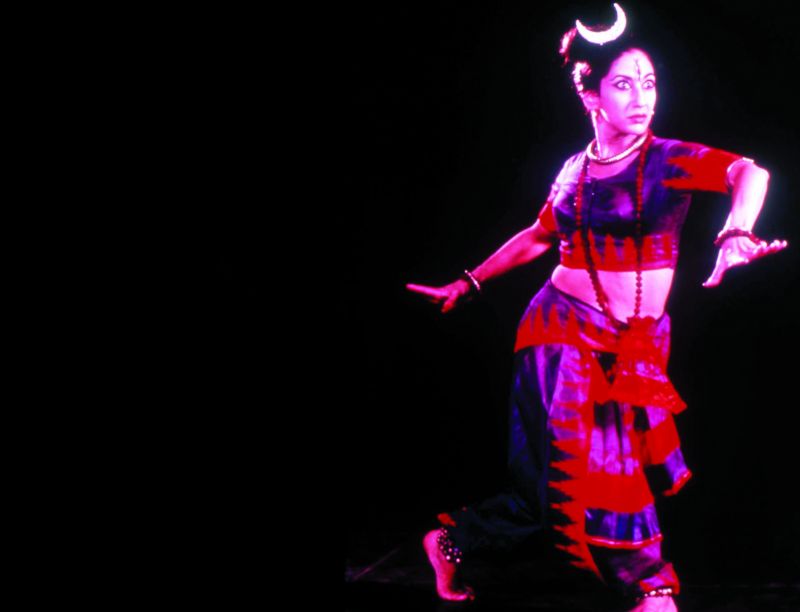 Fortunately, when I took the decision to at least be introduced to Chhau after seeing several actors from abroad ecstatic over a few rudimentary classes, I was encouraged by the generosity and clarity of teaching by my guru (as also happened with learning Odissi from Guru Kelucharan Mohapatra).

What I discovered as a student of Chhau was that the martial based movements of the Paika infantrymen were melded to the lyricism inherent in all the dance forms of eastern India. This mix of virile strength and elastic softness had a strong connection to the dance movement of Western modern dance in which I had trained for 17 years.  Also, without the strength, flexibility and control acquired through many hard years of training I do not believe it would have been possible for me to learn Chhau.

Yet Chhau was a totally new framework of movement organisation with new emphasis and new demands of putting the technique together. For example, both ballet, modern dance and Chhau develop strong connective muscles for supporting high leg lifts and both modern dance and Chhau use the torso to bend and contract, but when I had to both move the torso in a circular motion with contraction and release while at the same time slowly moving the leg in a large circular gestures in the air, I had to develop new ways to organise my body. 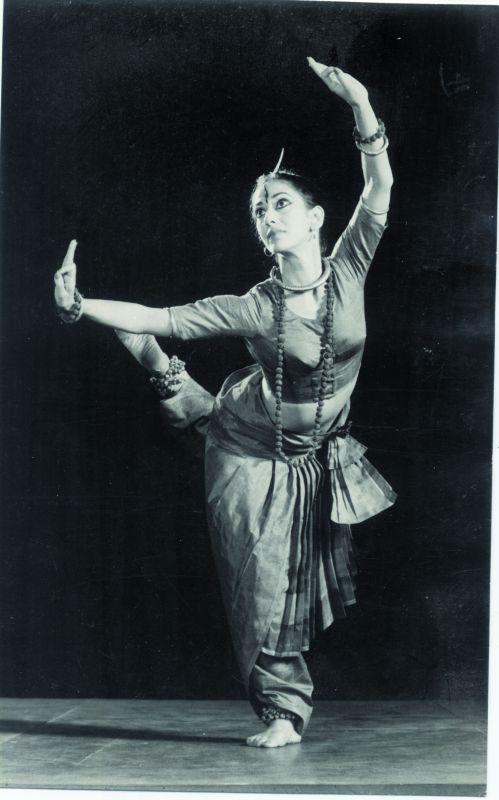 Another effective feature of Chhau technique that I have always enjoyed is the spatial range in the vertical plane related to the use of gravity. While most India and pan-Asian dances stay placed firmly on the ground or maintains a low base of gravity by staying primarily in a bent knee position, Chhau takes off into the air vertically with jumps, leaps and hops more familiar in Western dance traditions.

This escape from the earth vertically demands somewhat similar physical training to that of an athlete or ballet dancer with warm-ups, stretches and a resilient floor to absorb impact shock such as parched earth or sprung wood.  My late Mayurbhanj Chhau Guru Krushna Chandra Naik recalled the daily mornings of high skips on the sandy shoreline in Baripada, Odisha to develop the aerobic and physical strength necessary to perform Chhau.

Not only are the elevations of Chhau a dynamic difference from most other Indian dance forms, but the deep movements with a sense of gravity which are shared with many other pan-Asian dance and marital arts forms are performed with an elasticity only seen in the far eastern corner of India. 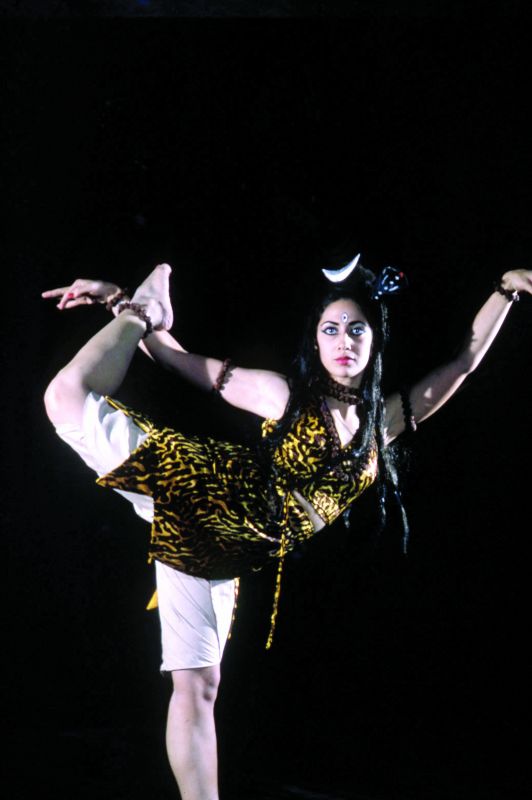 Chhau movements sink toward the earth without ever reaching a static point, seen also in the soft but virile movements of Manipuri Cholom.  The dancer fluidly lowers the centre of gravity by sinking lower on one leg as the other leg lifts. Neither leg completes the action in a pose but is already in motion in another direction.  This maintains a tension and release of tension that is kinetically gripping for the audience as well as performer.

The exciting leg movements in the air are rather easier to master than the subtler core use of torso articulations.  Also the resilient use of gravity to powerfully sink into as well as explode away from the earth is commonly missed by dancers trained in other styles, who master external elements of shape only.

Another difficulty in articulating the technique of Mayurbhanj Chhau is being conscious of articulating the particular body part that initiates a movement. A dancer flexible enough to perform Chhau can easily create homogenised mush if the accents and form of initiating a movement isn’t clearly understood and performed. For example, if an artist in a wide stand with both knees bent crosses one foot in front of the other and transfers weight to turn the body around it will probably look pleasant. However, to be true to Chhau technique, after the crossed foot touches the ground, the hip should then lead with a clear thrust causing the weight shift and propelling the body around.

The entire body is used expressively in Chhau without emphasis on facial or hasta abhinaya. I feel that learning the sattvic bhava in Chhau requires more than a competent teacher but actually depends on absorbing the modelling and philosophy taught by the guru to be able to enter into the character. My Mayurbhanj Chhau Guru, Krushna Chandra Naik, similarly to my Odissi Guru, Kelucharan Mohapatra, insisted on the dramatic expression arising naturally from the feeling of the character coupled with a deeply felt understanding of the interpreted text, mood, or story. Both gurus demonstrated this method of expression most profoundly by example.

My performance career in Chhau was launched by my guru’s presenting my 1976 solo performance for his peers at the Baripada, Mayurbanj Chhau Centre which eventually opened the doors for local young Odia women to train in this previously all-male dance genre.

The 1978 Asian Dance Festival-Hawaii, organised by the American Dance Guild and Conference on Research in Dance, marked both my first Chhau performance in America and the first introduction of Chhau to the U.S.A.   I also performed a Manipur Ras as well as the Mayurbhanj Chhau Natraj.  The expansive use of the whole body as the expressive medium, even though interpreting an Indian theme, seemed so close to modern dance that a fine American dance scholar conversant with Bharatanatyam refused to believe it was authentic as she had never seen Chhau before even in India. I was extremely lucky that two senior dance scholars, Mohan Khokar and Sunil Kothari, were both there and fully assured that what I presented was indeed a traditional form and that I was performing properly.

I have focused on the technique of Mayurbhanj Chhau in some detail at the expense of touching on the profound context and contents of its performance owing to limitations of space and previously I have written about the magic of the masked Seraikella Chhau which I began six years after Mayurbhanj Chhau. I have a heartfelt responsibility to honour my gurus by sharing the precious arts they so generously bestowed on me. In the future I will reflect on some of the ways this was achieved.

Sharon Lowen is a respected  exponent of Odissi, Manipuri and Mayurbhanj and Seraikella Chau whose four-decade career in India was preceded by 17 years of modern dance and ballet in the US and an MA in dance from the University of Michigan. She can be  contacted at sharonlowen.workshop@gmail.com.