Savia’s artworks create a chain of rhetorical questions, as she furthers her ventures in search of an answer. 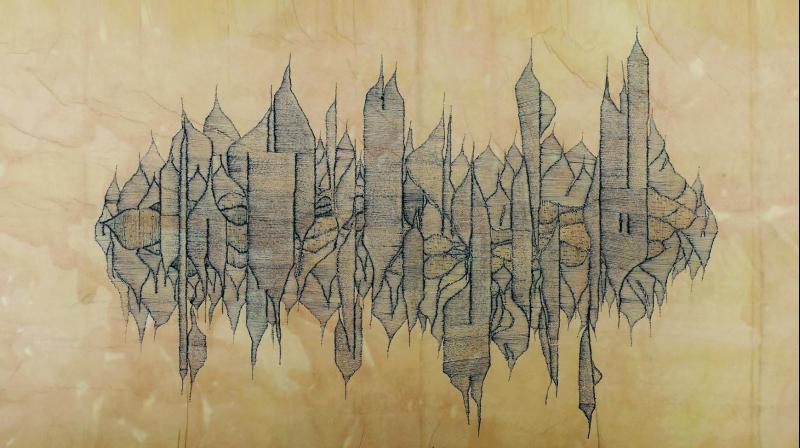 Mumbai-based artist Savia Mahajan has spiritual and philosophical questions that inspire her artworks, a rustic form of what remains in between life and death.

Does life create situations, or do situations create life? In either case, what emerge are thoughts, which lead to questions. It’s in these questions that Mumbai-based artist Savia Mahajan finds inspiration. In her ongoing exhibition titled Liminal organised by TARQ, Savia intricately explores the notions of life, death and the in-between through her works.

Savia’s artworks create a chain of rhetorical questions, as she furthers her ventures in search of an answer. “There are certain questions about existence that I am constantly asking through my work Liminal. One of those questions is that after death and dissolution, what is the material that survives? So, the show is primarily questioning the cycle of life and death, which is very stark and also the thresholds that we go through on a daily basis,” says an inquisitive Savia, who was inspired by her very nature of questioning the purpose of our existence. 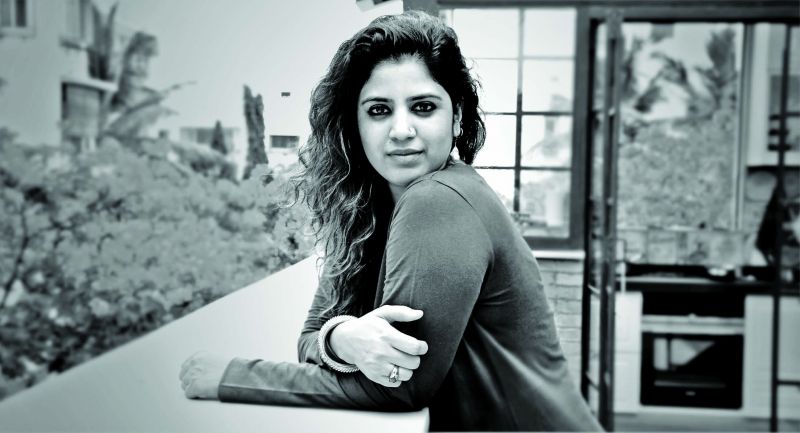 When quizzed on what she feels through the process of creation, Savia explains that she’s a process-based artist. “There is a feeling or a thought that comes to me, and I keep thinking about it for days, even while I am attending to regular chores. And then to lead that thought or feeling, I am always collecting natural objects, fossils and am always observing decay. These help in triggering an idea and when they do, my work in the studio begins.”

However, her process of creating doesn’t stop right there. “I undergo two extreme processes. The first process is such that I am entirely cut off from the world and am only creating my work through clay, sculpting it. And in the second process, I am working with the furnace and during this process I am interacting with a lot of people,” she explains.

Savia’s life as an artist has itself been a process, so as to speak. From drawing, to painting and sculpting using various elements, it’s been a journey of evolution. Thanks to her mother, who worked for Camlin, Savia often visited paint and colour factories. “I was exposed to art at quite an early age and in an unconventional way,” she says. “My father, who was an entrepreneur, constantly took me for studio visits. I have been to so many kinds of studios during my childhood in Mumbai.” Growing up, Savia had made up her mind to pursue arts, when she was still in high school.

And while she dabbles with multiple media, drawing is still the closest to her. Savia has a rather relatable reason to it. “It is one of the first things you create as a child — a drawing, and hence every individual relates to it. Also, eight years ago, I used to paint extensively and none of the paintings began before drawing. As for my sculpting, I create a trigger drawing that is a very impulsive process. Drawing is a string that has always followed through all my medium of works,” she says.

It’s debatable if the audience can perceive art exactly the way the artist wants it to be. However, Savia has her head straight about this. “A work of art requires a listener, a viewer, a reader to sustain. And, as an artist, one has to have open-ended passages for people, because art is personal not only for the creator but also for the one absorbing it. No one can take that personal connection to an art away from a viewer or listener,” says Savia.

She furthers her stand through a beautiful example. “A work of art is like your baby. You give it a name to help it in establishing its identity. But as it grows and expands and exposes itself to the world, it will naturally create its own aura, which you will not be able to control after a point,” Savia concludes with a smile.

TARQ is showcasing Savia Mahajan’s sculpture collection till September 9 from Tuesday to Saturday, 11 am to 6.30 pm at DhanrajMahal, Colaba.