The song was composed by singer Shaan with lyrics provided by Swanand Kirkire. 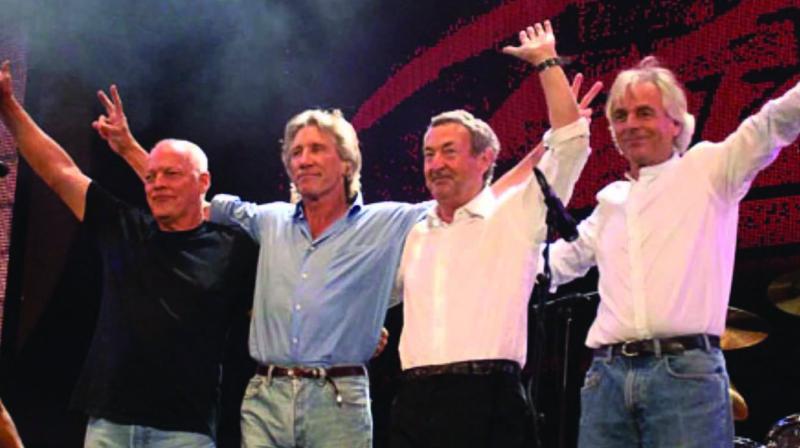 While the government decided to lift the plastic ban on small PET and PETE bottles with a capacity of less than half litre, it made installation of vending and crushing

While “The Concert For Bangladesh” is no doubt recognised as a highly influential humanitarian aidproject, the next notable event that I can immediately
reminisce is “Live Aid”, a dual-venue benefit concert held simultaneously in London and in Philadelphia on July 13, 1985, organised by musician Bob Geldof to raise funds for those suffering from famine in Ethiopia.

The world has a knack of getting together for social causes. Of course, what is a "social cause" is debatable but, growing up through the years, I remember various music-related events that had the media and entertainment industry sit back, and reflect on the best manner in which they could lend their support.

One of them was certainly “The Concert For Bangladesh”, the name provided to two benefit concerts, organised by former Beatle George Harrison along with sitar maestro Ravi Shankar at New York City's Madison Square Garden on August 1, 1971. The shows, attended by more than 40,000 people, were organised to raise funds for refugees — were administered by United Nations International Children's Emergency Fund —  from what was then known as East Pakistan (now Bangladesh).

While “The Concert For Bangladesh” is no doubt recognised as a highly influential humanitarian aid project, the next notable event that I can immediately reminisce is “Live Aid”, a dual-venue benefit concert held simultaneously in London and in Philadelphia on July 13, 1985, which was organised by musician Bob Geldof to raise funds for those suffering from famine in Ethiopia. For the trivia-minded, I received an opportunity of seeing Geldof perform live in Mumbai with his band, Boomtown Rats, in February 1982.

Meanwhile, “Live Aid” was one of the largest-scale satellite link-ups and television broadcasts of all time with an estimated global audience of 1.9 billion, across 150 nations, including India. I can vividly recall the Doordarshan broadcast commencing with Dire Straits being on stage with Sting wearing a kurta, together singing “Money For Nothing”  from the  band's just released album then, “Brothers In Arms”.

Geldof provided a sequel 20 years later, “Live8”, with 10 simultaneous concerts held on July 2, 2005 as a “Global Call For Action Against Poverty” initiative, which became reason enough for then three-member Pink Floyd to reunite with former bassist/lyricist Roger Waters for the first time in more than 24 years; in turn, also becoming the final time for the four members to perform together.

More currently and closer home, music is being effectively utilised to support the World Environment Day (WED) on the 5th of June every year, and it is the United Nations principal vehicle for encouraging awareness and action for the protection of our environment. First held in 1974, it has been a flagship campaign for raising awareness on emerging environmental issues.  Every year, the UN chooses one country to be a global host to spread environmental awareness and, this year, the privilege fell on India.

Versova beach in Mumbai was selected to drive the campaign, operating under the banner of 'Beat Plastic Pollution' by the United Nations and the Indian Government, with media support from Radio City, kick starting the clean-up drive on May 27, and culminating on June 5. The launch event was hosted by RJ Archana, with participation from UN environment chief Erik Solhiem, along with actors Diya Mirza and Pooja Bhatt. An awareness generating video featuring RJ Archana was unveiled then to create awareness on various measures to be taken to combat plastic pollution. Similarly, a Mumbai-based NGO, Bhamla Foundation, through its environment initiatives, also worked towards curbing the plastic menace, keeping in line with the UNO initiative of “Beat Plastic Pollution”. The programme, launched by former President Pranab Mukherjee, subsequently followed with the release of the official “BeatPlasticPollution” song, “Tik Tik”, ideated by the Foundation's Asif Bhamla with Neeraj Roy (of Hungama).

The song was composed by singer Shaan with lyrics provided by Swanand Kirkire, and vocals shared by Shaan, Kanika Kapoor, Armaan Malik, Shankar Mahadevan, Shreya Ghoshal, Ayushmaan Khurana, and Sonu Nigam among others, and choreographed by Shiamak Davar, who makes a guest appearance.

All this arrives as a reminder of the initiative taken by the Maharashtra government in providing a notification on March 23 this year, banning various forms of plastic.

While the government decided to lift the plastic ban on small PET and PETE bottles with a capacity of less than half litre, it made installation of vending and crushing machines mandatory at starred hotels, malls, tourist places, and public places across the State. Effective from June 23, the government has declared a fine of Rs 5,000 and Rs 10,000 for first and second time offences with a third-time offender being fined Rs 25,000 alonh with three month's imprisonment.