META comes to Delhi with a flourish 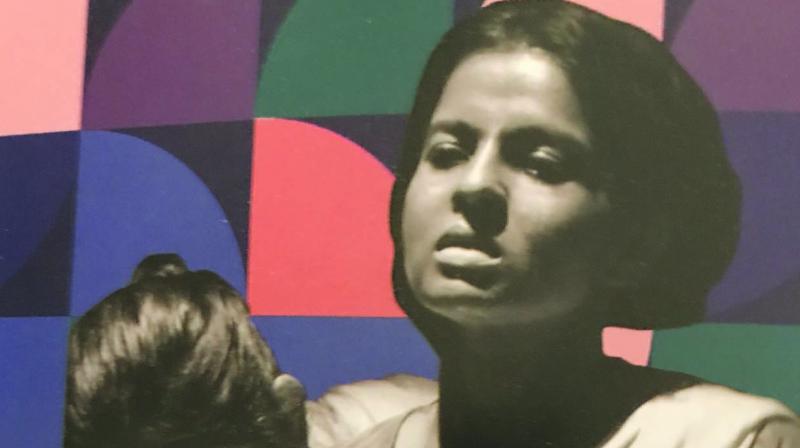 Suman Vaidya, who played dad, was quite hesitant in the beginning but warmed up to the role later. Satyendra Malik as Kanav, the son-in-law was adequate in his role as a comic. The two girls Kashmira Singh alias Diya, the daughter and Arumeha Rao as Avni, the girlfriend were on top of their roles throughout the play.

Dad’s girlfriend was a comedy play staged by Film and Theatre Company of Delhi. It was written and directed by Atul Satya Kaushak in a style which is not his hallmark.

A young couple live together in Mumbai, in a two-bedroom flat, with the wife working and supporting the family and the husband is an actor who finds stage-acting jobs occasionally.

The girl’s father appears in this flat ostensibly to spend time with his daughter. He is a professor in America and writes books. His first visit to the local university finds him a fan, a girl who has read everything that he has ever written. The girl has also written a book to be released shortly. The girl’s arrival into his life causes a lot of tension between father and daughter.

Finally, after many hiccups the father decides to marry the girl, then things straighten out and it is all hunky dory after that.

Suman Vaidya, who played dad, was quite hesitant in the beginning but warmed up to the role later. Satyendra Malik as Kanav, the son-in-law was adequate in his role as a comic. The two girls Kashmira Singh alias Diya, the daughter and Arumeha Rao as Avni, the girlfriend were on top of their roles throughout the play. There was less laughter in the play than a comedy deserves and it could be labelled as a comedy of ideas, situations and characters.

The 13th year of META, a collaboration of theatre and stagecraft, comes to Delhi with a flourish. The reception on the opening day was marked by a discussion on theatre, and it’s situation today in which jury members like Amal Allana, Neelam Mansingh Chaudhary,

This was followed by a Hindi play, Muktidham. It is written and directed by Abhishek Majumdar and presented by Indian Ensemble.

The play looks at the conflict between Buddhism and Sanatan Dharm. Set in the eighth century in a matha, a Hindu monastery, at a time when the Buddhist Pala kings were the dominant rulers in Northern and Eastern India and mass conversions to Buddhism were widespread.

Who will succeed the head of the matha where the Brahmin Yuyutsu who believes in reform and opening the doors of the temple to the lower caste and Agnivesh who is a lower caste dom, believes in raising armed resistance to Buddhism.

Sandeep Shikhar as Agnivesh was very bright as was Ipshita Chakravarthy Singh Ahilya, the wife of the old acharya of the matha. Their love making was well executed. Pratyush Singh as Yuyutsu was not a patch on Agnivesh as man or as an actor.

Costume design by Sumitha M.R. were good and so was the cinematography by Mohit Takalkar. Anmol Veellani’s light design and M.D. Pallavi’s music added to the play, which was definitely a good start to the festival.

The next play Karuppu, a dance drama based on the age-old Dravidian cultural rituals depicting a universe that absorbs all imbalances like a black hole from which a rebirth of anything is possible. There are mentions of Kali, Ophelia and Medea in the play. But one does not find these characters on stage.

As Karuppu played by Ruchi Raveendaran appears from behind the see through curtain, wearing a short dress pyrotechniques begin. She jumps on an animal, which is climbing down the rope with a wooden ending. There they tear at each other and manage to make sexual images. There are many characters in the play. Santosh Kumar plays an animal, tree and dog. Mani Bharati enacts a lover, river, dog and manipulator.

Vasant Sevam is an animal, father, tree and agememnon, dog and Jason. David plays manipulator and tree, Kaleswaram Srinivasan enacts the role of the ritual performer and a tree and Priyadarshini is a ritual performer, manipulator and tree. Despite having all these characters on stage, the attention is on Ruchi who is supposed to be all the women mentioned above and the girl and the lover. She is merely a symbol of Mani Bharati’s wild choreography where the sex image is pre-eminent.

The Assamese play, Comfort Women, an untold histroy, was a moving document about the state of women during the Japanese Army’s stay in eastern India. The play tells the untold story of abuse by Japanese soldiers during the same war through the plight of Sarengla who looses her dignity to war and to the brutality of the Japanese Army.

It chronicles the story of the abuse and survival of the child, which grows in her womb. They were brutally raped and held prisoner through parts of Asia. At the end of the play we see pictures of the Japanese comfort women in their old age lit below and held up by the men as homage to the Assamese women who survived the torture and the rape among other things. The director of the play, Ranhang Choudhury writes in his note that Sarengla, the protagonist, was modelled from Dr Birednra K. Bhattacharjee’s evergreen novel, Earuingom.

The writer is a theatre personality and a well-known critic