A play that walks you through a love story that exists between a patient and a new organ. 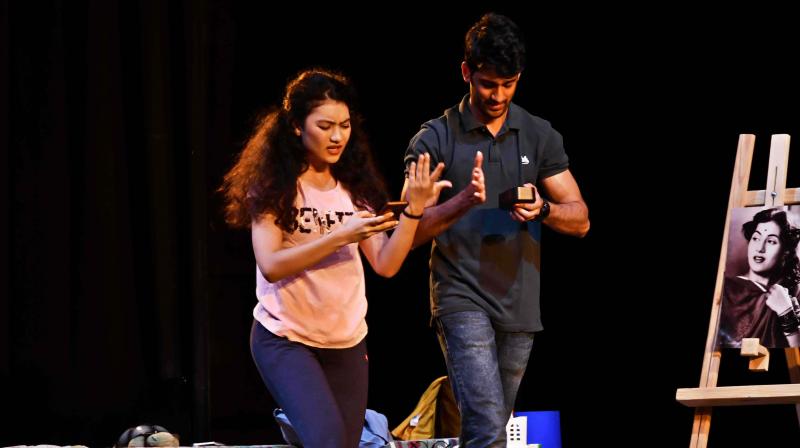 The play revolves around an organ transplant procedure where initially the body rejects an organ later accepting it.

The play Dilapidated, directed by Kaushik Bose, is a wickedly funny, heart-warming and poignant love story between two perfectly dissimilar teenagers. Reshmi is free spirited, intelligent, and sensitive and full of life. Zafar is a reserved, sincere, an all-rounder boy-next-door who would certainly not like to be caught in a room with a girl like Reshmi. But interestingly, he has to. He has a job to finish!  A story of an evening, where the protagonist travels the most interesting journey to change and realizes a transcendent connection between them that is eternal. The play touches on an issue unexplored before and leaves the audience with a new perspective about love.

Kaushik details that the whole idea of this play comes from the concept of a new organ being introduced to the body. He then adds, “During an operation, the body starts rejecting it. Then it starts understanding the body and the organ. Then they start working seamlessly together.” Kaushik then highlights the fact that he wanted to show the “love  story” that develops between the body and the organ.

He then breaks down the word dilapidated in the context of the play explains, “The first word is dil, which is written in Hindi which actually talks about heart. Dilapidated as a word means a broken structure.”

Zafar who was portrayed by Mohit Gupta the director reveals and also was as a suspense in the play that the Male protagonist was the new heart that had to be transplanted into Reshmi (portrayed by Jhanavi Rawar) as Zafar died while playing in a soccer match.

He then reveals the challenges in this play were to train the young first-time actors. He was upbeat about the actors performances. He then adds, “The challenge was having the 90 minute play and ensuring the audience bored because a two-character play is very hard to pull-off.”

The director then goes on to reveal that it is way easier to bring the best out of freshers than experienced actors as, “Freshers are like soft mud. You can actually mould them better.”

Comparing stage shows to that of television and online would be simply comparing apples to oranges. “You can’t compare states to films. They have a very different style and idiom to express”, he implies.

The success and failure of play is determined by the nature that exists between the director and the actor. He reveals that it’s a very close bond that develops between the two.

Further explaining his point, he says, “Unless there is a complete trust, it doesn’t  work. So that space and relationship of trust has to be there.”

As a word of advice, he offers, “Acting and directing both require discipline. The young generation do not understand it, you have to mould them to follow that discipline.”

He then cautions, “(Acting in) theatre is far more difficult than acting in a film because it’s live, anything can go wrong.” He then concludes the conversation by saying that the young generation needs to be trained in acting to be more spontaneous, not pre-empting things and presence of mind to name a few.

This play was a part of the Summer Theatre Festival at the Shri Ram Centre.