Prachee is genuinely a true Katha-Kar

Not just that she has also acted in a couple of Marathi films and one Gujarati movie Shubh Aarambh. 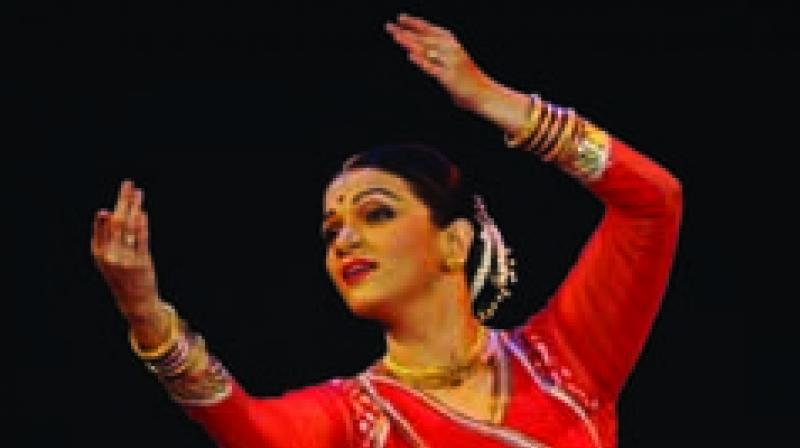 Kathak is one of the a most popular dance form in India, in fact Bharatnatyam or Kathak are two Classical forms that most parents wish their children, especially girls, must learn. After Bollywood films’ expressive mujra dance sequences right from Meena Kumari in Pakeezah to Rekha in Umrao Jaan or even Madhuri Dixit in Devdas, Kathak has become a favourite dance for many. Thought I feel film dances must not influence us in choosing to learn a dance form but let us face the fact many times films dances do influence our decisions.

Classical dancers often term a dancer “Filmy”. And by this word they mean a person whose dance is not pure but mixed or has the influence of film moves. So there is one person we might feel is very “filmy” in terms of dance education and upbringing that is because she is a renowned television and film actress. But like they say never judge the book by its cover I would say the same about this superbly talented artist Prachee Shah Paandya.

Most of us love Prachee for all the fantastic roles she has been playing and in turn entertaining us with her beauty and acting skills on the TV and the silver screen for a long time now. But to me she is not just an award-winning actress, an actress par excellence but she a true and pure dancer at heart.

Prachee is a very popular face on Indian television and films, that is because she has shown her acting skills in popular television shows such as Kyunki Saas Bhi Kabhi Bahu Thi, Koshish Ek Asha, Kahin Diya Jale Kahin Jiya, Piya Ka Ghar, Kesar, Kayamath, Yeh Pyaar Na Hoga Kam, Is Pyaar Ko Kya Naam Doon – Ek Baar Phir, Ek Shringaar, and also Sooraj Barjatya popular show Swabhimaan. After getting over 10 years of rich acting experience and several awards in the TV industry, she moved to the silver screen and went on to act in hit Bollywood films like Judwaa 2 by David Dhawan, ABCD 2 by Remo D’Souza, Student of The Year by Karan Johar, Haunted 3D by Vikram Bhatt, Raja Natwarlal for UTV, Sanam Re by T-Series and Isi Life Mein by Rajshri productions. 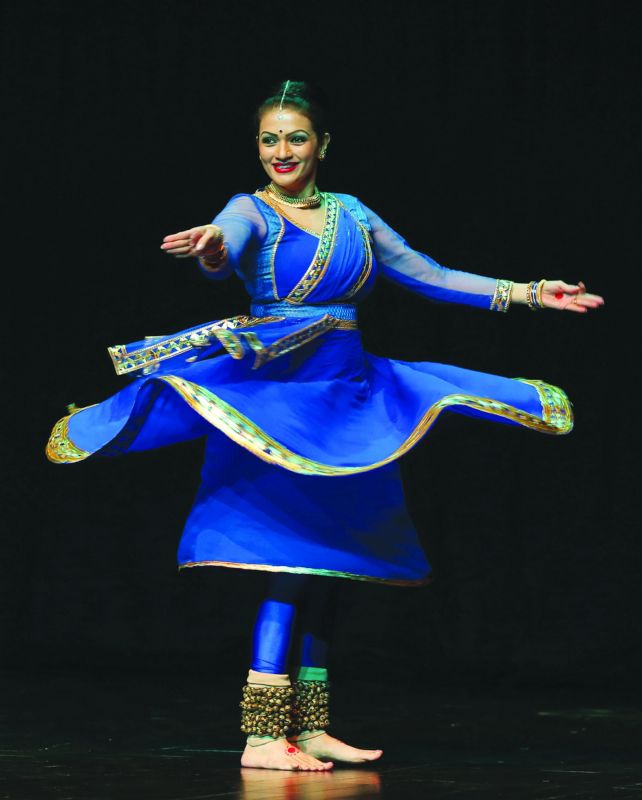 Not just that she has also acted in a couple of Marathi films and one Gujarati movie Shubh Aarambh. She has also been hosting a prestigious show on DD National called Rangoli for many years now, and has just finished shooting for her next film Mulk directed by Anubha Sinha.

Well, I am not writing this piece to tell you how fantastic an actress Prachee is but to tell you how amazing a dancer she is. She is an artist and a dancer who had to fight very hard to make her mark in the world that has pre-conceived notions about a “filmy” dancer. But she managed brilliantly, and is know as a true and pure classical Kathak dancer. In spite of all the odds and negatives, Prachee has been able to carve a special place in the world of dance, especially in the world of Kathak.

Prachee has done her Masters in Kathak and holds a Guinness World Record for “93 Kathak spins in one minute”. She is a disciple of Guru Ganesh Hiralal who is a highly acclaimed Kathak dancer of Jaipur Gharana. She was wedded to Kathak at the tender age of three and you will be surprised to know that Prachee has given over 250 performances in India, USA, UK and South Africa, including the ones at the Ajanta-Ellora Festival, Elephanta Festival, Sangeet Natak Akademy, Taj Mahotsav-Agra, Pune and Lucknow Festivals, Raj Bhavan in Mumbai, Janmashtami Festival at ISKON temple, Mumbai, Bramhakumari cultural festival at Mount Abu, Kala Ghoda festival, Mumbai, Chakradhar Mahotsav, Raigarh, NCPA Tata Theatre, Mumbai and the Sawai Gandharva Bhimsen Joshi Mahotsav, Pune. The list is endless

Through ICCR, she has represented India in the South African International Art Festival and given solo Kathak performances in countries like Jordan, Egypt, Palestine and Qatar, where she received an overwhelming response and standing ovations at all the venues. She has a bagful of laurels and honours, including titles such as “Sringarmani” and “Nritya Urvashi” to her credit. She has also performed for the Consul General’s of France and USA and also for the Czech delegation in Mumbai. Not just that she is also a qualified architect and is trained in classical vocal and sitar too. So would you still like to call my friend “Filmy”?

To me, my friend Prachee is woman of substance, a woman who knows how to balance her passion for dance and profession of acting with utmost ease. Over a period of time she has mastered the skill of winning hearts with her perfect spins and turns. But more importantly as a women power and as a devi shakti who stood her grounds when people stopped her and pulled her down from stepping on the stage, degrading her, demeaning her or calling her just yet another “filmy” dancer actress who is using dance as a stepping stone to success.

Each time the blabber mouths automatically shut up when she appeared on stage because when she dances and tells her katha through her Kathak all one experiences is perfection of each move blended with dedication and devotion towards her love for Kathak. Today, I salute my friend for being an authentic dancer, for being a woman most dancers and most women want to be. All those who have called her “Filmy” you surely need to get your eyes tested.

The writer is a World Book Record holder, a well-known Ballroom dancer and a Bollywood choreographer who has been honoured with two National Excellence awards and one National Achievement Award by the Govt of India. He can be contacted on sandipsoparrkar06@gmail.com.