Patrick spearheads the The F. N. Souza International Fine Arts Foundation and Family Trust that was incorporated around ten years ago. 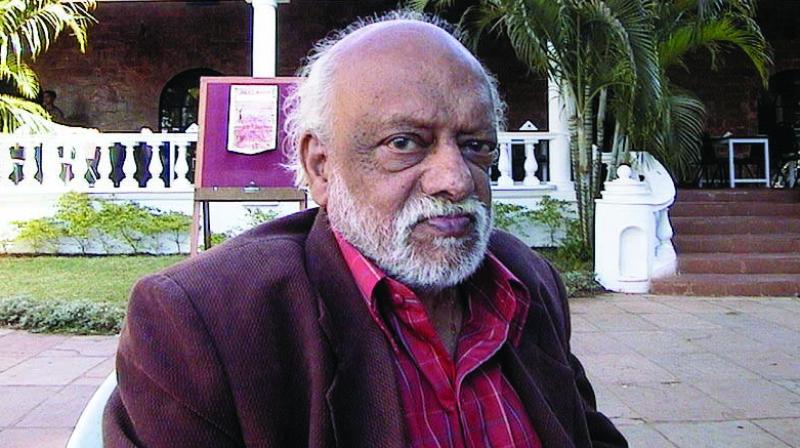 The late modernist painter Francis Newton Souza was  India’s first artist to taste global acclaim. A pioneer of avant garde art in India and the tour de force behind Mumbai’s progressive art scene, he founded the Progressive Artists’ Group in erstwhile Bombay in 1947. F. N. Souza was born with an individualistic mind and unconventional thinking. His fluid graphic style of painting and disproportionate visages of the human body has been path breaking and thought provoking in equal measure.  His paintings were bold, realistic and aesthetically forbidden. Yet he brought a new world order through his unusual depictions of the human body, as he puts it articulately in one of his write-ups, “Renaissance painters painted men and women making them look like angels. I paint for angels to show them what men and women really look like.”

At the latest Aspire online auction in Ohio that culminated on Saturday, his famous painting Visions of Multiple Heads was sold for an undisclosed amount. His other paintings put up on the Aspire online auctions for public and private sales, at the Aspire auctions website are dated from 1960s namely, Impressions of European cities in 50s and 60s, Portrait of Tribal Woman, Shades of Villages, Lamani Women to name a few. His son Francis Patrick Souza has been the sole custodian of his father’s legacy and paintings since his passing away in 2002. He tells us that these works of art on display at the auction mark a strong remembrance of his father’s days with his mother in London and Goa. “The paintings were created by him in the mini mansion at number 9, Belize park that dad purchased in 1956 and in the Maida Vale that he and my mother purchased together when they married in 1965 and a few thousand works were also created in Goa at the De Souza family ancestral mansions in Assolna and Colvale.” 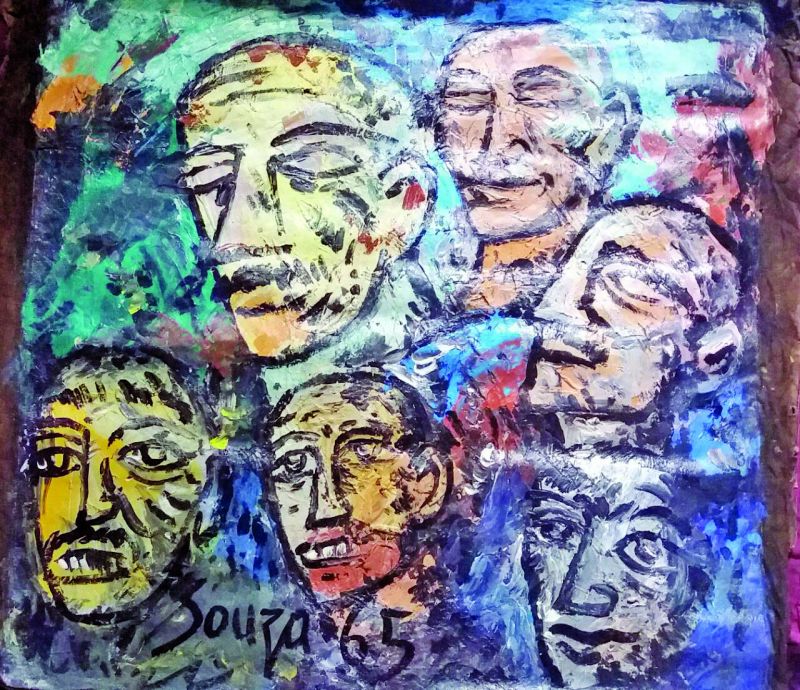 Artwork by F.N. Souza, A vision of multiple heads and Honeymoon in Goa

Even though Patrick Souza is more of a real estate and hospitality business professional, he has a deep understanding of art, growing up in the shadow of his father.  Patrick spearheads the The F. N. Souza International Fine Arts Foundation and Family Trust that was incorporated around ten years ago. He says, “We take care of the official F. N. Souza catalogue Raisonne which will soon be established, in cohesion with several senior relatives including my mother Barbara Maureen Zinkant and several cousins of my father. I am stating that all of us are in the authoritative position to authenticate my father’s work above and beyond anyone else. I am involved in the sale, promotion and authentication of my late father’s fine art works,” he informs.

For years, FN Souza’s paintings have been embroiled in controversies owing to the fakes being circulated under his signage. The business of selling first copies or fake works of art perennially plagues the art world. So how does one discern between a fake and authentic F.N. Souza painting, especially in today’s times when certificates can be issued for a meager sum of money.  “I know personally that I can tell a genuine Souza from a fake upon first sight in a Manhattan minute,” convicts Patrick. “I grew up in his studio and watched him paint throughout my young life. I am also completely familiar with his signature, date and the systematic way dad had of lettering his name, serial number of the piece, title of the work and at times the location and address as to where the particular work was produced on the verso of the painting,” he says.

Besides these check marks, Francis informs that the F.N. Souza Foundation also has a database with all the works sold and authenticated through the foundation in addition to the upcoming catalogue Raisonne. “ These two situations will be an absolute definitive and authoritative panacea in the discernment between genuine Souzas and forgeries of my late father’s body of fine art work forever,” he assures.

In his early teens, Patrick would double up as his father’s advisor either on business matters or in his personal life. As a father F.N. Souza was “indulgent, generous, playful and childlike himself,” recounts Patrick. “He was a conventional parent, as was my mother. My household was far from a bohemian commune; both my parents strictly observed homework, meal and bed times,”

Ask Patrick to list his fathers most accomplished paintings and he names the Beasts of Prey, The Honeymoon in Goa series, The Chess series, The European Cityscape Series, California Orange Groves, and the portraits that his father created of the immediate and extended family members, “especially of my mother and myself.” He narrates, “I believe the above mentioned paintings were tremendous and close to my father, as they hold an emotion towards his family and were expressed very well through his artworks.”

While it is difficult to put in words the history and legacy of F. N. Souza, we ask Patrick to decode the essence of his fathers paintings for us. He puts it articulately, “I feel from the time he started drawing and painting from his prepubescent years, he wanted to be expressive and avant garde in his work.” He further adds, “Dad was also influenced by and incorporated a number of styles in his own work. Hence, dad’s conflation in his own personal artistic style varied between Expressionism, abstract, Post-Expressionism, Surrealism, Renaissance and even pop art.”