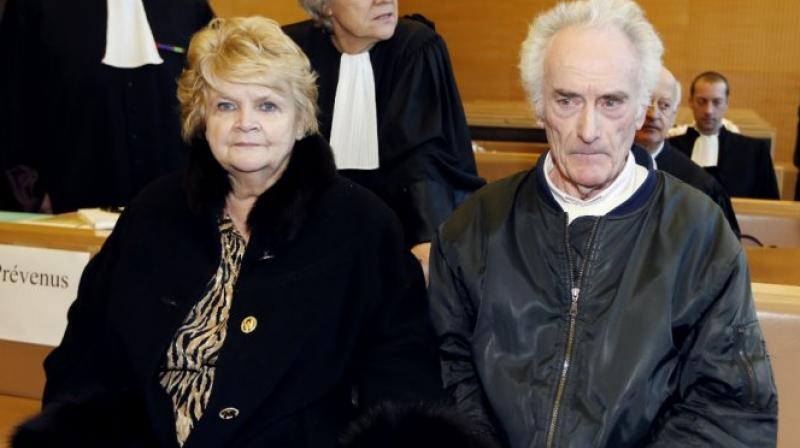 Danielle and Pierre Le Guennec were convicted for keeping the Picasso works hidden in their garage for 40 years. (Photo: AFP)

An elderly French electrician and his wife were convicted on Friday of illicitly procuring hundreds of Picasso artworks that they kept for almost 40 years in the garage of their home.

An appeals court in the southern city of Aix-en-Provence gave a two-year suspended sentence to Pierre Le Guennec, who carried out electrical work at the home of Pablo Picasso's last wife in the early 1970s, along with his wife, Danielle.

The two were also ordered to hand the works over to Picasso's heirs and to pay legal and other related costs.

The court also upheld an earlier ruling ending six years of legal wrangling that began when the Le Guennecs took out the 180 paintings and other artworks as well as a book of 91 drawings in 2009-10 to get them authenticated, revealing their existence.

The artworks that were kept in a box in the Le Guennecs' garage have an estimated combined worth of 60-100 million euros ($63-$105 million), according to public prosecutors.

Pierre Le Guennec, now 77, worked for several years at the Picasso couple's villa in the French Riviera town of Mougins.

He argued at the trial that he was given the artworks by Jacqueline Picasso upon her husband's death at 91 in 1973, which sparked a succession feud between her and her son-in-law, Claude.

Picasso, a Spaniard, spent most of his life in France.