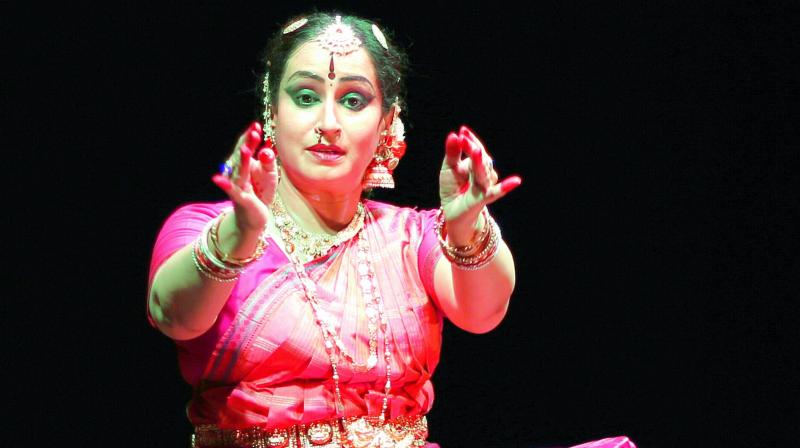 Anupama Kylash during a padam

One thing that most of the Indian classical dance forms have in common is that they require a lot of movement. But, the Meyzuvani, a presentation in the Vilasini Natyam style of dance, is different, because a major part of the dance involves sitting and emoting only through the face and upper body.

Bringing this style to the city for the first time is danseuse Anupama Kylash and she says that it isn’t an easy task.  “This dance form belongs to the chamber concert tradition of the Telugu Devadasis, that is part of the court tradition, where they would perform in the court of the King. Such performances were meant for a small crowd,” explains Kylash.

This dance form has two parts — Padam  and Javali — the Padam is the part where dancers sit through an entire song and emote using only their upper body, while the Javali would see them dancing as usual. And no, the padam is not easy. 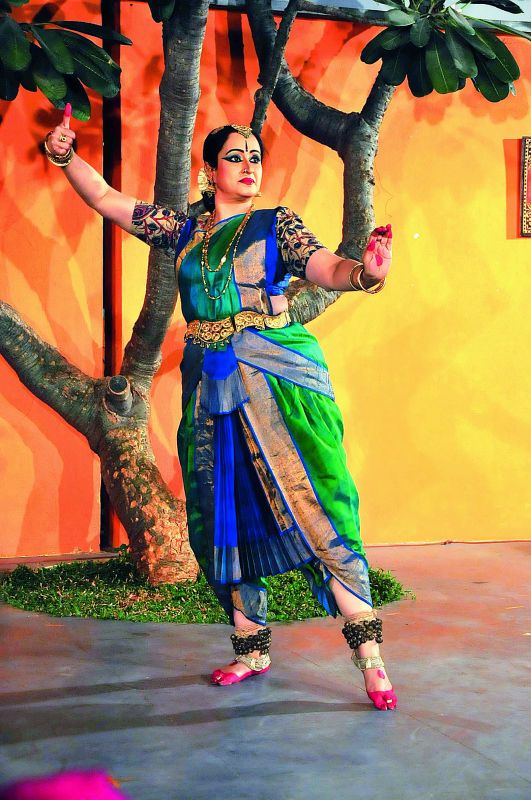 “This doesn’t require footwork, but that just makes it more difficult. Since we can’t walk, it becomes difficult to showcase that we are essaying various characters. Here, the focus is only on the face and the upper body, making it much more challenging,” she says.

She adds, “There was another composition —Company Javali — where songs were written to entertain guests from the British East India Company. These were stories created to entertain. They also made use of tunes inspired from the Celtic and Scottish bagpiper pieces. What more? The lyrics were also a combination of Telugu and English!”