Rare portrait of teenage Mozart to be auctioned in Paris. 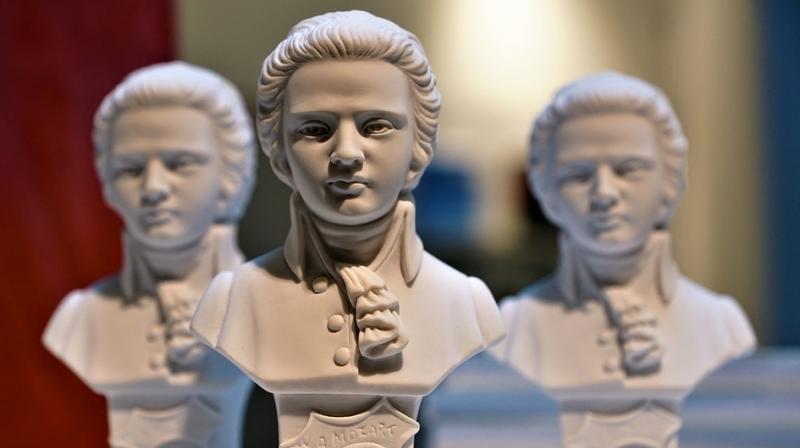 Paris: A rare portrait of Austrian composer Wolfgang Amadeus Mozart will be sold by British auction house Christie’s on Nov. 27 in Paris at an estimated price of between 800,000 euros and 1.2 million euros ($882,000-$1.32 million).

The artwork, one of four portraits painted during the composer’s lifetime and still part of a private collection, was painted in 1770. It has been attributed to Italian painter Giambettino Cignaroli.

“It is one of the very rare paintings for which we know about the history since the beginning,” Astrid Centner-d’Oultremont, head of the Old Masters department at Christie’s Paris, told Reuters TV in an interview.

The oil-on-canvas portrait depicts a 13-year-old Mozart playing a harpsichord in front of a score and wearing a white wig and a red frock coat. At the time of the painting, Mozart was traveling in Italy to continue his artistic education, giving concerts all around the country.

The portrait was ordered by Venetian receiver-general Pietro Lugiati some days after an organ concert Mozart performed in Verona in January 1770.

“Pietro Lugiati was very impressed by the talent of the young Mozart when he was traveling in Italy with his father,” Centner-d’Oultremont said.