Geeta Chandran is an artiste who makes efforts to promote Indian culture and traditions internationally. 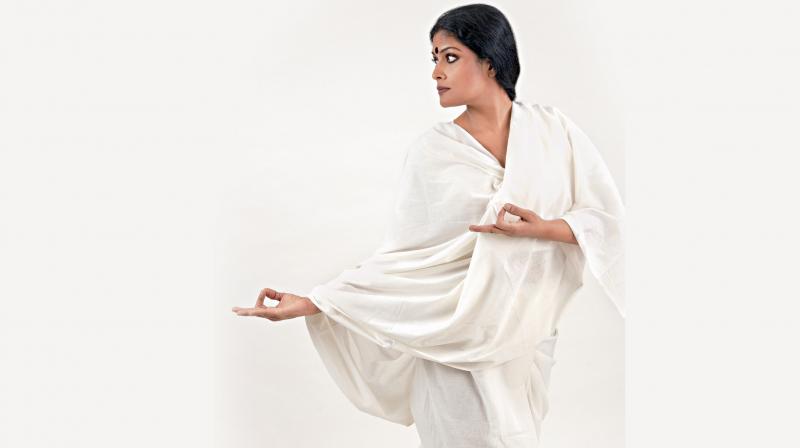 There are some dancers who always make efforts to promote Indian culture and traditions not just in our own country, but all over the world. I feel such artistes need a standing ovation because in today’s modern times when lots and lots of countries and their artistes are trying to come into the spotlight and grab every given opportunity by using dance as a medium to promote and push themselves ahead, it gets further more difficult for a solo person to break into the dance promotion arena.

Padmashri Geeta Chandran is one such artiste from India who tirelessly keeps working to uphold the Indian values internationally. Keeping her vision of encouraging Indian art forms all over the world, Geeta Chandran is now going to be performing on India’s 70th Independence Day at the Embassy of India for the Namaste Stockholm event, hosted by India Unlimited as part of India @70 celebrations in Sweden.

That is not all for this amazingly talented dancer; the next day on August 18, Geetaji will be the star performer in two performances at the Skeppsbron Stage as part of the Kilturfest, which is a very popular Stockholm culture festival.

Ah ha mind you the story does not end there. She will have the Indian cultural flag flying high on August 20, too. The gorgeous dancer will perform at the Taltscenen Stage, Kungstorget, as part of the Namaste Gothenburg celebrations. She will also lead a Bharatanatyam workshop at the Dansbanan Stage.

Let me tell you more about what is going to happen, in Bollywood we say “picture abhi bahi hai mere dost (like I said, the story does not end here)”. Following her appearances in Sweden, dancer Geeta Chandran will travel to Serbia for performances to celebrate the 70th Independence Day of India and 70th anniversary of establishment of diplomatic relations.

Hosted by the Embassy of India in Serbia, her performances, entitled “Satyam Shivan Sundaram”, is slated at the Opera & Theatre Madlenianum, Zemun, Belgrade, on August 22; the Sabac Theatre in Sabac on August 23 and at the Cultural Center, Smederevo, on August 24. These visits are under the auspices of the Indian Council for Cultural Relations, the cultural wing of the Government of India’s ministry of external affairs.

Diary of Geetaji in the month of August is indeed full, but that is because she is a one celebrated artiste and a star-performer who, in her performances, skilfully weaves abstract notions of joy, beauty, values, aspirations, myth and spirituality. A polymath artiste, that she is, she is celebrated not only for her deep and composite understanding of the art of Bharatanatyam, but also for her Carnatic music as she is a trained and accomplished vocalist too. Her work in television, video and film, theatre, choreography, dance education, dance activism and dance-issue journalism gives her there ability to carry the cultural flag of India all over the world.

You all know Geeta Chandran as the founder-president of Natya-Vriksha and artistic director of the Natya Vriksha Dance Company, known for the high aesthetic quality of its group presentations. In her effort to “en-dance the universe”, she engages in a strategic range of dance-related activities: performing, teaching, conducting, singing, collaborating, organising, writing and speaking to new youth audiences.

But I know her as a person who has offered her entire life to her passion — dance.

Sandip Soparrkar is a well-known Latin and ballroom dancer, a World Book of Records holder and a Bollywood choreographer who has received the National Achievement Award and the National Excellence Award from the Indian government. He can be contacted on sandipsoparrkar06@gmail.com