A night of Urdu poetry and ghazals, curated by Tom Alter, is part of a festival, which seeks to celebrate the richness of Indian history. 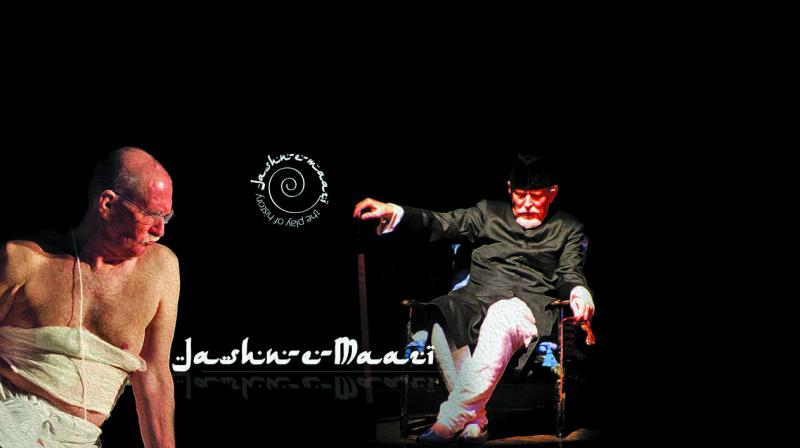 The actor’s collaboration with Uday and Zia is perhaps as nostalgic as his love for the language as he has worked extensively with both.

Padma Shri awardee Tom Alter’s love affair with Urdu dates all the way back to his childhood. Having grown up in a family where he was surrounded by the language, the actor has subsequently done a lot of theatre performances that involve the language. Pairing his love for Urdu, with his interest in Indian history, the actor has curated a theatre festival — Jashn-e-Maazi or The Play of History — spanning 17 days of theatre, dance and poetry performances. The essence of these performances can perhaps be encompassed in the third evening of the festival, Safar-e-Shayari, which is an evening of Urdu poetry, ghazals, nasms and dance, which finds Tom collaborating with fellow actor Uday Chandra and danseuse Zia Nath.

“I grew up in a household where Urdu was very much a part of the repertoire. My father, who was a padri (a Christian priest), used to read his sermons and the Bible in Urdu. For the past 15 or so years, I have also translated this love for Urdu to the stage with performances in the language,” recalls the actor.

However, Urdu is not just a language that has surrounded the actor alone. Tom explains that at the time of the Partition of India, 25 to 30 per cent of the population was Urdu speaking, and the vestiges of the language have always followed native languages, especially Hindi. “Urdu is a language which surrounds all of us. We speak it without realising it. Every time you use words like tamasha or intezaar, you are speaking Urdu and not Hindi. The fact that, till even ten or 15 years ago, most Hindi movies had over 50 per cent Urdu dialogues may have something to do with its universal popularity,” explains Tom, adding that many Urdu poets, like Shaquil Badayuni, also wrote dialogues for films.

The poetry-lover, who will be presenting ghazals, nasms and sher o shairis dating all the way back to the 1700s up to modern day poems, says that Urdu literature has evolved massively since it’s perception. “The 34 poets whose poems I will be presenting, goes all the way back to Mirza Muhammad Rafi Sauda, who wrote during the 18th Century, to Parveen Shakir, who passed away in the 1990s. Poetry in Urdu has had its revolurionaries, right from Mir Taki Mir and Mirza Ghalib to Nida Fazli, who passed away last year. Take Shahryar, for instance; his poetry speaks about today’s India instead of romance and love,” Tom elaborates.

The Urdu connoisseur says that the language has in no way lost its popularity, even among the youth. “I was just at Pune University a few days ago where there was a poetry contest and some of the students who wrote in Urdu had powerful, well-written poems. If you go to schools and colleges around the country, you will see amazing endeavours around Urdu literature happening all the time. We just don’t know about it,” he says, adding that this festival is his way of bringing the language and India’s history to the forefront.

The actor’s collaboration with Uday and Zia is perhaps as nostalgic as his love for the language as he has worked extensively with both. “I have been working with Uday for over 20 years. I have also worked with Suresh Watwan, who will play the tabla with him, for over 15 years. Though my association with Zia is more recent, even that dates back to over five years and we have collaborated on various projects. I am really forward to sharing the stage with all of them for Safar-e-Shayari. I am also eager to see how the festival shapes up in its entirety, since it covers Indian history right from the Mahabharata to recent times, and I am in all 17 performances,” he signs off.