Of girlfriends and haunting feelings 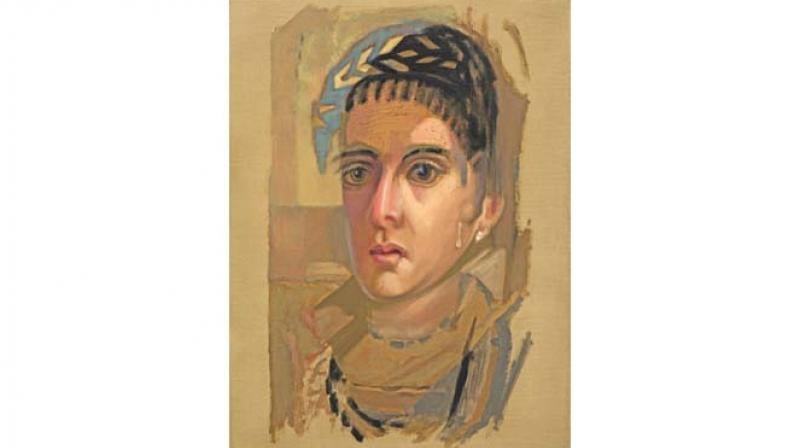 Artist Atul Dodiya, one of the most important contemporary artists in India, says that for an artist, labels like ‘contemporary’ or ‘modern’ are not important. What matters is his thought process while he is creating art and the gratification it gives him.

In his exhibition “Girlfriends: French, German, Italian, Egyptian, Santiniketan, Ghatkopar…”  — which is currently on display at Vadhera Art Gallery, he is autobiographical, using works from master artists of the bygone era and revisiting them according to his perception and personal significance.

Provocative and diverse, the artworks — unlike most of Atul’s previous works —have no story to tell. These are faces which speak strongly for themselves and invoke emotions.

The artist elaborates about the show and its significance.

How did you conceptualise the show?
The seeds of this exhibition were sown with the idea to explore female portraiture as practiced by master artists over the centuries. I have carefully selected artists and their works and then transformed these diverse portraits, from different historic and geographical zones, by engaging them with a shared subject matter. 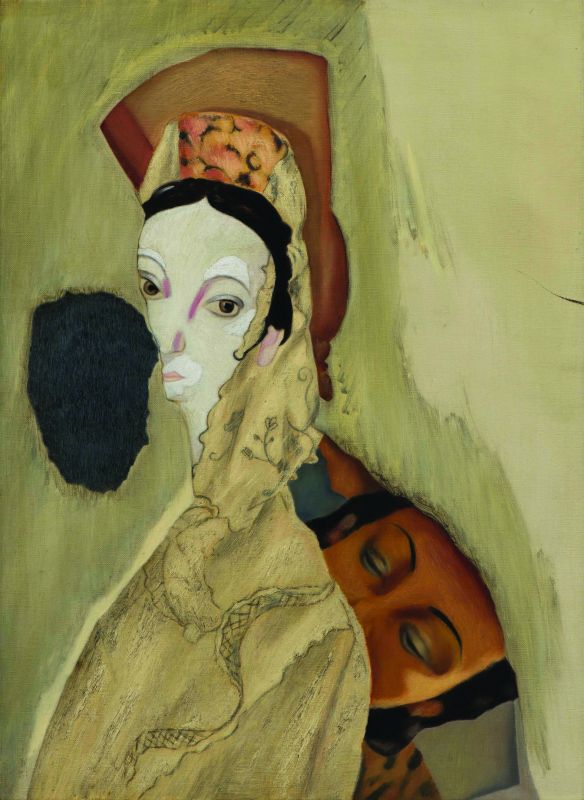 The Grey Patch, Oil on Canvas

The portraits include Francis Picabia’s portraits of the Dada period in the mid-50s; Albrecht Durer’s early 16th century drawings of female figures; representation of women from Piero Della Francesca’s Arezzo Frescos of ‘The Legend of the True Cross’, Rabindranath Tagore’s 1930s watercolour portraits, Fayyum mummy portraits from ancient Egypt, and an intervention with found drawings of an unknown artist from Ghatkopar, where my studio is located.

How have you experimented with form and content?
The exhibition consists of six different series — French, German, Italian, Egyptian, Santiniketan and Ghatkopar. They all are very distinct in the way the subject and the canvas have been treated and the techniques and mediums have been used. For example, the Santinekatan paintings are watercolours, whereas the German series are drawings and watercolours. In the Italian series, I have used a base of laminates and then applied epoxy putty to recall a very heavily loaded wall like the surface of fresco. You almost feel like a real fresco has been lifted from the wall and placed here. 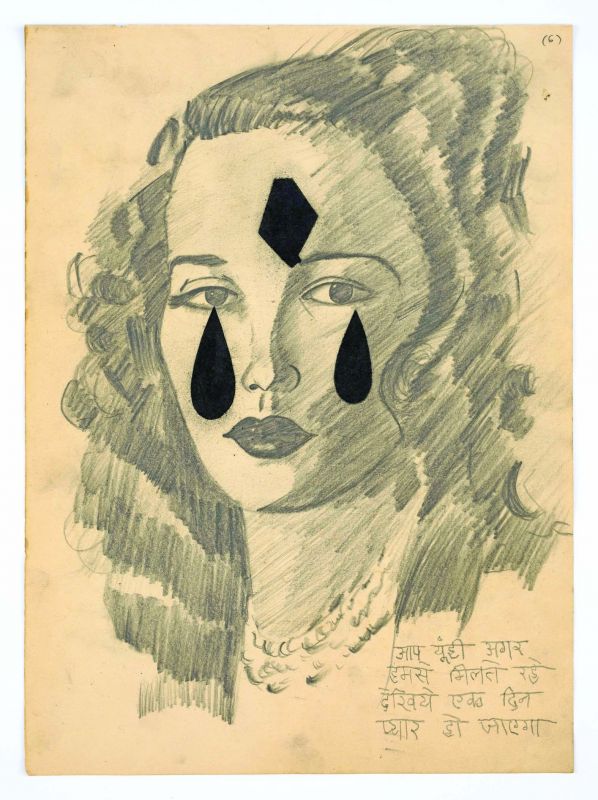 What are the techniques you have worked with?
Apart from a variety of mediums, a variety of approaches have been used. For example, when I painted the French portraits based on Francis Picabia’s work, I handled them very differently from the kind of portraits I did in the Egyptian series. Both are oil on canvas but the rendering, treatment and conception of those figures are very different. Over the years, I have enjoyed using a variety of techniques, mediums, subjects, and narratives, and have never really repeated myself. I try to do something new just to find that wonderful new experience.

Unlike your earlier works, which were a narrative, this show has no story to tell. What is the reason behind this?
These are portraits and human faces which could tell you a lot of stories, but more than stories, they generate emotions. When you see someone or when you see a photograph of a person, you are emotionally affected. The same happens when it comes to portraits. When I am painting Gandhi, or other figures that project a narrative, there are certain stories that I want to tell. But here, the faces themselves speak a lot. Especially the eyes! There are haunting feelings, ghostly or extremely sad feelings. So, these are the emotions that arise instead of a strong narrative in these artworks.

These artworks are deeply personal and you have used different ways to express the same. What is the reason behind being autobiographical?
While painting these, I thought a lot about time, and passing time, about losing things and also how the past is never a past. I am an artist, if you call me a contemporary artist or modern artist; all those labels are not important. This show resonates very personally with me. The Egyptian series are  particularly significant. They are based on the Fayyum mummy portraits that were originally painted 2,000 years ago in Egypt. 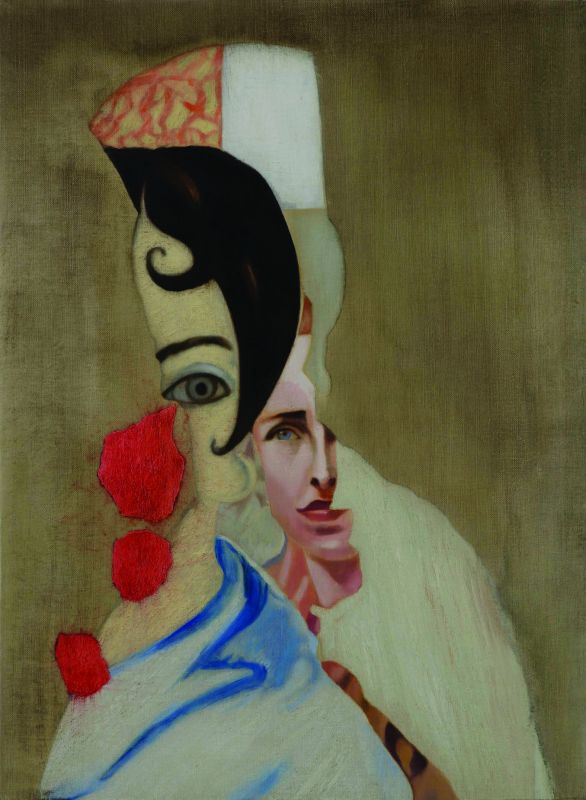 Olga Hidden, Oil on canvaspaintings, I have superimposed my wife Anju’s portrait on the original paintings. Many years ago, Anju told me, “If you ever paint me, paint me in this Fayyum style.” Fayyum portraits are done for dead people. These paintings are painted and placed on the mummy of the dead. It was shocking and fascinating at the same time to combine and compose her face onto the Fayyum portrait.

Was it difficult to bring these artworks together?
The biggest struggle was the thought about how such a distinct and diverse series of works would hold together as a whole. Whether it would be interesting to the viewer or would it be too disconnected... But as I started working and went on, I was enjoying the different qualities of each work and since there is a similar thread running through each paintings, I feel they complement each other very well.