I recall a few years ago an artist had created an installation resembling a giant ocean wave. 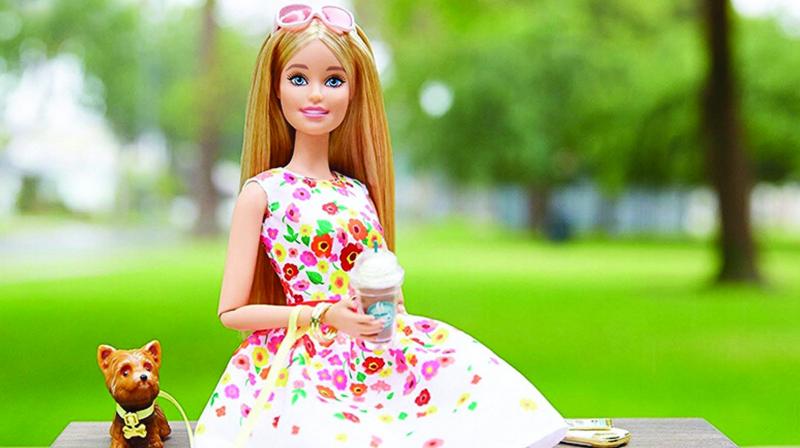 Ditto for toys from Banaras. Earlier they were available mostly in vermillion hues, but over the years their palette has changed to include blue, ochre, and Indian pink.

The summer holidays are in full swing and domestic activities include large dosages of “doll related” activities thanks to my niece, who owns a vast collection of Barbie dolls, a large number of them wheedled out of yours truly over a period of time. My take on the Barbie phenomena is only negative. I simply detest these dolls. Not only because I envy their blue eyes and blond hair (that too) but more because I can’t bear the long legs buxom figure stereotype these dolls have perpetrated among our little girls.

I shudder when I look at teenage girls trying desperately to emulate Barbie dolls type clothes, hair accessories and handbags right down to the impossibly designed footwear. I mean how can anyone totter around in those shoes and not get crick in their neck and legs? Thankfully of late there are many flat shoes wali Barbies doing the rounds too as part of the company’s corrective strategy but it is two generation down already. Even when the manufacturers are coming up with dark and caramel toned Barbies at the altar of political correctness, their body shapes are the same stereotype. Call it a conditioned response if you will, at the risk of sounding outdated I must confess that most of us would much rather a blue eyed-blond-haired type doll any day as opposed to any black haired dark skinned beauty, but no Barbie dolls please!

Worst is the fact that there is an entire industry around it: Barbie clothes, shoes, bags, plastic house, individual rooms like bedroom, living room, kitchen, swimming pool, cars, animation film series to everything else in between and beyond. Someone in China is sure making hay. But then our brethren closer home are not far behind. Gone are the days when expensive toys were a method of bribing someone you wanted to curry favour with saying Bachhon ke liye khilone hain ji. Today’s double-income-one-kid families think nothing of buying kids toys all the year round as opposed to birthdays and festivals. Make a visit to any toy store and if you are not appalled at the prices and the quality offered in that price I am willing to change my name.

I recall a few years ago an artist had created an installation resembling a giant ocean wave. Closer investigation revealed that it was a wave comprising hundreds of Barbie dolls. It filled me with horror! To me it was as ugly and as lazy as the found object installations of Subodh Gupta. 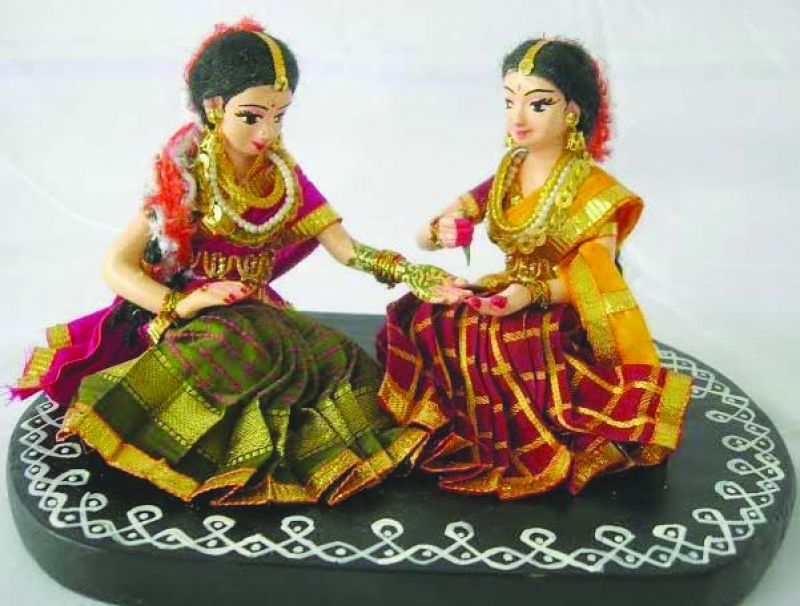 The worst is that the toy trade is a largely unregulated. Cheap imports from China in indifferent quality at dollar conversion prices have sounded the death knell of individually crafted toys from different parts of India. Chengalpet enroute to Mysore from Bengaluru was such a favourite stopover for great dosas and wooden toys and when we grew up, beautiful wooden jewellery. I am happy to report that these are still available: The toys are delightfully bright coloured, superbly finished, never have any splinters so are safe even for young children and a joy to play with. The toys are mostly activity oriented so that by tugging at a string, the toys move and involve the children. One toy that is an all-time favourite is a joker who moves his arms and legs by pulling a string!

Ditto for toys from Banaras. Earlier they were available mostly in vermillion hues, but over the years their palette has changed to include blue, ochre, and Indian pink. The best part is that the toys have intrinsically remained the same — for instance there used to be a traditional chakki or grinding stone and a chulha or stove in this set that still forms a part of it. The only difference is that earlier it used to be packed in a quaint, pretty handwoven basket, it is now packaged in some form of plastic. The good part is that the craftsmen have found additional avenues for their creative impulses by creating wooden icons and painting them in fine detail. You will find Lord Krishna on the rath recounting the Gita to Arjun, Lord Rama, Sita, and Laxmana in splendid detail rubbing shoulders with delicate peacocks, ferocious lions, bulls, horses and attractive birds.

Similar toys come from Raghurajpura in Odisha. Except stylistically the toys are closer to the leather ganjifa playing cards and the Pattachitra paintings from the state that sport delicate bindis or dots. Lions, horses, deer and small human figurines in dance postures are a huge favourite. Interestingly, while most of the men are the mask makers, the women are the ones who “decorate” these toys with paint. Many of the men also double up as Seraikela Chhau dance mask makers. Auroville in Puducheri excels at creating contemporary toys like train engines, autorickshaws, puzzles and other such toys that are unpainted and superbly finished and also intelligent in their creation and usage.

Just when you thought the vacuousness of the mindless act of combing the dolls hair and other such Barbie activities were all that exist by way of toys, think again! And will people please actually use these toys to bribe adults and children rather than China-made monstrosities? Make in India and use all over the world! Jai Bharat!