The story of paintings going missing is hardly new

The Ministry of Culture has been approached and has agreed to give a grant to open the museum. 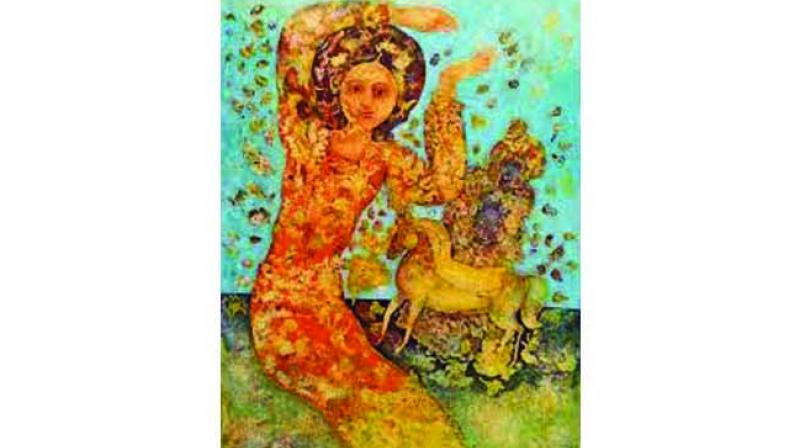 A work by Shakti Burman

The story that is keeping the art world agog these days is the story of the missing paintings from the Air India offices surfacing in the art market.

I am not surprised. The only thing I am flabbergasted about is it being talked about – almost to the point of being orchestrated. One or the other painter getting up to claim that his or her painting has surfaced in the market is what is startling. Don’t get me wrong. I am not questioning the veracity of the claims, and in the absence of any paper work on the matter, it is all in the realm of the “maybe”.

This is not the first time it has happened and sadly, it won’t be the last. Suddenly when Air India is in the eye of the storm and Niti Ayog is out to pull the rug under its feet, and seek blanket disinvestment as opposed to the partial loss making ones, this controversy is surfacing to galloping figures from Rs 200 crore to Rs 750 crore and counting. The journalist in me smells a rat.

Who is making the assessment in the absence of the physical works or even their images? They are just wild allegations in the absence of a proper documentation of art works. The fact remains that their core competency lies in flying aircrafts and in the absence of qualified cadre, such problems are bound to happen.

Tuesday night one of the so-called stolen paintings has reportedly been returned anonymously in an unmarked box. I spoke to the director general of Air India Ashwini Lohani, who confirmed that they are investigating it strictly. But the fact is that when there was not enough understanding about the value of art, and in the absence of proper documentation, which is a relatively new phenomenon, collections have been languishing or gone missing even from museums what to talk of other organisations. 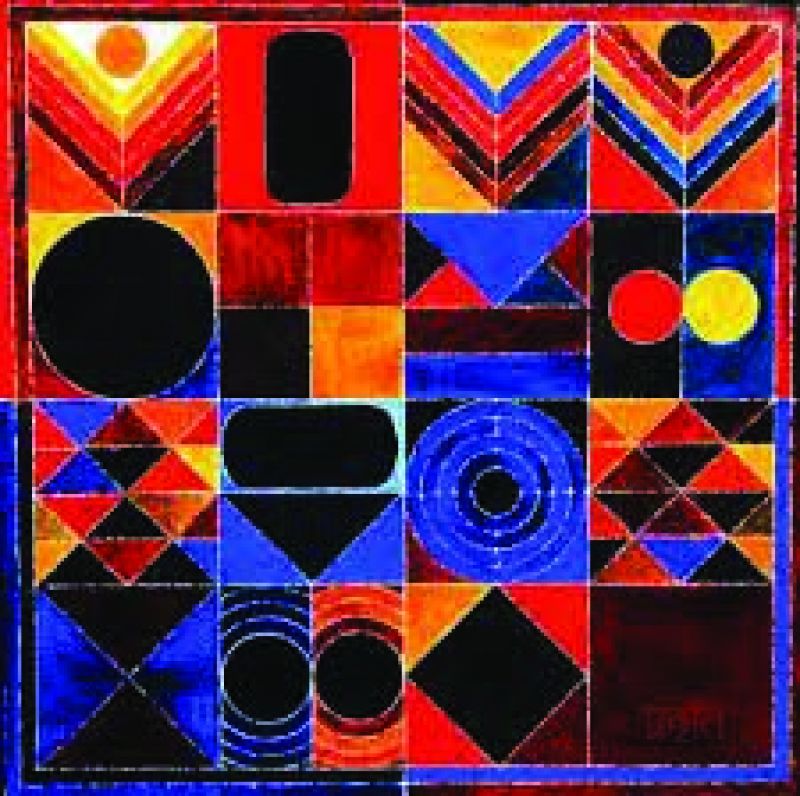 In order to stem the rot, Mr Lohani shared that Air India has undertaken a massive exercise to gather and catalogue nearly 8000 to 10000 artworks owned by it in various venues in a first. The works are being photographed and digitised, preliminarily cleaned and packed and are under strict security checks with a view to open a museum. The work is ongoing and is likely to end in March 2018.

The Ministry of Culture has been approached and has agreed to give a grant to open the museum. This has been made possible given that Mr Lohini has a museum background and has a keen understanding of what needs to be done and has the courage to do it. His professional image and personal integrity is squeaky clean and is he is known to take difficult decisions against all odds.

But what amazes me and makes me question this is the timing of bringing Air India to further disrepute. How come when the erstwhile Kanishka Hotel lobby mural painted by M.F. Husain went missing, there was not a squeak out of the art world or the government or the Eros group which acquired the building? How come when works of public art like the fountain designed by K.S. Kulkarni went missing from one of the NDMC roundabouts, no artist came forward to protest? How come when Manjit Bawa’s paintings were dumped in the garage of the CMC building and rainwater ruined them, none lamented? There are countless such examples.

These I have personal knowledge about hence highlight them. Besides, in a scenario where we treat our art and artists so shabbily that there is not enough respect to both, what do you expect?

When artworks are acquired by an organisation it is usually when the person at the helm of affairs is interested in art or artistically inclined or has a vision for the future or is a plain canny investor. Organisations like the Air India are in the enviable position of being able to acquire paintings literally for a song – Artists, even senior ones, are happy to help national organisations. As has been the trend, artists are invited to art camps in destinations where there is little air traffic — after all, nothing is more perishable than plane tickets and being hosted in hotels where they have tie-ups and paid a token fees for the art works so acquired. For a painting say worth Rs 10 lakh, the outlay will end up only at Rs 2 lakh and that too in services and not in cash and it becomes a win–win for everyone.

The example that I often quote is that of the ITC. One of their properties in Delhi – the Maurya – its building and land on the posh Sardar Patel Marg, was evaluated at `300 crore way back in 2006.

At that time their art collection was evaluated at Rs 350 crore. Obviously someone had a vision for the future and understood what it meant so the carefully chosen works are the pride not only of the space, but are almost museum worthy iconic works.

A number of the works were acquired during art camp participations in different hotels or barter deals.