The torch bearers of classical dance

Today’s torch bearers are the epitomes that have taken the baton forward with responsibility and competence. 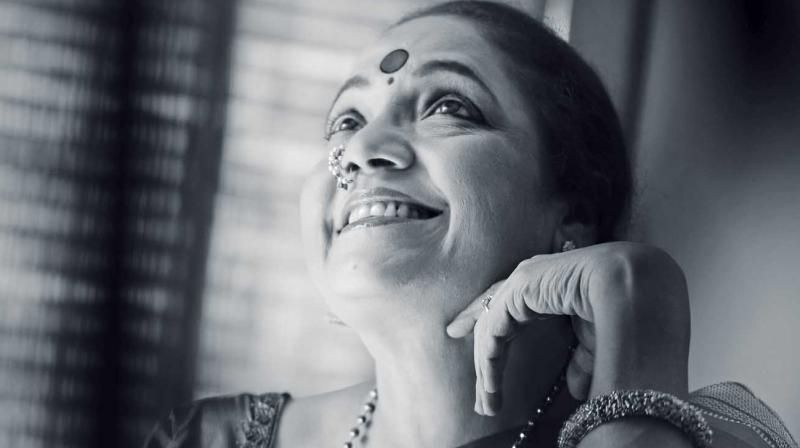 The classical arts have lived and survived the onslaught of invasions and western influences because of its intrinsic strength and methodology of transmission. The guru shishya parampara through the oral tradition has ensured to keep our arts, techniques and heritage alive and robust till date.

Our legends made way for the torch bearers and the present torch bearers are encouraging the flag bearers to follow the band wagon in succession. In their early 50’s these torch bearers are global stars performing and perpetuating Indian heritage with such authority and abandon. They have been instrumental in continuing the task started by their seniors who took the baton of classical dance and entered the international platform to initiate the audiences and inculcate an interest not only to watch and enjoy but to understand and learn.

This current batch of torch bearers have moved with the times and its needs. The changes in life style, the existing exposure and time availability have been the primary factors to rework and create a teaching and performing methodology that is accepted, appreciated and attractive to the next generation of young dancers who I refer to as the flagbearers.

The classical styles have metamorphosed in to a form that is highly rhythmically calculated, physically precise and perfectly laced with emotions that are subtle yet in depth. Today’s torch bearers are the epitomes that have taken the baton forward with responsibility and competence.

In India there are many classical dancers with great dancing skills and ability, so that I could do justice to this article I spoke to super dynamic art promoter Ms. Usha R.K. who is member secretary of Intangible Cultural Heritage for the Ministry of Culture on Contract. She is the one who worked day in and day out to make Yoga day a national responsibility and also the beautiful city of Varanasi as the Creative City of Music in UNESCO’s Creative City network.

She is also responsible for taking Kumbh Mela UNESCO recognition. Always energetic and full of life lady as an avid dancer and dance lover. Ms Usha travels all over India and abroad where she takes along with her senior classical dancers as well as upcoming classcial dancers, this she does only to promote Indian classical dance all over the world. She holds and presents various classical dance based workshops, shows, lectures and events. So for this article I thought that she would be the ideal person to talk to. One phone call to her telling about the topic ‘Torch Bearers’ and her answers were ready on the spot. Based on Ms Usha ji’s experience in the world of classical dance she feels the Torch bearers who will shine like gems in the cultural crown of India: Bharatanatyam : Rama Vaidyanathan — Carrying the baton and flag of the legendary guru Yamini Krishnamurthy , she stormed the world of dance with her mesmeric and electrifying technique of Bharatanatyam. This prevailing and preferred performer has regaled the tradition of her guru with sincerity and aplomb. Rama Vaidyanathan has raised the bar of her expositions in each and every ensuing performance, creating a progression of thought andperformance enhancement pattern that has not been imitated by others. Her dance excelled at every juncture in the requirements of that time, the early part of her career saw her technique and semantics sparkle with gems fromher gurus lineage and contributions and as she matured , her performances experienced a prolific evolvement in content and technique. Today she the reigning superstar of Bharatanatyam

Kuchipudi: Deepika Reddy — The bouncy lilting walk, the visual beauty that exudes lyrical movement was what attracted this lissome and slender dancer to take up dancing as a professional career and the hard task masters rigorous training sculpted Ms Deepika Reddy in to a Kuchipudi dancer to reckon with. The teluguness was in her veins and she did all within her abilities not only to master the style but also make her presence felt. Ms Deepika’s prime accomplishment is her aesthetic presence, quicksilver like footwork, communicative abhinaya and ofcourse the Vempati Chinna Satyam Stamp that over rides all attributes. Her relentless striving to preserve, promote and propagate her dance style and its content is being appreciated by communities across the globe.

Kathak: Rajendra Gangani — In a form that specialised in footwork  here was Raju bhaiya who stole the hearts of connoisseurs and lay audiences with his mesmeric expressions. His eyes conveyed myriad emotions in every bhajan that he attempted. He left the audiences moist eyed when his eyes expressed that yearning of Meera for her Krishna or the eyes of Surdas, that saw beyond its blindness the magnificence of the Maha raas. If one thought that it was only Abhinaya that he mastered one would be wrong. While his feet negotiated the tala patterns his eyes and fingers counted and visualised permutations and combinations on the spot, creating varied unthought of patterns leaving the Rasika open mouthed.

Odissi: Sujata Mohapatra — As the disciple and daughter-in-law of the late Guru Padma Vibhushan Kelucharan Mohapatra,  she was blessed to inherit his ardent devotion and blind passion for the classical dance form.

Sandip Soparrkar is a World Book record holder and a well known Ballroom dancer and a Bollywood choreographer who has been honoured with National Achievement Award and National Excellence Award by the Govt of India. He can be contacted on sandipsoparrkar06@gmail.com.