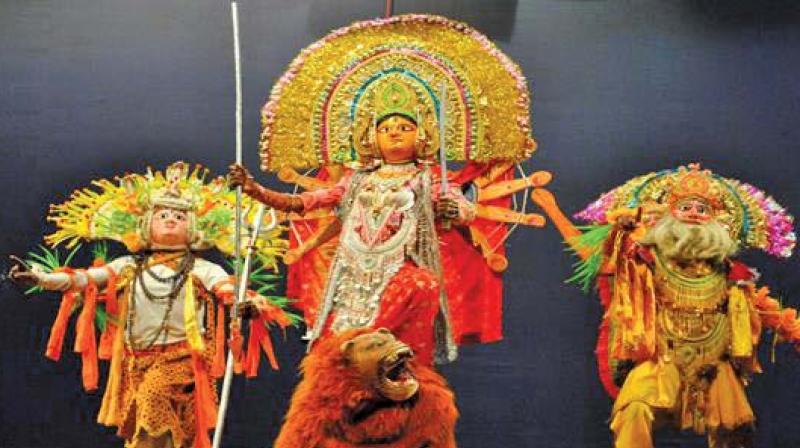 The popular mythological tale of the mighty Durga combating demonic forces and the story of Meera’s selfless devotion for Krishna came alive in dance recitals at a festival.

The Summer Ballet Festival, which began on May 5, re-interpreted age-old stories through dance forms like Kathak, Odissi and Chau.

Presented by Shriram Bharatiya Kala Kendra, the four-day festival also attempted to break gender-based stereotypes, with men taking the stage, playing not just the male characters but also many of the female ones.

“I wanted to re-interpret these stories in a way which is relevant to our society today. Each character symbolises the dilemmas and traumas of modern-day society, each woman defies the male order and each demon that lurks in every corner is slayed by strong powerful and independent women,” says festival director Shobha Deepak Singh.

“We are bending all gender rules here, and the audience will see a man playing Durga which will become apparent only when the costume comes off,” says Ms Singh.

The fascinating tale of Karna from Hindu epic “Mahabharata” was performed in Mayurbhanj Chau style by Swapan Majumdar.

“Karna’s life is a study of relations between man and his destiny. For no other character in the Mahabharata have the circumstances remained so hostile. His anger raises questions of dharma and truth.”

“It also brings to light the little known facet of Draupadi’s life whose relationship with Karna is portrayed beautifully and sensitively through verses from Ramdhari Singh Dinkar’s famous book on Karna, Rashmi Rathi,” says Ms Singh.

“Khajuraho was choreographed by late K.C. Naik that was first performed at the Kendra in 1984 and it still continues to regale the audience with its impeccable grammar and style,” says Ms Singh.

The festival being held at Kamani Auditorium will culminate on May 12.