Photographs from designated black camps are far less common than from white camps. 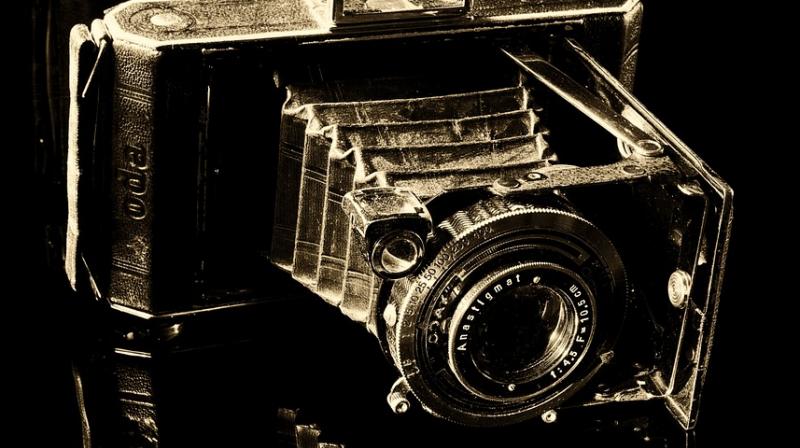 DETROIT: A striking, sepia-toned picture recently acquired by the University of Michigan jumps out from the past and begs to tell a story: A man dressed in a heavy coat and hat is as big as the cabin door whose knob he is reaching to turn and enter.

The rare photo is among 30 acquired by the Bentley Historical Library last year from a private donor that capture a place and time often overlooked by history: black Civilian Conservation Corps camps in Michigan and elsewhere during the Great Depression. The photos are the only known images of the state's segregated, all-black camps. President Franklin Roosevelt established the corps in the early 1930s, offering shelter, clothing, food and wages to a "vast army" of unemployed men who worked to conserve and restore national resources.

As the people and stories behind the pictures are increasingly lost to time, the university posted them online and launched a public call for information. So far, Big Jim's story is the only one that's been filled in, thanks to people who knew him and responded: He was James Richardson, a quiet, strong, hard-working rural Michigan farmer who served in World War I and went on to join the CCC.

For the archivists, it represents delayed but welcome recognition for the contributions of workers who faced discrimination and marginalization during a dark economic era.

"What I liked about the photographs is they show that these young guys were doing work on parks, trails, out in the woods - way away from their homes," said Morris Thomas, who as a child knew Richardson and identified him for Michigan researchers after seeing his image in a state history magazine. "It is something unique; there aren't that many photos available."

Eighty-five years after the Civilian Conservation Corps' creation, any cache of this kind is a boon to historians. Photographs from designated black camps are far less common than from white camps. Thomas, now 75, says his family also had photos of an uncle who worked in a black camp but laments, "Now we can't find them."

Despite the legacy of segregation, the photos and stories they conjure reveal elements of unexpected egalitarianism and advancement.

"That was a tremendous thing for black people," said Thomas' cousin Frank Thomas, who as a boy often spent time with Richardson and neighborhood friends. "There were really no jobs for black people at that time, only menial jobs. All those guys got a chance to ... show people they can work and can do anything anybody else can do."

CCC camps initially were integrated, according to the university, but became segregated by 1935 amid community protests. Out of Michigan's roughly 150 camps, some 16 were designated for black men. Black membership was capped at 10 percent of the overall corps, which numbered around 3 million over the course of the program.

"The CCC camps did tremendous things to better the community for both black and white people," Frank Thomas said. "Put in playgrounds, all that stuff."
Joan Sharpe, president of the Civilian Conservation Corps Legacy, said the segregation in the camps reflected U.S. society at the time. Still, she added, that doesn't erase the opportunities it provided for people of all races.

"The guys I've talked to that were in the CCC camps that were black were very grateful ... to have access to education, access to vocational training, learn how to lay stone, build roads - things they would not have had before," said Sharpe, whose group serves and supports CCC alumni.

"I have to look at it from their perspective," she added. "Their story and station in life would be very different than us looking back on it and saying, 'Oh, how awful.'"

After leaving the CCC, Richardson continued his hard-working ways, according to Thomas and his cousin. He tended to his 40-acre farm in Manistee County and did odd jobs such as cutting logs and hauling pulpwood to a paper mill. Local legend has it that he once lifted a Model A for someone with a flat tire and once attached a plow to himself to take over for a stubborn horse. He died in 1959 at age 65.

Frank Thomas, 79, believes "Big Jim" served "as a big ambassador for black people," and can still be for people who see his picture and hear his story.
"You'd think of a man that size he would be aggressive, but I never heard tell or saw any indication of that," he said. "That goes long way in race relations and community relations."