Through project Kalivandi, Sini is collecting waste from Kerala’s schools and turning it into toys. 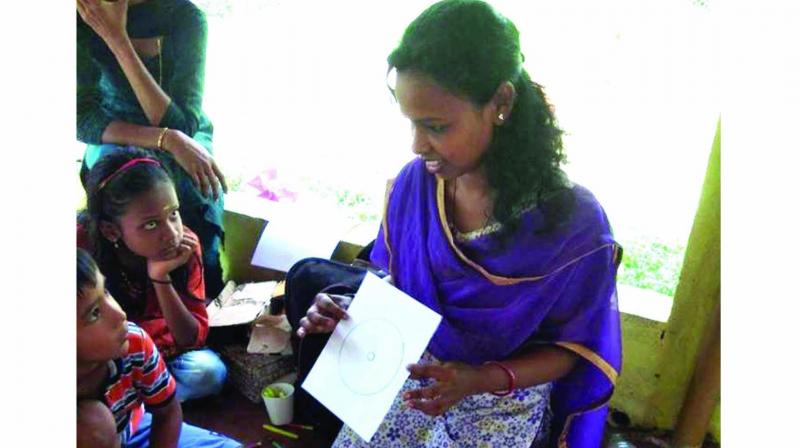 Have you ever wondered where your plastic ends up? You probably won't believe it if someone answers “inside a young male sperm whale that was found dead off the coast of Spain”, quoting one tragic incident that shook the world two months ago. It is once again a dire reminder that our pollution has a great price — and that price is often paid by wildlife. Plastic never goes away. And it’s increasingly finding its way into our oceans and our waters. Tons of plastic fragments — like grocery bags, straws and soda bottles — are carried into the land and water every day. How can we put an end to it? Even if we reduce the use of plastic, are there any alternatives? Why don’t we use refillable metal containers? How about plastic shopping bags? Why don’t we use and reuse cloth or mesh bags that will last for years and cause no harm?

While the world is still looking into oblivion without any answers, an enthusiastic lady from Malappuram is making waves by finding a new way to recycle the plastic. When she completed her engineering graduation, Sini had only one goal — to do something that can be useful to society. An issue that was on her mind for a long time was the plastic pollution. And she wanted to do something about it. Now she is on a journey from Kasaragod to Thiruvanantha puram. In each district, she goes to one selected school, collecting unwanted plastic material and then transforms it into beautiful toys. The project named Kalivandi that was started on August 1 has reached Thrissur district and she says she is getting a positive response from students. 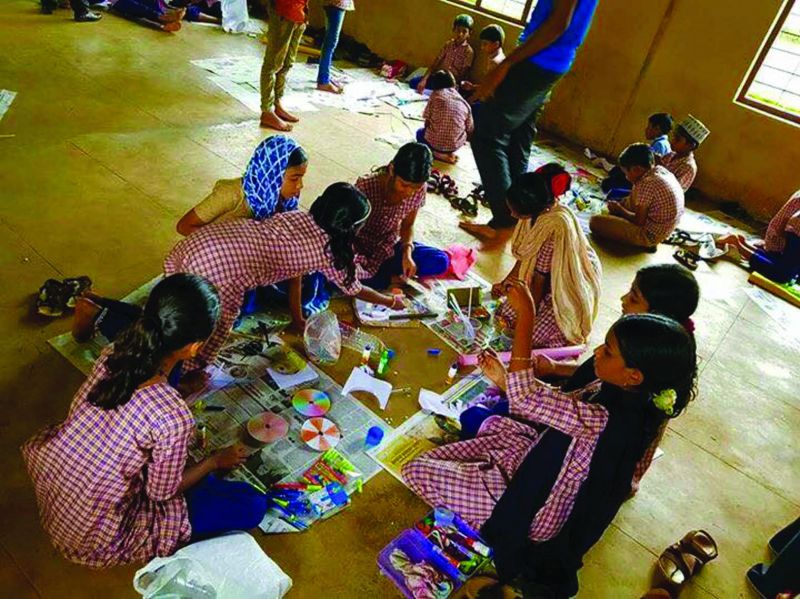 “When it was invented, it was considered one of the most useful things. Now in no time, pollution from plastic waste is as harmful as any deadly disease. During my college days, I used to keep all my plastic utensils. At the end of my studies, I could amass a lot of things, mostly plastic. So the first thing that struck me was the amount of plastic waste that each person discards each year. So, from this thought I decided to do something,” she says.

Though she wanted to start by making people aware of the dangers of plastic, she did not know where to start. That’s when she heard about Subith Ahimsa, an IIT post-graduate who, instead of a job corresponding with his qualification, took up this cause.

She has been doing workshops on recycling and upcycling plastic and turning it into playful toys for children. She conducts awareness classes and skill-based workshops for the children below 15 years old. “In my workshops, children are taught to make toys from discarded plastic waste. And when it comes to waste management, Sini believes in the saying ‘catch them young’.” That was just a start. Sini turned her attention into making toys out of common household waste. Some of the things include containers in which the ice creams are sold and CDs.

When asked about why she is teaching only children and not elders, she says, “It is difficult to inspire or get the elders to do something innovative. Hence, to solve problems associated with the environment, we need to mould the young generation. They are the future and it is they who need to ensure that it is secure. That’s why I started my journey of Kalivandi,” says the young electrical engineer.

The enthusiasm of kids who participated in the various workshops she conducted encouraged Sini to quit her job and take up these classes on a full-time basis. “I began making paper pens. I still make them on request. So whenever I meet students I teach them how to do it,” she says.

“It is heartening to see children gifting toys they made out of plastic waste. Such an initiative helps recycle plastic. The schools and students are very cooperative and help with the necessary things such as used pens, markers and all other plastic waste,” she adds. Her dream is to complete the journey of Kalivandi before August 18. She says she will always keep this vision with her and fight against plastic pollution.