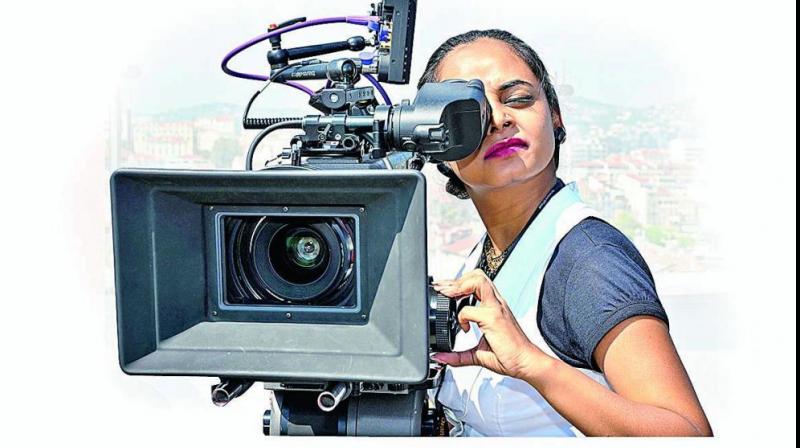 Representing global tone and free-spirited aspirations in her films, Modhura’s idea of cinematography has no rules. (Photo: File)

Mumbai: Although this year’s Cannes Film Festival wasn’t a huge affair as far as Indian films are concerned, 28-year-old Modhura Palit, a Kolkata-based cinematographer, made waves by becoming the first Indian to receive the Angenieux Special Encouragement Award.

Introduced in 2018 at The Pierre Angenieux ExcelLens in Cinematography ceremony at the Festival de Cannes, by a French zoom lens manufacturing company named Angenieux, the award is conferred to film school graduates with some independent experience.

“It feels wonderful. I’m truly humbled by the honour. It’s a huge thing for me. It’s amazing that an institution is doing something like this to propagate and promote new talent on the global platform. It’s truly brilliant,” says Modhura, adding that she doesn’t know why she was chosen to receive it.

“I really don’t know why was I chosen for this award. I had asked them (the jury) as well. They said that ‘we loved your work and what you are trying to do’,” Modhura recollects. She adds that the jury loved that she so deeply promotes independent film making, as well as her style of imagery. “They felt that I have a certain temper, an angst that they wanted the world to know. I found it as a very interesting perspective,” she says. 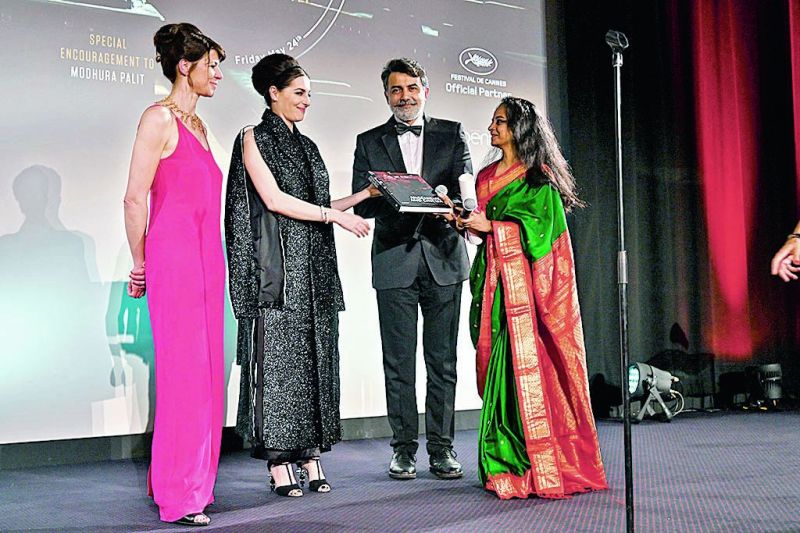 An alumna of the Satyajit Ray Film and Television Institute, and Asian Film Academy (AFA), Modhura has worked in three feature films and had done numerous short films, documentaries, and ad films in different languages. She is also a member of Eastern Indian Cinematographers Association (EICA). Her film Paper Boy was shot in black and white and The Girl Across The Stream was a part of the 2015 Looking China Youth Film Project. She has also made a 15-minute-long Korean film, titled Meet Sohee, in collaboration with the AFA fellows. In addition, Modhura has worked on one of the first virtual reality films in India. When asked about the challenges she comes across while working on various linguistic and technically demanding projects, she says every project comes with its own set of problems but cinema has universal language. “It’s always a new challenge and new obstacle to overcome. Everyone across all religion, language and boundaries work together in the language of cinema itself. Once you understand the aest
hetic of films then there is no problem,” explains the artist.

When asked if she has plans to work in Bollywood films, the cinematographer lets it know that she is open to the idea. “If any opportunity comes, obviously I’ll take it. We all want to do better and more budgeted work,” she confirms with a smile.

With her illustrious body of work, the Modhura is a  proof that Indian women in her profession are warriors, fighting against patriarchy and societal norms. Nevertheless, many are still apprehensive to work with women camera operators. “The basic concept is cinematographers should be brawny men tossing the camera up and down like a football. The idea that cinematography is a ‘manly’ job is a problem. Breaking it is still an uphill task,” she signs off.