The point I am trying to make is that these sarees were essentially worn by farm workers, fisherfolk and the like. 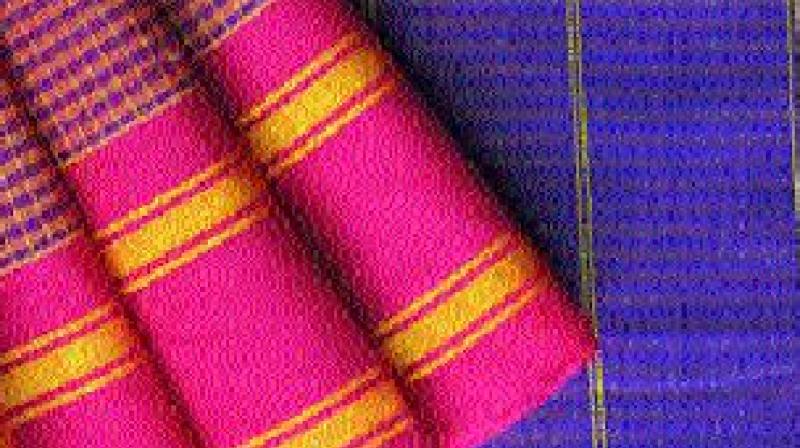 I just happened to browse through a book on African tribals the other day and was struck by the sheer plethora of objects, beads, buttons – including Coca Cola tin bottle caps that they use to decorate themselves. Men and women down the ages have attempted to look the best they can by wearing good clothes and using things to look prettier for each other and for themselves.

But having said that, with changing fashions, changed aesthetic norms have also come into place. Some of these are so outlandish both on fashion ramps as off it, that one wonders if it is being done to create revulsion or vibhitsa rasa instead of making followers looking the best within the frame of one’s availability of resources and aesthetic ability.

I am not sure how many people are aware of several large saree groups with as many as 50,000 members in some of them, on the social media of saree-wearing women who sport particular sarees as per the theme of the day/month or handlooms etc. Of late I stumbled on to hashtags and narratives that want to imply that dowdy is the new pretty. Let me start from the beginning. And woe to those who want to be normal and say being pretty or beautiful is fine. 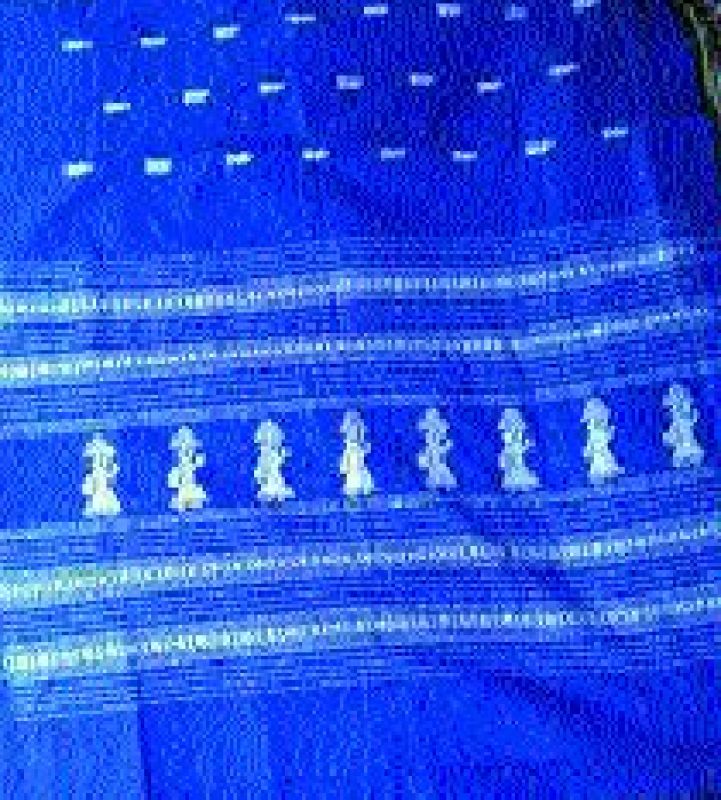 There have been individuals who are on these closed groups and have been claiming that they have revived certain weaving styles and sarees that fell into disuse. The names bandied around were kunbi, gamcha, gollabhama, Udipi, some even came up with Delhi sarees!

The fact is there was no weaving in the Udipi region earlier, what were termed Delhi sarees were woven in the Sonepat looms, the gamcha weave existed only in gamcha or towel format, no sarees wer  e woven like that, the traditional kunbi sarees were akin to nine yards sarees worn by fisherfolk in Goa and died out decades ago. A few local designers made high-end versions of kunbi but added value to it and made them classy and elegant wears. These “revival” sarees were just plain and simple coarse sarees with a halo! 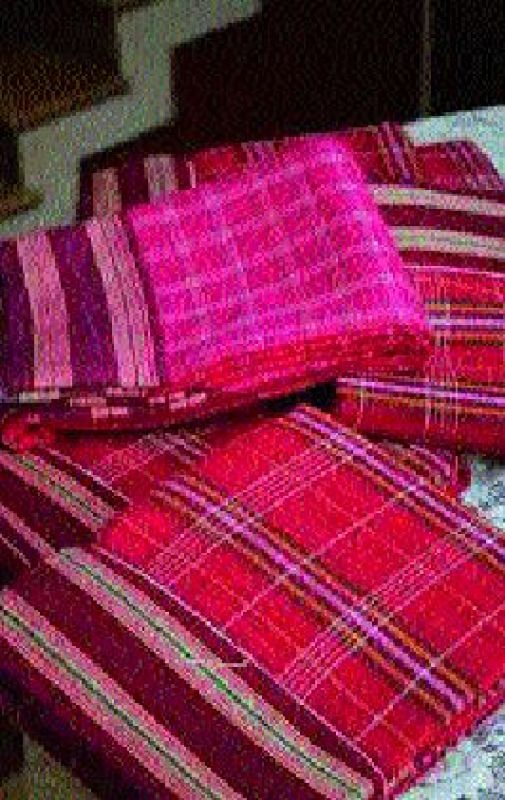 The die-hard handloomwali that I am, I was initially I was rather taken up by the romance of the revival and innovation in revival. But it turned out to be as much of a damp squib as the “innovation and experimentation” of Indian classical dance forms of the 80s. Many of these handloom “revival” were crowd funded projects. So much so that one of them even presented a paper in the Indian Institute of Management, several self-congratulatory pats on the back later, when like the emperor’s new clothes another person pointed out that these sarees are only dowdy nothing else, the dowdy brigade are trying to outshout the rest of women who are either to polite and not wanting to get into the screaming banshee fight controversies or just choosing to ignore them. And no matter what, I refuse to pin halos on being dowdy!

To me it sounds suspiciously like the Left brigade ganging up. The modus operandi is similar and the form of the sarees too is similar. The saree thus sold were all under Rs 1,000 and look like what were sold as janta sarees post-Emergency when the Janata Party came to power and these coarse and thick cotton sarees were made available to sell through co-operative stores, Super Bazars etc. As saree-wearing college students at that time it was the perfect choice for us, for they came in beautiful combinations and could be teamed up with practically any blouse, cost Rs 6 which was all we could afford on our pocket money. They also looked great on us as our role models those days were Smita Patil and Shabana Azmi who ruled the silver screen. Wearing kajal, kolhapuris, bindis and jhoolas with these sarees became our unwritten uniform. 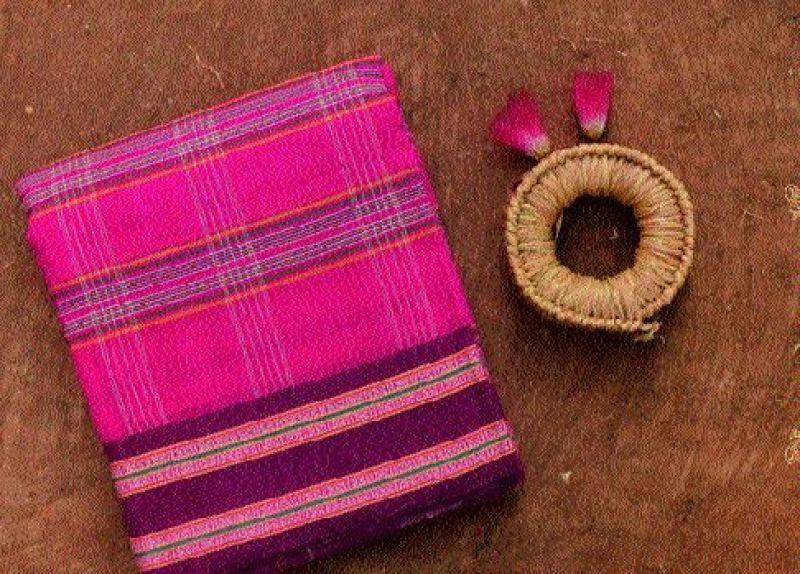 The point I am trying to make is that these sarees were essentially worn by farm workers, fisherfolk and the like. They were meant for rough day to day wear. Over the years working hands opted for either synthetics or look alike sarees of the expensive silk versions in synthetic materials which are easy to wash and wear, they last longer, no colour runs and look fine for years on end even if worn daily. It is not only a matter of choice or aspirations wherein the working classes want to be perceived to be upwardly mobile but sheer convenience. That the synthetic sarees are eco-unfriendly, not suited to the weather etc is another matter.

My contention is that if tradition is a flowing river, then it must also evolve. Not every tradition needs to be preserved for posterity. Just by pinning a halo around every outdated custom and trying to outshout and heckle those who don’t agree and call a spade a spade is not the best form of being inclusive. This is more like if the working classes won’t wear it, let us wear them and show them how great these coarse saree are. All the while the maids are wondering if the memsahib has finally lost her marbles!

I would be happier if this revival brigade had tried to upgrade the skills of these very artisans and helped them learn better skill to weave better quality sarees than make them set up looms to weave these fad type sarees. Once having bought them, none will touch them with a literal and proverbial bargepole.

They can’t be worn anyplace “nice”, or in professional situations or even social interactions save with other similarly inclined people. And the worst is when some genuine revivalist is actually doing a lot of research and development to work with master craftsmen say for instance in expensive forms of Banarasi sarees, he is termed an elitist.

Then there is another brigade of sellers who play the game so smart that one can only marvel at their genius and their audacity. Just before launching specific collections or high end sarees, they come up with some supposed family heirloom story or post some saree with some too-good-to-be-true narrative. This narrative then works as their testing waters and market survey both. Once they glean what they want via the response, they launch a few pieces, which are supposedly sold out within seconds and minutes. This is ridiculous to my mind. Buying a saree must be an act of pleasure and not a game of fastest finger first. It are the same people who bully the weavers asking them to not sell others the same design and charge five to 10 times more than even retails prices. But of that another time!

The writer  is an art writer, curator and artist and can be contacted on alkaraghuvanshi@yahoo.com