The farther we move away from reducing women to their bodies in dance, the better it is for society. 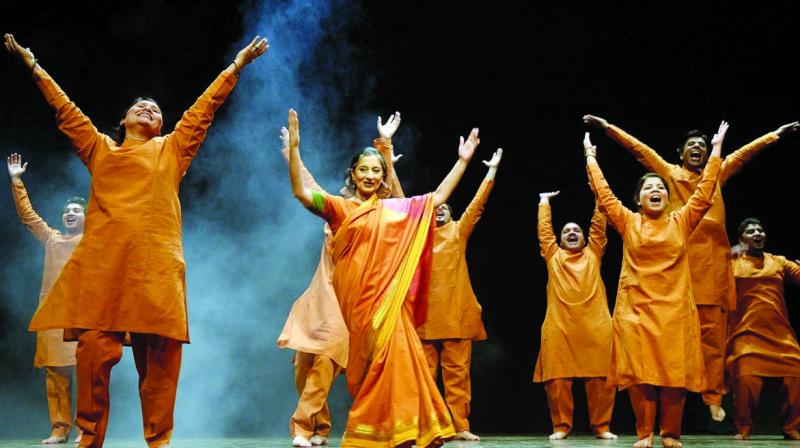 Classical dancers put on a performance.

The approach of International Women’s Day is an opportunity to reflect on a few of the many multi-faceted aspects of women as a gender in relation to dance and empowerment. Perhaps these “women hold up half the sky”’ focus lends itself more to reflection and awareness than celebration as, though there is much to celebrate, there is much to decry.

At the most perceptible level in India, parents are proud to have off-spring accomplished in what are called classical dance forms and professional dancers of the eight recognised classical forms are generally respected. Less than 100 years ago, neighbours would spit on the doorstep of a family who “allowed” their daughters to dance.

Tagore was incredibly visionary and brave in introducing dance for joy and communication as part of the college education at Santineketan from virtually the start of the 20th century. He drew on various folk and classical traditions to support his vision of Bhavanritya for student productions. Today every school in the county embraces this concept of dance and dance dramas using traditional forms as far as the level of their students’ capacity permits. Accomplishment in dance is now valued as both an acknowledgement of commitment to disciplined training and respect for traditional culture.

There has been an exponential increase in middle and upper class young women studying dance since the pre-Independence neo-classical revival days, though I recall that when I first came to India beautifully trained fellow students abruptly ended their dance lives as soon as they married. Happily, the stigma of “allowing” the bahu of the family to appear on a public stage has become increasingly rare. 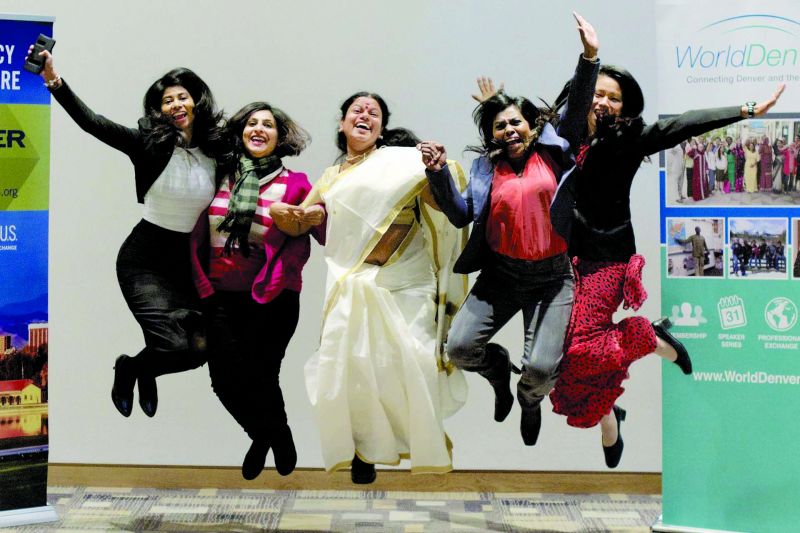 At the same time, East or West, dance is still largely stigmatised as unworthy of being considered a serious activity or career for a man. In an interesting article called “Why Women Dominate Modern Dance,” Roger Copeland described dance as “the art of pure physical presence in which women are most fully reduced to and equated with their bodies.” He wrote in this context how Modern Dance pioneers like Isadora Duncan, Martha Graham, Ruth St. Denis, and Katharine Dunham, and others courageously rebelled against the corsets, slippers and limited view of the feminine in classical ballet. The founding mothers and some fathers of Modern dance danced with bare feet and bare emotions which was a revolutionary departure from most other art traditions which were male driven and male dominated.

I grew up in a progressive dance conscious city that hosted performances and residencies by all the greatest American and international dancers, including even Uday Shankar and recognising Rukmini Devi Arundale with an honours doctorate. In the dance education atmosphere, one took for granted that dancers had to be acquainted with literature, poetry, philosophy, music and art history alongside body mechanics. While there were certainly men as well as women in the forefront of the dance world, this was an era where women of intelligence and creative passion were drawn to dance.

Elizabeth Zimmer, Dance editor of New York’s Village Voice was an alumna of Bennington College with my elder sister, one of only two colleges offering a dance major in the 1960’s. I can never forget her response a couple decades ago to my question “Why does contemporary dance seem less engaging these days, even though technique is excellent?”  I was stuck by her assessment that the talent pools of the best and the brightest women have many more creative career options as we drew closer to this century.

Of course, there are still plenty of terrific women dancers and choreographers in contemporary concert dance in the West and coming into the fledgling field in India continuing the legacy, but it was thought provoking to consider that progress in women’s empowerment across the professions in the west impacted the world of dance.

Twyla Tharp and Pina Bausch exemplify intellectually rich dance perspectives that shift audience attention to focus on the dance and not a body in terms of gender.

In the ballet world, leadership roles remain mostly occupied by men and decisions on grants and choreography are influenced by the male gaze. In India there are different equations in the classical and contemporary dance world.  With dance genres originating from all male, all female, solo or group traditions, it is impossible to fairly encapsulate the diversities in any all-encompassing statements.

Women have bravely committed to careers in previous all male dance forms such as Kathakali, Chhau and Manipuri Cholom just as others have entered the military and drive taxis. Dance and dance-drama practices like Kuchipudi, Gotipua, Sattriya and Jatra reflected a societal view that only men should take on the roles of women in public performance.

Ideally, the presentations of previously temple based, female solo classical reconstructions on the stage aspire to evoke a spiritual consciousness rather than simply flaunt the female figure.  Both men and women equally excel in interpreting the masculine, feminine and androgynous elements of the expressive and pure dance components yet audiences and sponsors still have a way to discern the dance itself as paramount.

There have been times in history when the enchantment of dance served decadent and voyeuristic interests more closely aligned with the oldest profession in the world than the aesthetic expression of the highest values of culture and art. The farther away we move from “pure physical presence in which women are most fully reduced to and equated with their bodies”, the better for every society, for culture, for the world of dance, and for our humanity.

Sharon Lowen is a respected exponent of Odissi, Manipuri and Mayurbhanj and Seraikella Chau whose four-decade career in India was preceded by 17 years of modern dance and ballet in the US and an MA in dance from the University of Michigan. She can be  contacted at sharonlowen.workshop@gmail.com.