Art in the buff: Paris museum opens up to nudists

There are 2.6 million naturist practitioners in France. 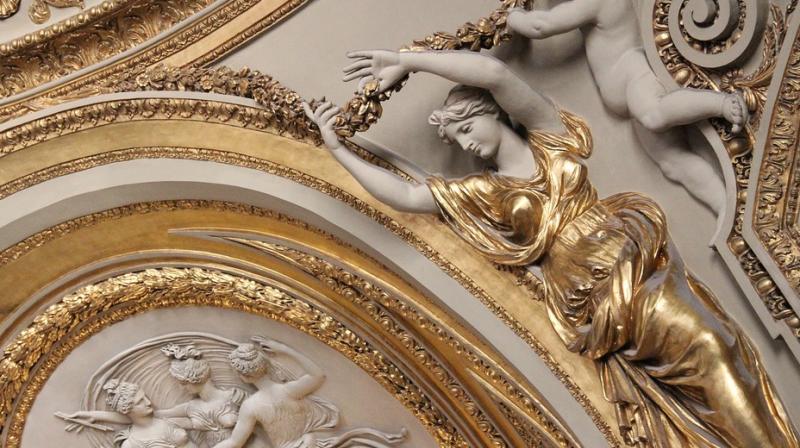 PARIS: A Paris museum opened its doors for the first time to nudist visitors on Saturday, granting them special visiting hours to tour an exhibit in a one-off naturist event.

The Palais de Tokyo contemporary art museum, in Paris’ plush 16th district, is the city’s first gallery to grant such access, though naturists have recently launched other initiatives in the French capital.

A park in the east of Paris, the Bois de Vincennes, last year trialled the city’s first dedicated nudist zone, and the space recently re-opened ahead of the summer months.

Naturist campaigners said the museum event, with around 160 attendees, was a breakthrough in one of the culture capitals of the world.

“The naturists’ way of life of is to be naked. Culture is part of our daily life, and this is a special opportunity,” said Julien Claude-Penegry, communications director of the Paris Naturists Association, in the Palais de Tokyo’s vast concrete and steel hallways. “Today, the mentality is changing. Naturists ... are pushing past barriers, taboos or mentalities that were obstructive.”

According to the association, which has 88,000 followers in Paris alone, there are 2.6 million naturist practitioners in France.

Next in store is a nudist clubbing night planned for later this year.

Nudist events at museums are not unheard of. A gallery in Vienna invited visitors to take their clothes off for a special viewing in 2013 of an exhibit dedicated to paintings of male nudity, while a museum in Australia has also opened its doors to naked viewers.