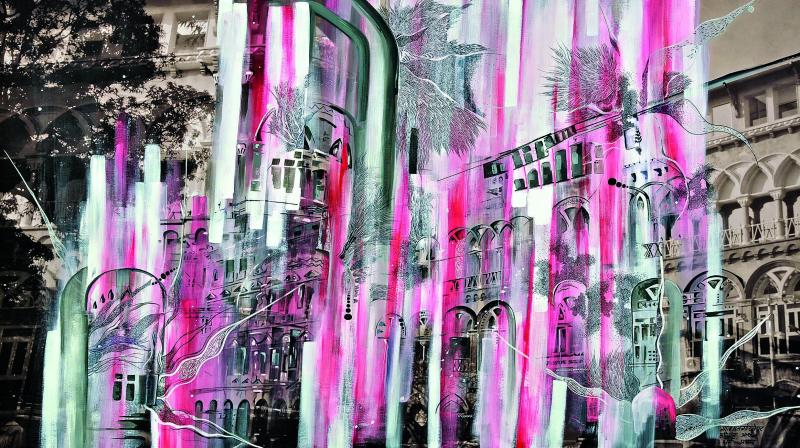 Painting over a painting giving eyes an illusion, artist Akshita Gandhi’s work evokes various emotions besides bringing a smile to your face. An internationally renowned artist, Gandhi’s art oscillates between phantasm and reality.

For someone creating mix-media artwork, her pieces are intricate designs painted carefully over the photographs taken by the 31-year-old. “I believe, in photography producing just pictures isn’t enough. It needs re-touch because it has to have some kind of innovation. That is how I came up with my own style, mixing the two: photography and painting,” shares the artist.

Having already exhibited her unique art form at Miami, Hong Kong, and Dubai, Gandhi is all set to exhibit two of her works at the 9th edition of Market Art+ Design at Bridgehampton Museum in New York. She will be displaying a photograph from her series Midsummer Night’s Dream, Fairy Lights and Rogue Atoms and a mixed media artwork from the series Agamemnon’s Reverie. 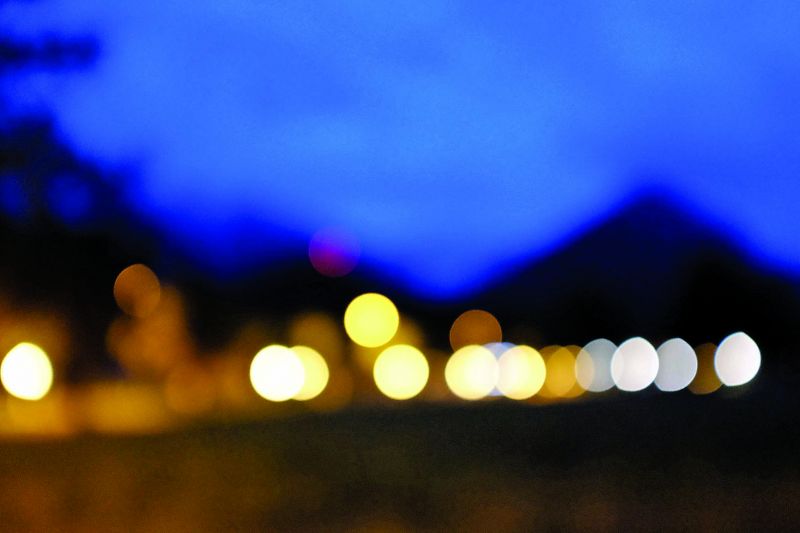 “The Agamemnon’s Reverie is a photograph taken at the Horniman circle over which I have put some massive burst of fluorescent pink covering the structure in vertical. Using the greys and white, I have highlighted the structure over the artwork. The colours black and white represent reality and humdrum and various shades of pink symbolise a tainted dream. It almost looks as if it is raining on reality with your dreams and illusions with a lot of paint and intricate design done on it. The eyes tend to sway between the structure and the artwork,” she explains. 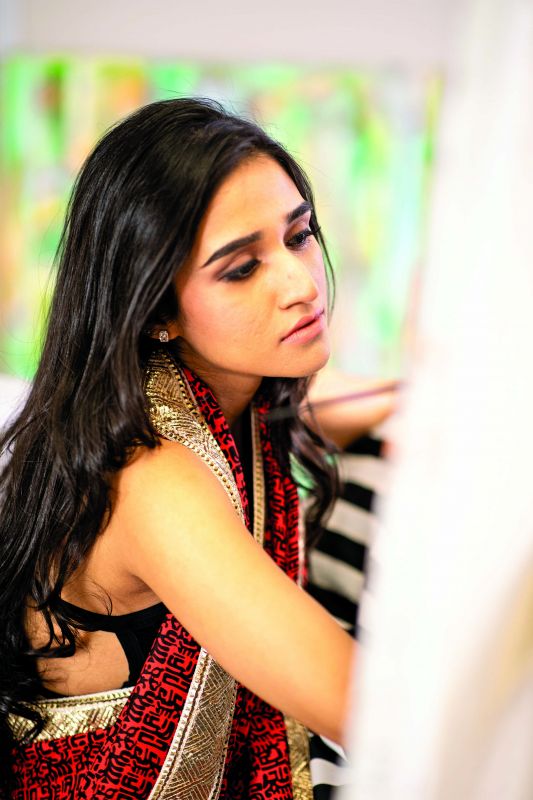 Her second piece— Midsummer night’s dream, fairy lights, and rogue atoms — is a photograph taken in Switzerland. “It symbolises that we are living a crazy chaotic life, but if we just lie down and stare at the sky, appreciating the little twinkling stars, it is magic in itself,” she adds.

The artist maintains that her work has a lot of historical references and the art created over them is around the theme of magic and escapism.

“There are structures in the photograph that are more solid and stagnant, while the work over it is fluid. Once the photograph comes to me, depending upon the structure and the elements, I start painting over it. It is almost like an illusion where I use a lot of bright, happy colours and varied designs,” shares Gandhi.

While her initial works have hues of black and white only, it was after she started travelling that the importance of colours seeped in. “A black and white would definitely evoke emotions of how beautiful the painting or picture is, but with colours, the magic is beyond. When you see a burst of neon paint, or of orange or yellow, it immediately brightens up your day. The more I used colours, the more I had people saying, ‘That just made me smile’. That is the kind of emotion I want to evoke in my audience,” she states.

For the painter who has been playing with the brush from the age of three, art is an important way of expressing self and spreading the message one wants to. “I believe it is also something that my audience should feel happy about when they look at it. If looking at the crazy burst of colour and designs brings a smile to my audience, that I believe, has more impact on people. If you look at the art you have created that hasn’t made the audience smile, then what is the point of it,” she shrugs.

But as a painter, Gandhi is of the opinion that an artist tends to get inspired by everything. “When I hear an interesting idea, see anything visually appealing, read something, I get inspired. You don’t know when the inspiration will strike you. As an artist, your way of looking at life is different,” she concludes.