Masterpiece by Raza to under hammer for first time

Created during Raza's formative years in France, painting displays a semi- abstracted view of a town in rural Provence. 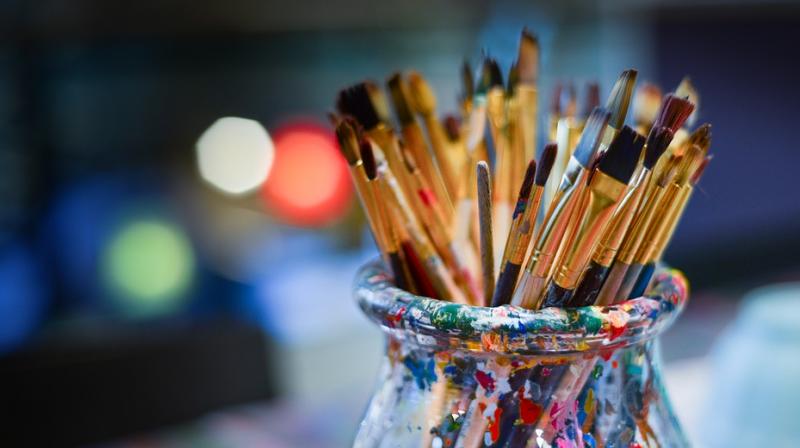 'Ville Provencale' was first exhibited at Venice Biennale in 1956, before it was secreted away into private collections for many decades.

New York: Hidden from public view ever sinceits first appearance in 1956, 'Ville Provencale', one of Syed Haider Raza's rare works, will go on sale for the first time at Sotheby?s Modern and Contemporary South Asian Art Sale here on March 19.

'Ville Provencale' was first exhibited at Venice Biennale in 1956, before it was secreted away into private collections for many decades.

Created during Raza's formative years in France, the painting, distinguished by its vivid colors, displays a semi- abstracted view of a town in rural Provence.

Terming the art a "momentous, museum-quality work", Yamini Mehta, International Head of South Asian Art, said that the painting is "a unique hybridisation of Raza's deep rooted Indian heritage with the post-war modernism that was blossoming in the French art scene".

"It is extremely rare for works by S H Raza from the 1950s of such size and calibre to come to the market. From its illustrious beginnings when painted under the patronage of renowned gallerist Lara Vincy, who was responsible for establishing the artist in the European art market; to its unveiling at the 1956 Venice Biennale, and finally the time spent in a private collection, Ville Provencale is a masterpiece," Mehta said.

Raza, along with M F Husain, Dinkar Kaushik and Akbar Padamsee, represented India at the Venice Biennale, where Ville Proven?ale was first displayed in 1956.

S H Raza's influential relationship with France began in 1950, when he left India for Paris with a bursary from the French Government to study at the ?cole Nationale des Beaux- Arts.

This was to be Raza's first experience of France, during which he was exposed to the works of Post-Impressionist artists, in particular, Paul C?zanne and Vincent Van Gogh, who became major sources of inspiration to the artist.

Raza's move to France provided him with the foundation on which to grow and flourish as an international artist; however it also encouraged him to reconnect with his Indian heritage.

These compound influences proved most significant. Ville Provencale will be exhibited at The Oberoi Hotel in New Delhi on February 22-23 as part of a traveling exhibition of highlights from the sale.