Singha believes that beyond all dichotomies and divisions, we all are one — the world is one family. 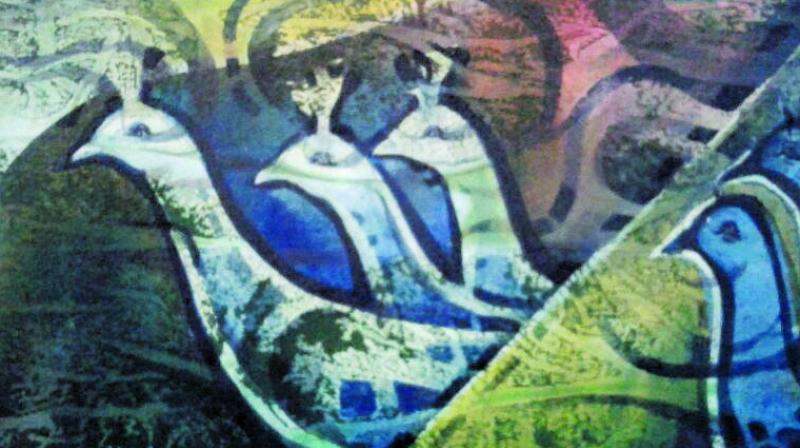 Artist Bhaskar Singha’s exhibition Realms of Peace — 2, is inspired by nature and all things that help calm the mind and concentrate all emotions into one point, thereby inspiring the emotion of brotherhood.

All religions preach peace and sense of brotherhood. Inspired by the Sanskrit phrase Vasudhaiva Kutumbakam on the same, artist Bhaskar Singha presents his solo exhibition Realms of Peace — 2 at Convention Centre Foyer, India Habitat Centre, Delhi from January 6 to January 10.

While Singha’s previous exhibition focused more on Buddhism, this one is inspired by nature, and things that have a calming effect on one’s mind. Things that will soothe one’s mind and lend a sense of brotherhood. 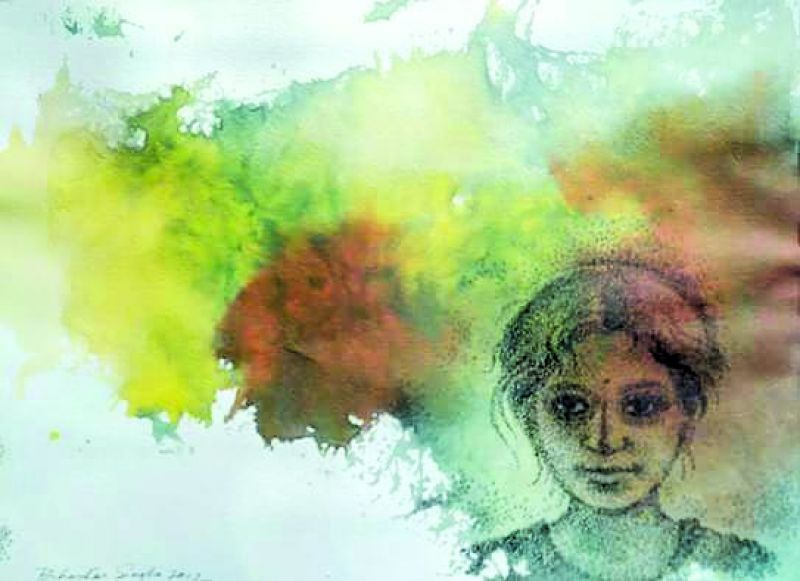 Singha believes that beyond all dichotomies and divisions, we all are one — the world is one family. The more we seek wisdom, the more we become inclusive and free our eternal spirit from worldly illusions or maya.

“I wonder why we fight and what we are thinking when we engage in such violent activities…World peace can be achieved only by librating ourselves from artificial boundaries that separates us all, as preached by all religions Hindusim, Jainism, Buddhism or Sikhism”, says Singha. 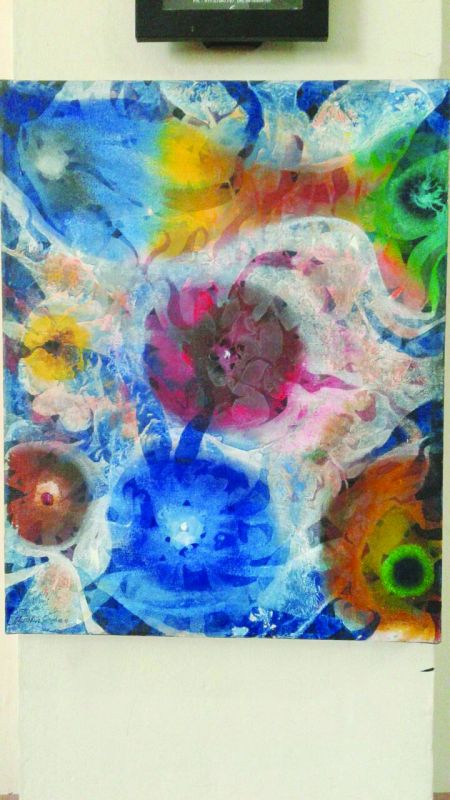 Singha’s art works are influenced by peace, and happiness that lies within our hearts. Plumbing the depths of human mind, Singha’s paintings exude happiness and peace. It’s like music that doesn’t recognise the barriers of language.

The art works are full of optimism and paintings like that of River Ganga titled Maa Ganga is clean without pollutants and is gushing towards the sea. Inspired by Baul singers is a painting that has the singer as well as listeners lost in trance as if united by tranquil music. 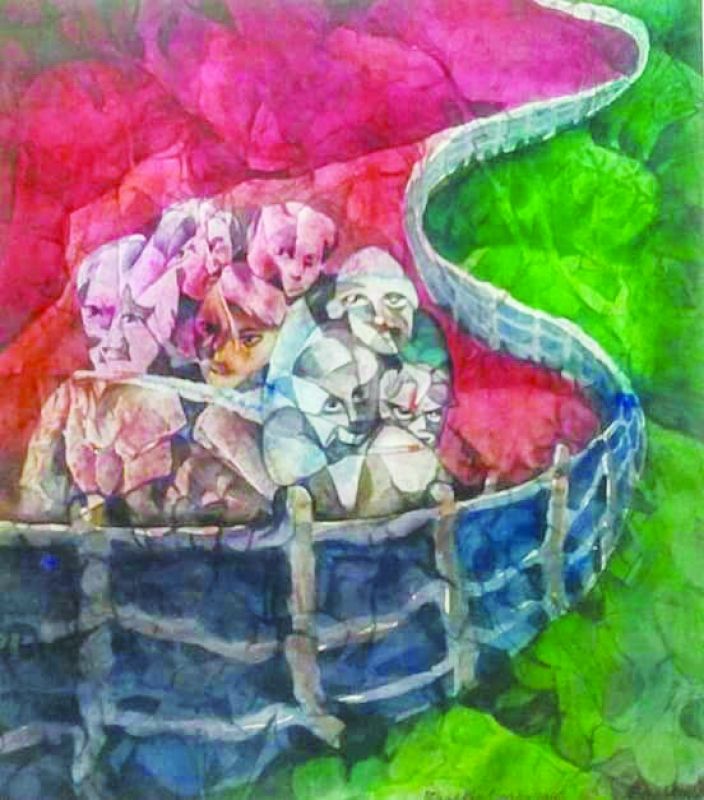 Peace of mind shows circles within circles that move from dark to light to again dark with threads of various colours moving in different directions showing how peace if difficult to attain but it is not impossible. Feeling Happy I depicts a girl playing Dandiya while Feeling Happy II is full of blue flowers and bright reds. Paintings like Village Girl, Dreams, Morning Times, Royal Bengal Tiger all depict nature at its best.

Singha’s uses the layer technique to lend an effect of wind in most of his paintings. A breezy wind is shown in colours of blue and red. Light blue layers can be seen in works where nature and birds like peacocks and pigeons are drawn. And where human figures are used then we see grainy layers added to paintings. One can feel the power of the wind in the form of a violent storm, a cyclone or even a gentle breeze. In all these forms it mirrors the feeling of a woman,

Singha feels, the feeling that range from fear, violence, or sheer joy. Adding to the air of mystique that envelope his canvases is Singha’s use of colour. The light blue merging with vermilion, the sinuous forms, the emblematic lotus and the ascetic garb of the monks, enhance this overlay. Done mostly with acrylic, few paintings use watercolours too.

“I think every creation is bound in a cycle which revolves every where in the universe as a wind. As wind blows up and changes its shape in different ways, so our life goes on to reflect the various moods of our emotions. Painting is
mediation to me and I achieve pain, pleasure enjoyment and satisfaction by getting involved into this process of creation, space, colour, form and figures are my serious balance there by giving spiritual satisfaction”, says Singha.

Singha’s paintings are an attempt to spread the language of peace.