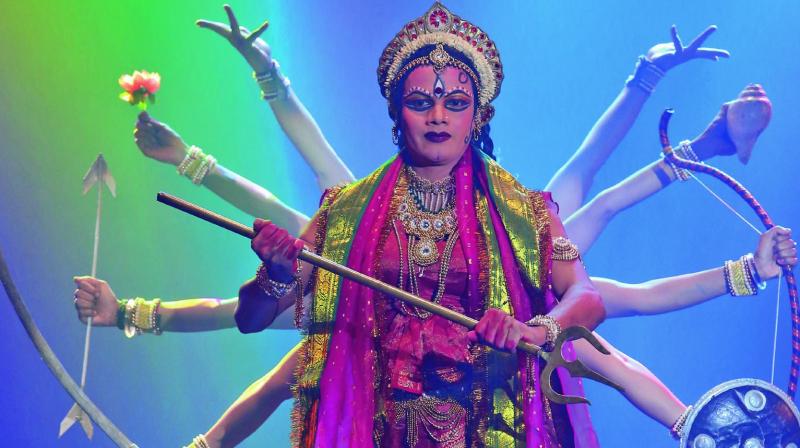 What is the role of myth in today’s culture? How could they be reinterpreted? How can traditional mythology be visually reinterpreted to create new connections for GenY? Shriram Bharatiya Kala Kendra’s annual four-day festival will witness dance-drama that not only reinterprets mythology but also aims to break all stereotypes and bend gender rules.

Festival of Ballets 2017 will present four productions — Meera, Durga, Karna and Khajuraho — all the stories mirror the changing times we live in and resonate our emotions, expresses Shobha Deepak Singh, director, Shriram Bharatiya Kala Kendra and adds, “I wanted to reinterpret these age-old stories in a way which is relevant to our society today. Each character symbolises the dilemmas and traumas of modern-day society, each woman defies the male order and each demon (mahishasur) that lurks in every corner is slayed by strong powerful women who are independent and self-sufficient. We are bending all gender rules here, and you will see a man playing Durga and this will become apparent only when the costume comes off.”

She continues, “These characters are so pertinent today. Their stories need to be told over and over again to evoke an understanding of the important lessons history has guarded so carefully for us.” 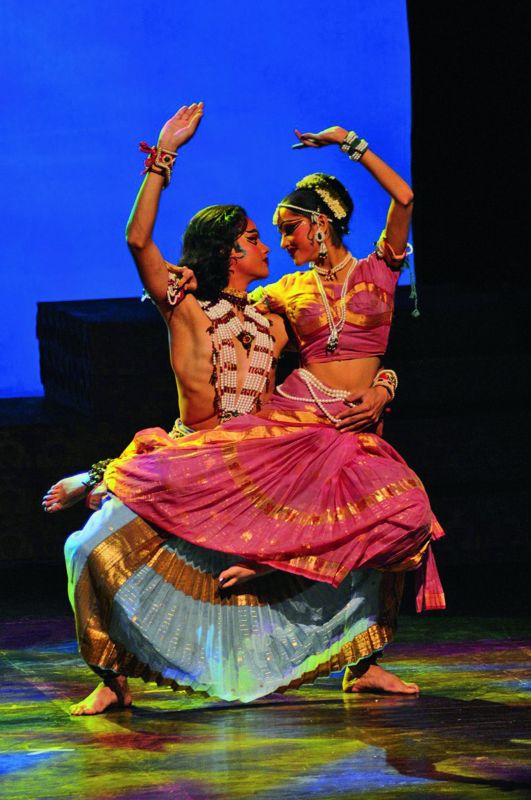 In the ballet Durga, the title role played by Shiburam Mohant, an evocative scene captures the true power of a woman. Talking about casting a male to enact a strong woman, Shobha shares, “It is not the first time that a male is enacting a female character on stage. Eminent dancers like Pandit Birju Maharaj and others have done it in the past. And many a times, they have captured the emotions better than female dancers. I believe every male has a few qualities of a woman and vice-versa signifying ardhanarishvara.”

Sharing his experience of playing Goddess Durga on stage, Shiburam Mohanta says, “For me Durga was a religious deity, created from the combined forces of the gods, as neither submissive nor subordinate... a goddess to be worshipped. But after playing the role of Durga, I have come to realise her relevance in modern society. She is not just a religious, mythological being. There is a Durga in every woman who has to fight the male-dominated society, face atrocities heaped on her in every sphere of life and on a daily basis. She is not some “far gone goddess”, but is manifest in the brave acts of ordinary women today. She is not just one woman, she is every woman.”

The audience will also get to see a different side of Meera, one of the greatest poetesses of our country. Celebrated for her love for Lord Krishna, Meera in the ballet is shown as a woman who posed a challenge to the feudal order. Played by Molina Singh, a well-known Odissi and Kathak dancer, Meera shows she exists in every woman who is free to make her own choices — her dancing and singing symbolising female abandon. “I could call Meera the first feminist of our country. Her sense of justice, her ability to meet every challenge and the strength to overcome all forces is an inspiration. The creation showcases Meera’s travel of embracing her liberties, which is an inspiration for today’s generation.”