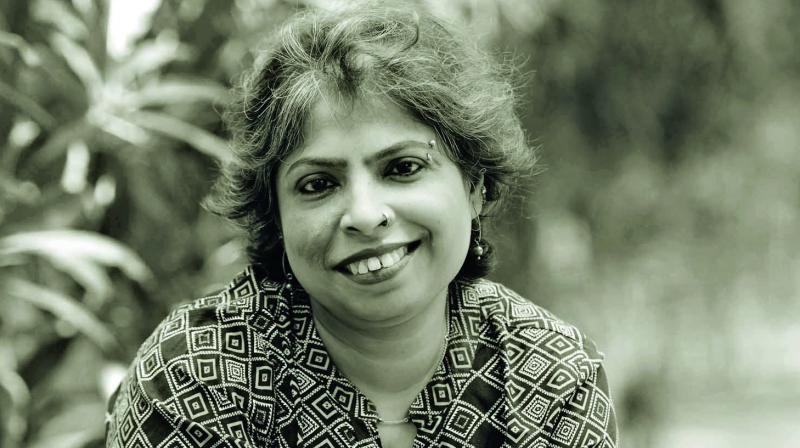 Sanjukta Basu, a traveller-photographer from Delhi, has taken up an interesting project called ‘Women and Body Art Project’, which is a series of photographs of many ladies and their tattoos. Sanjukta started her journey from Kolkata, and has travelled through Chennai and Bengaluru hunting for fascinating subjects.

The idea for ‘Women and Body Art’ was itself inspired from her life, begins Sanjukta. “I got my own tattoo last year. But, I have wanted to have it for a long time and was waiting for the right kind of design. So, when I realised that I have put so much of time for my tattoo, I thought about the other women and the stories behind their tattoos. I wanted to know them and that’s how the journey began.” 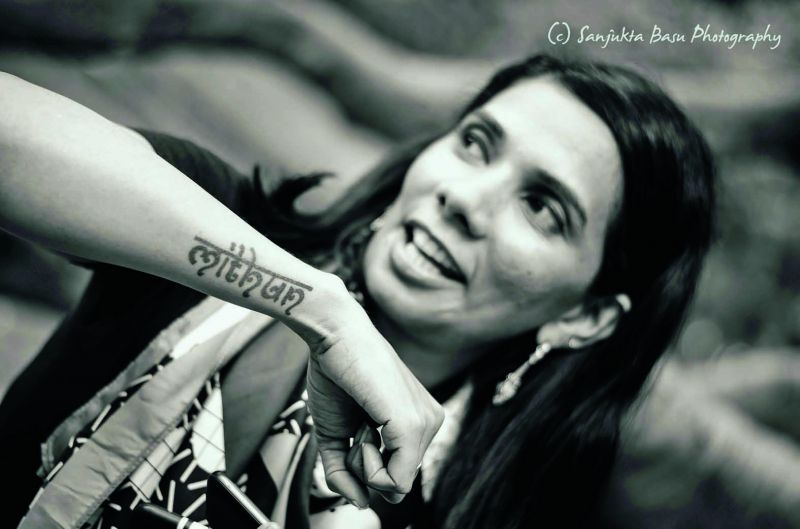 Photographs from her series

There have been many emotional and happy stories that the photographer has encountered during her travel and she reminisces about one such subject. “I met a woman in Bengaluru, who got a divorce after a very bad marriage. She felt that everything in her life was going south. Then she resolved to make something good with all the negativity she had gone through. That’s when she decided to have tattoo, which looks like a knife stuck inside her skin with blood oozing out. The blood then changes into flowers. There are many  such women, whom I have met during the journey of this project.”

Sanjukta’s own tattoo has a boat sailing amidst waves and birds flying. It also has the line, ‘Wherever the wind takes me’. Talking about what tattoo means to her, she says, “For me, it is a very important statement about my life. So, it is like a status update on Facebook or WhatsApp — it is not going to be for just a day or two, but there forever; something that is part of your identity. That’s for me; for someone else, it can be like a token. I met another  lady, who had a small tattoo which she claims to keep her grounded.”

Sanjukta also has plans to take the project down to rural towns. “I want to make a coffee table book or set up an exhibition with the series. It is more like a research project, which is set to find the women’s identities. That’s the larger plan.”